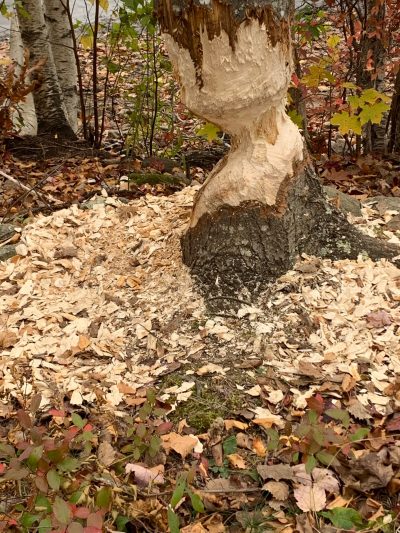 In early October, friends and guests of the Johanssons in Munsonville saw a fairly large mammal swimming across the cove on Granite Lake. Most surmised that it was an otter because why would a beaver be so far from the wetlands, its natural habitat? Of course, our guests from Burlington, VT assumed it was some version of Champ, the mythical lake monster that is said to live in Lake Champlain.

Then, on October 22, we noticed a tree near the lake that had clearly been assaulted by Castor Canadensis…the flat tailed rodent we know as a beaver. With the way the tree had been notched by nature’s logger, we assumed it would fall away from our railing that surrounds a sitting area on the lakefront.

Then came the windstorm on October 25. With strong winds out of the northeast, the tree fell away from the notch and crashed into our railing causing a small amount of damage but creating a big mess. Fortunately, the lake level was down to its winter level and the cleanup was at least a dry one. 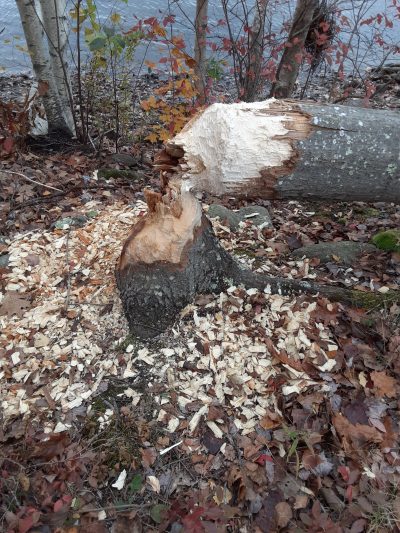 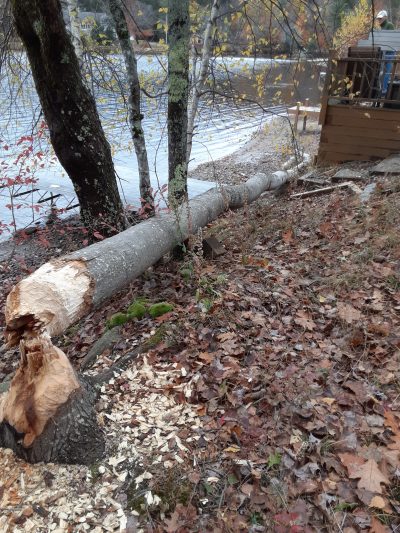 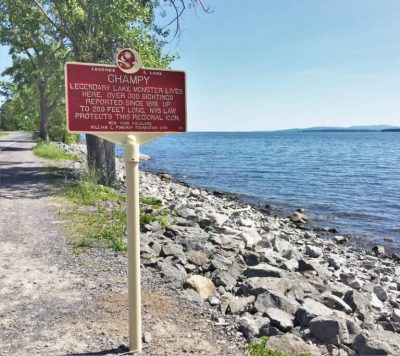 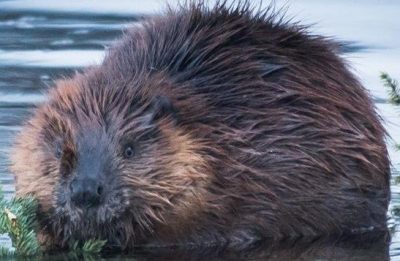 The North American beaver is a keystone species, a unique organism that supports the entire biological community. The term “keystone” refers to a wedge-shaped block that forms the apex of a stone arch, the brick that holds the entire span in place. If you remove the keystone the arch collapses. The same can be true of a keystone species—their removal can contribute to an ecosystem collapse.