Culinary Curiosities from The Nelson Cookbook

Culinary Curiosities from The Nelson Cookbook 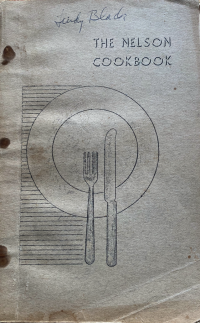 With the winter holidays upon us, it is time to flip through cookbooks and magazines for new ideas, dig out old favorite recipes, and plan a feast or two. In 1953, Parke Hardy Struthers, author of the Nelson history, published The Nelson Cookbook, a compilation of recipes and lore he had collected over the years. It has some recipes dating to the early days of settlement, and many from the 1920s and the Depression, when the town’s population and fortunes were at a nadir. Few would be described as sumptuous.

Still, you get a sense from reading it that Nelson’s spirit of resourcefulness was strong, and cooks were adept at using a limited range of ingredients and cooking equipment to feed their families. Many ingredients, especially vegetables, were boiled for a long time, until they basically congealed into “pudding.”

The first recipe that got my attention is this one, dated 1830. 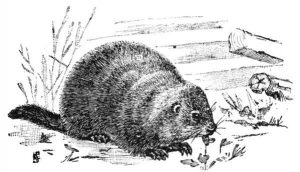 Roast Woodchuck (1830)
Remove the glands on the inner side of the forelegs. Soak meat of chuck for one hour in cold water containing ½ cup vinegar and one teaspoonful baking soda. Parboil whole, stuff and bake. Another method is to disjoint meat, salt and pepper, roll in flour, brown in hot fat, and simmer in Dutch oven until tender.
Squeamishness Alert: If you gag at the thought of eating certain foods, do not read the following paragraph, but go straight on to Mock Sausage.
Parke Struthers added his own side note to the Roast Woodchuck recipe:
“Did you ever eat porcupine livers?” This was the question put to me by a summer visitor. “No, I don’t think I ever have,” was my reply. “Well, you should try some, they are delicious, especially with those tapioca-like lumps scattered all through the liver.” I did not disillusion the lady by explaining that the white lumps were the encysted state of the porcupine hookworm.

The staple of many a potluck supper, potato salad only has one entry in the cookbook. There are five Salad Dressing recipes, each a variation on a boiled dressing that could be thinned with milk or cream. The author of this recipe, Hazel K. Rowe, offered her mother’s versions.

Mother’s Potato Salad (1900)
Chop potatoes (presumably cooked –Ed.) and onions in bowl until fine. Add hardboiled eggs and chop again. Use enough salad dressing to give consistency of dough. Too much dressing makes it pasty. 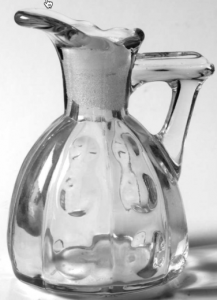 Next I found a recipe to use at the end of the winter, when the vegetables stored in the root cellar are starting to sprout.
Turnip Tops (1835)
Turnip tops are the shoots which grow out (in the spring) of the old turnip roots. Put them in water an hour before they are to be dressed; plenty of water will prevent them from tasting bitter. Add salt and boil 20 minutes.

The book has a couple of recipes that call for “Keene crackers.” These were probably large (6” square) crackers made in Keene by Gurnsey Brothers. Does anyone know more? This recipe is credited to Charlotte Kittredge Stone, Rose Hardy Barker, and Grace Barker Rawson, all relatives in some way of our own Priscilla Walter. 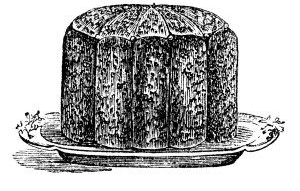 You can find this book in the Nelson library, or possibly your neighbor has a copy. Ours came from Lindy Black, daughter of Parke Struthers. It is a delightful glimpse of an era that valued both frugality and hospitality, embodied in this quotation: “It is not the quantity of the meat, but the cheerfulness of the guests, which makes the feast.” Happy Thanksgiving! 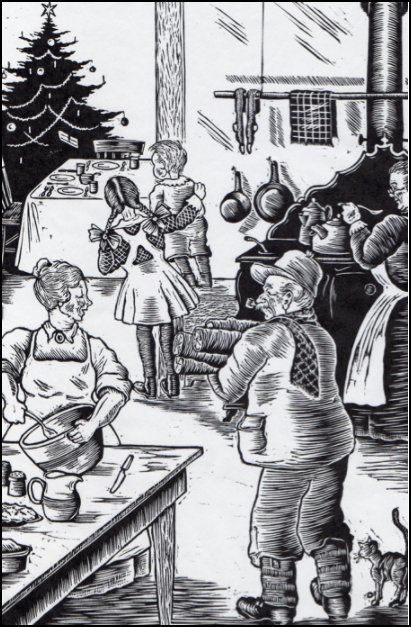 Preparing for Our Holiday Tables