At the annual meeting of the Granite Lake Association, just as guest speaker Chris Martin had wrapped up his presentation, the fledgling did a flyover around the lake. Is that cool or what?

Eagles on the Island! In the early morning, when the lake still looks like glass, I grab my camera, my dog and we jump into the canoe. We head toward the island. The island is located toward the north end of the lake. It is a great place to take a break from kayaking, leap from the jumping rock or take a swim in the shallow waters of the quiet cove. During the summer months blueberries can be found growing wild amongst the underbrush.

But this morning my hope is to capture the early morning activity of the bald eagles. The big news in the fall of 2018 was the arrival of a pair of bald eagles on the island. They had built a nest and the residence hope was that they would stay. This is the third summer the nesting pair has been at the lake and the fifth hatchling. Bald Eagles mate for life and this pair has made a home at the lake. The nest sits amongst the branches of a large pine. It has survived thunderstorms in the summer and snow storms in the winter. The adults will be seen around the lake all year round but do not always return to the nest, having to cover more territory looking for food. In the early spring, only dark fuzz can be seen peeking out from under an adult’s wing. As the weeks pass the hatchlings grow quickly and their cries for food can be heard across the lake. If you are lucky enough to live on the lake you will learn the feeding schedule and be able to watch the adults fly in with fish in their talons for the young. By July the fledglings have emerged from the nest as large, brown fledglings, stretching their wings and soon hoping to fly.

I make several trips to the island throughout the day, waiting for the best light and hoping to catch them in flight. Observing these incredible birds has become one of the highlights of my time spent at the lake. Viewing the Eagles can only be done from the water. Often, kayakers can be seen sitting in the calm water watching, waiting, hoping to see the bald eagles fly or the fledglings poke their heads out of the nest. “Do you know we have Eagles on the island?” is a common greeting as one approaches the island.

By the end of July the adult eagles no longer guard the nest and make fewer appearances on the island. The fledglings have taken to the pines, during the day, using its dark feathers as camouflage. If you are lucky enough you can catch a glimpse of it circling the tree tops testing its wings. After 12 weeks in the nest it is now time for the juvenile eagle to start hunting for its own food and explore the area. Come fall it will move to an area with a larger food supply. The first year of a young Eagles life is the most risky as it learns the ways of the wild. It will take close to 4 years for it to get its white head and be considered mature Eagles. In the wild Bald Eagles can live between 20-30 years. I look forward to seeing the return of our Eagle pair and the arrival of new hatchlings in the spring. Wendy Wollaeger

At the annual meeting of the Granite Lake Association, just as guest speaker Chris Martin had wrapped up his presentation, the fledgling did a flyover around the lake. Is that cool or what?

All photos by Wendy Wollaeger 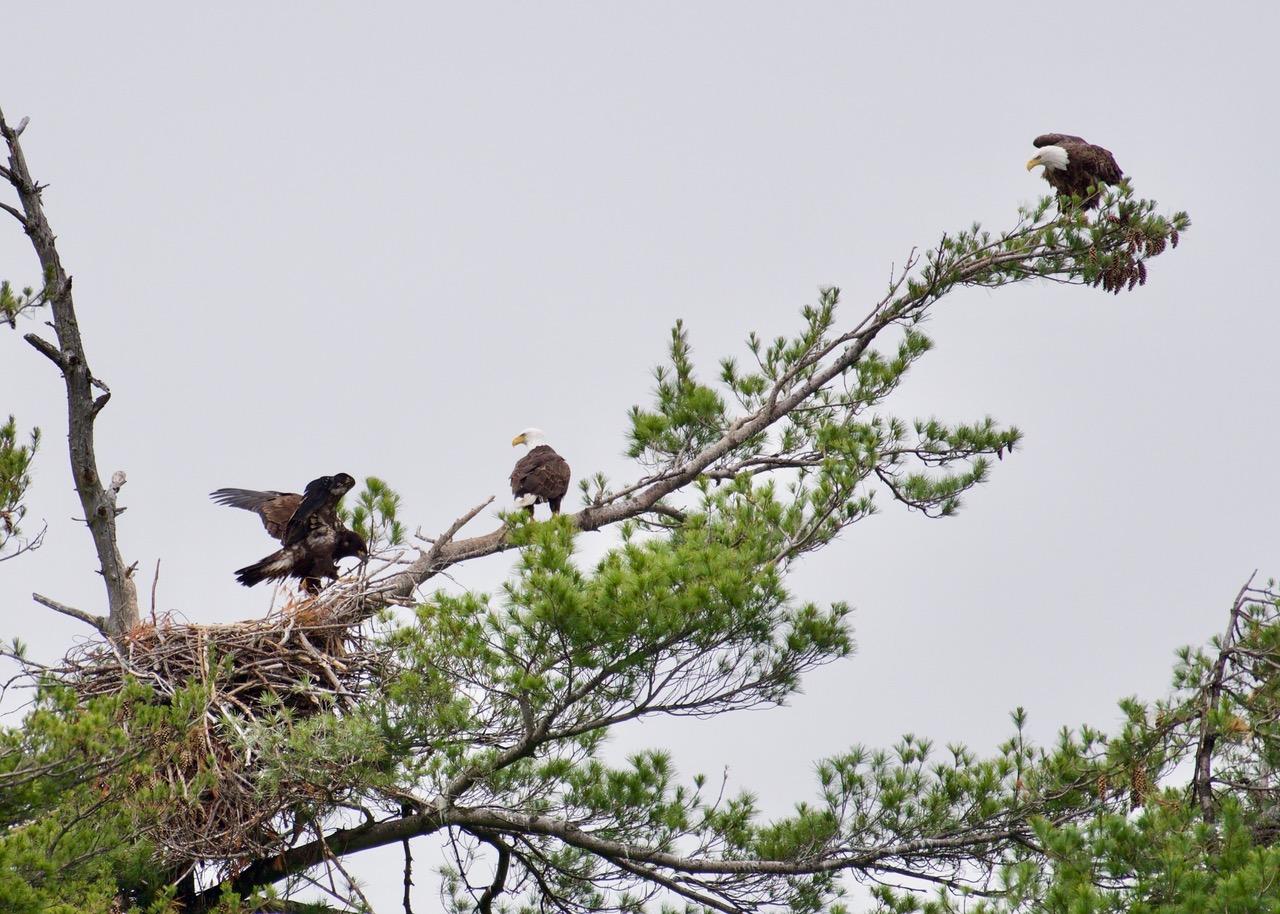 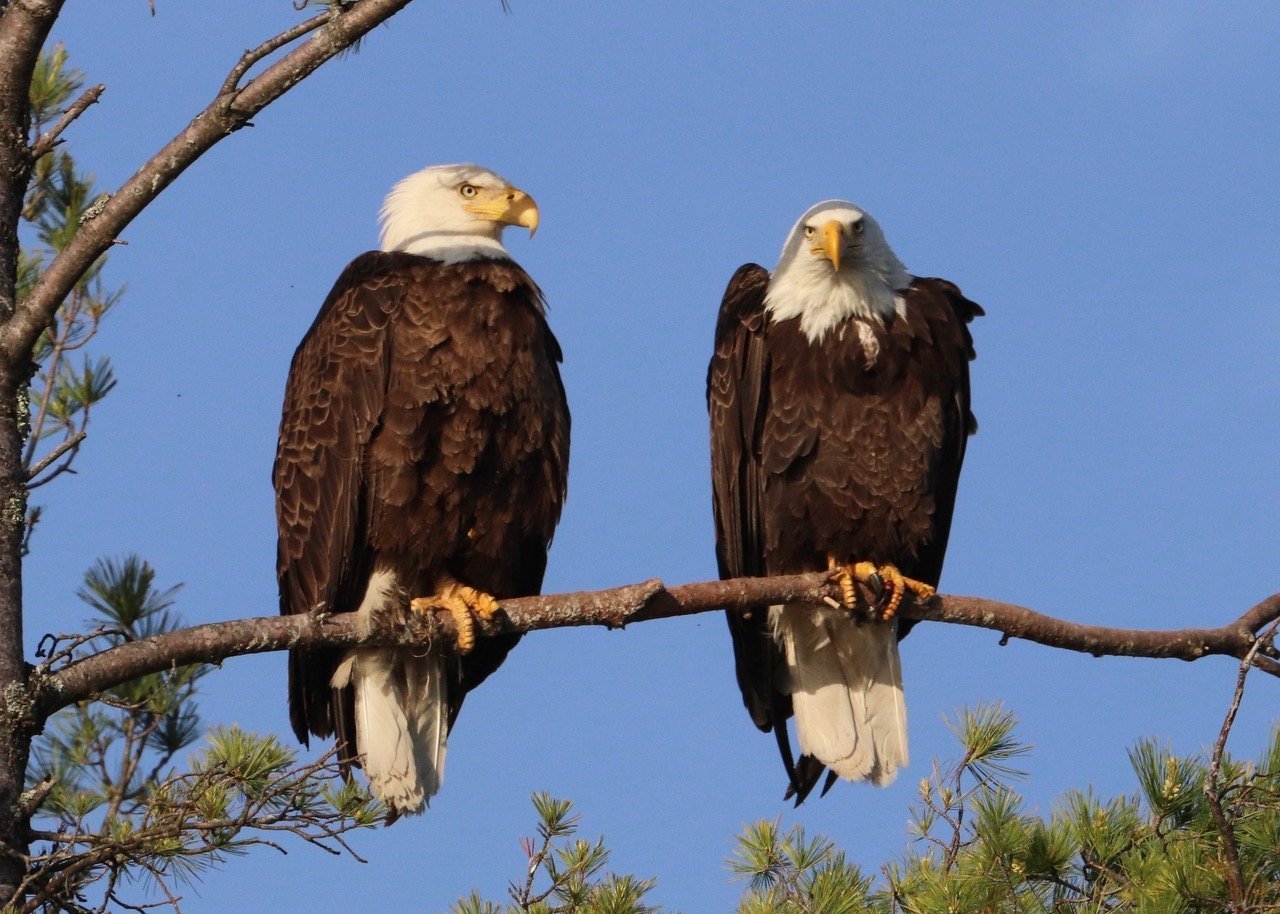 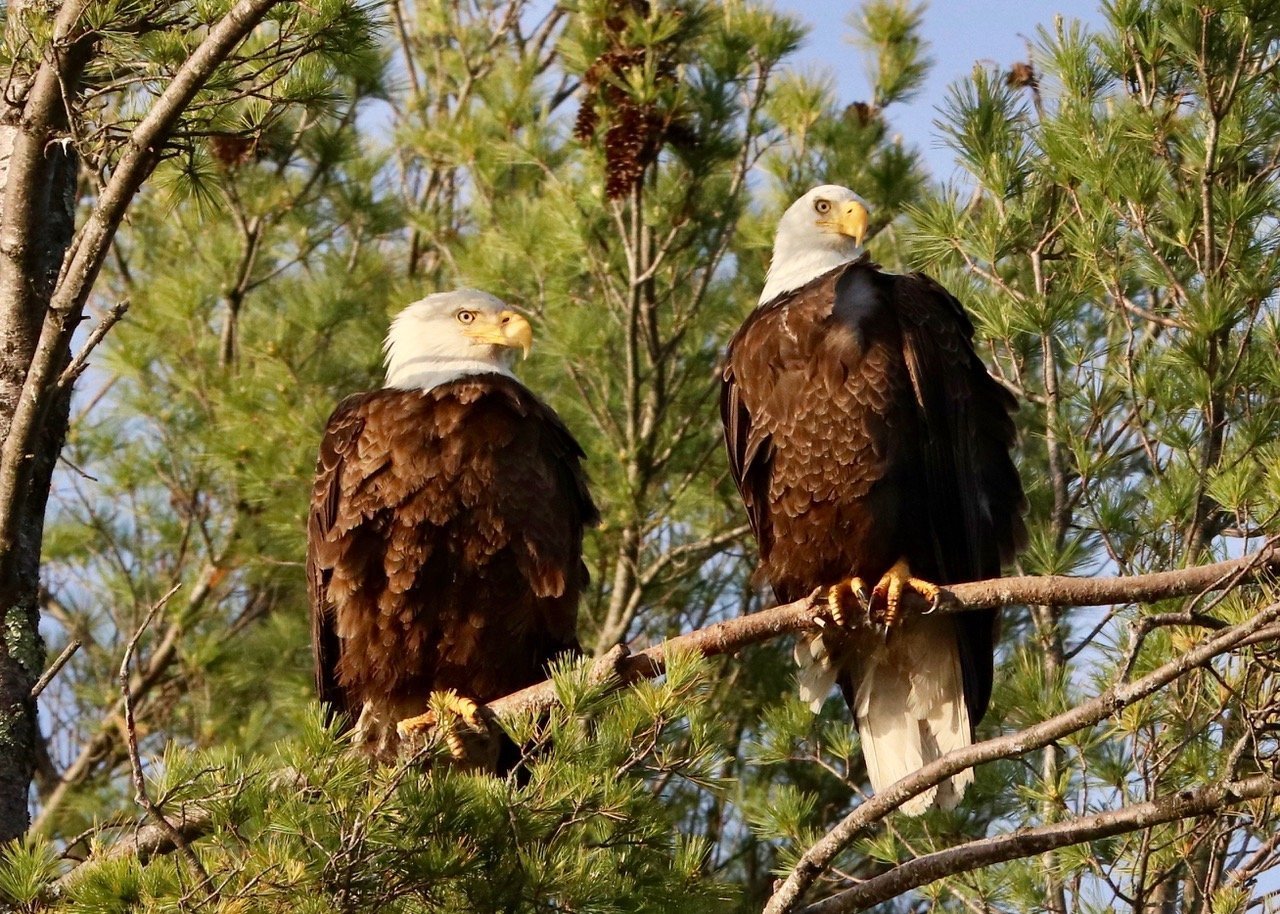 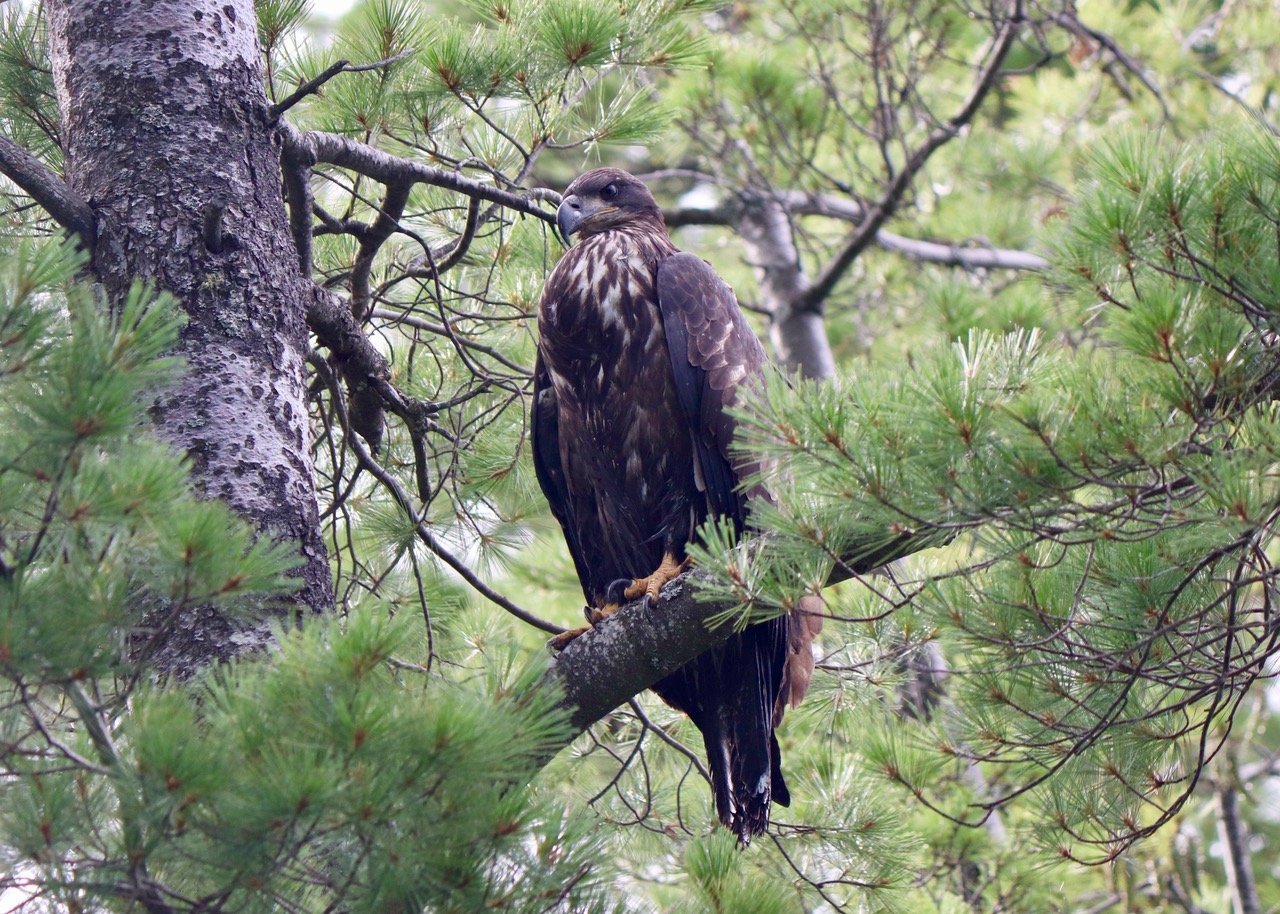 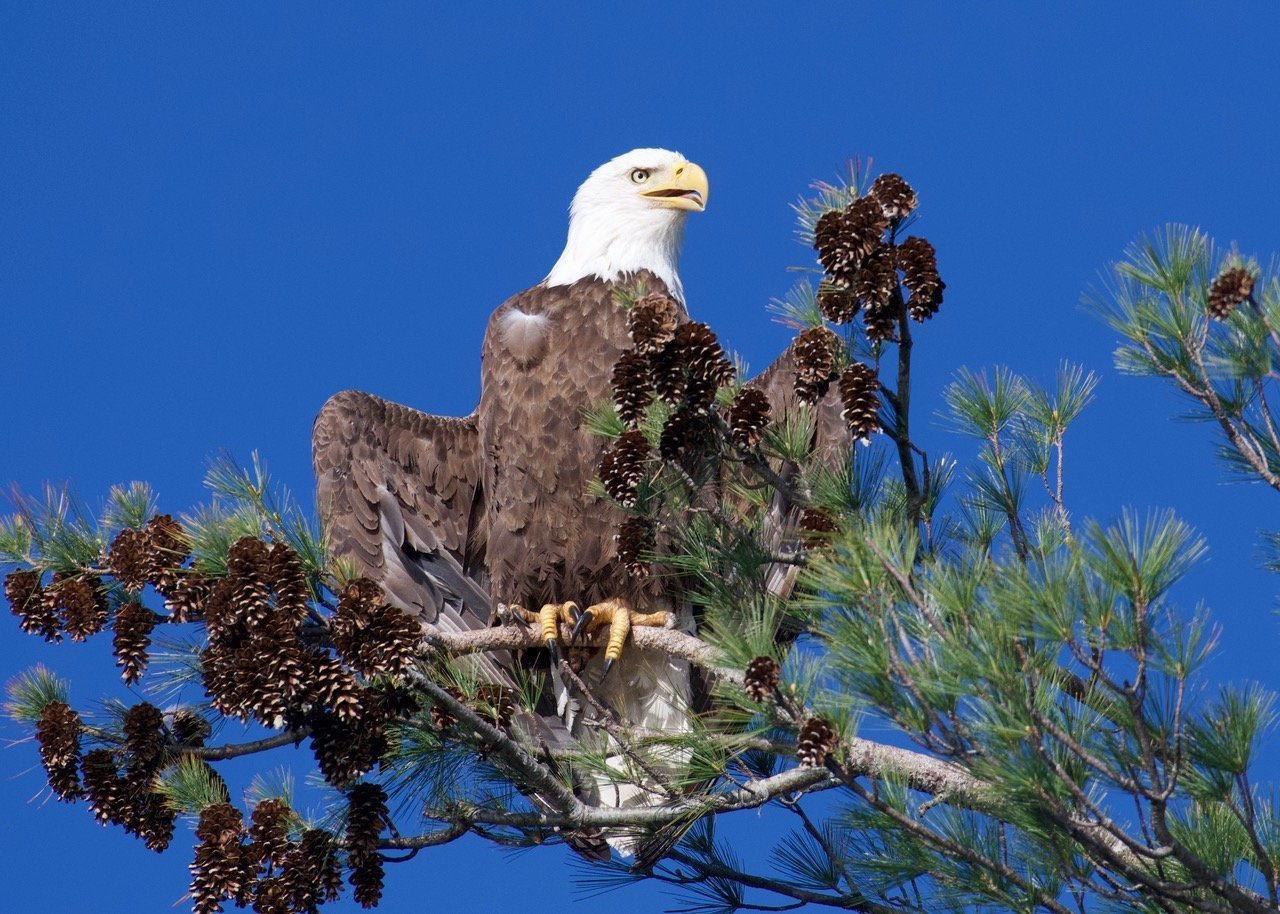 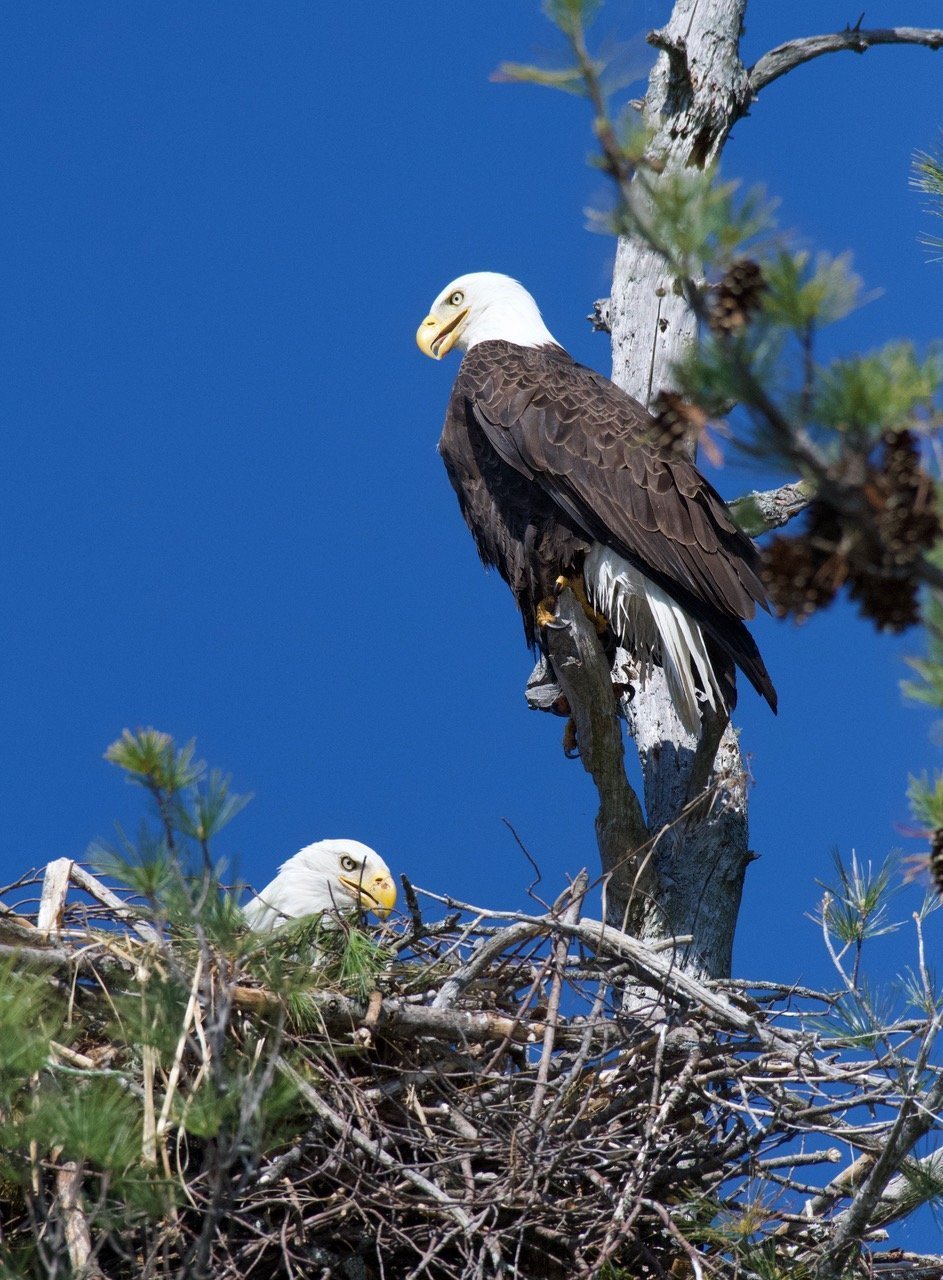 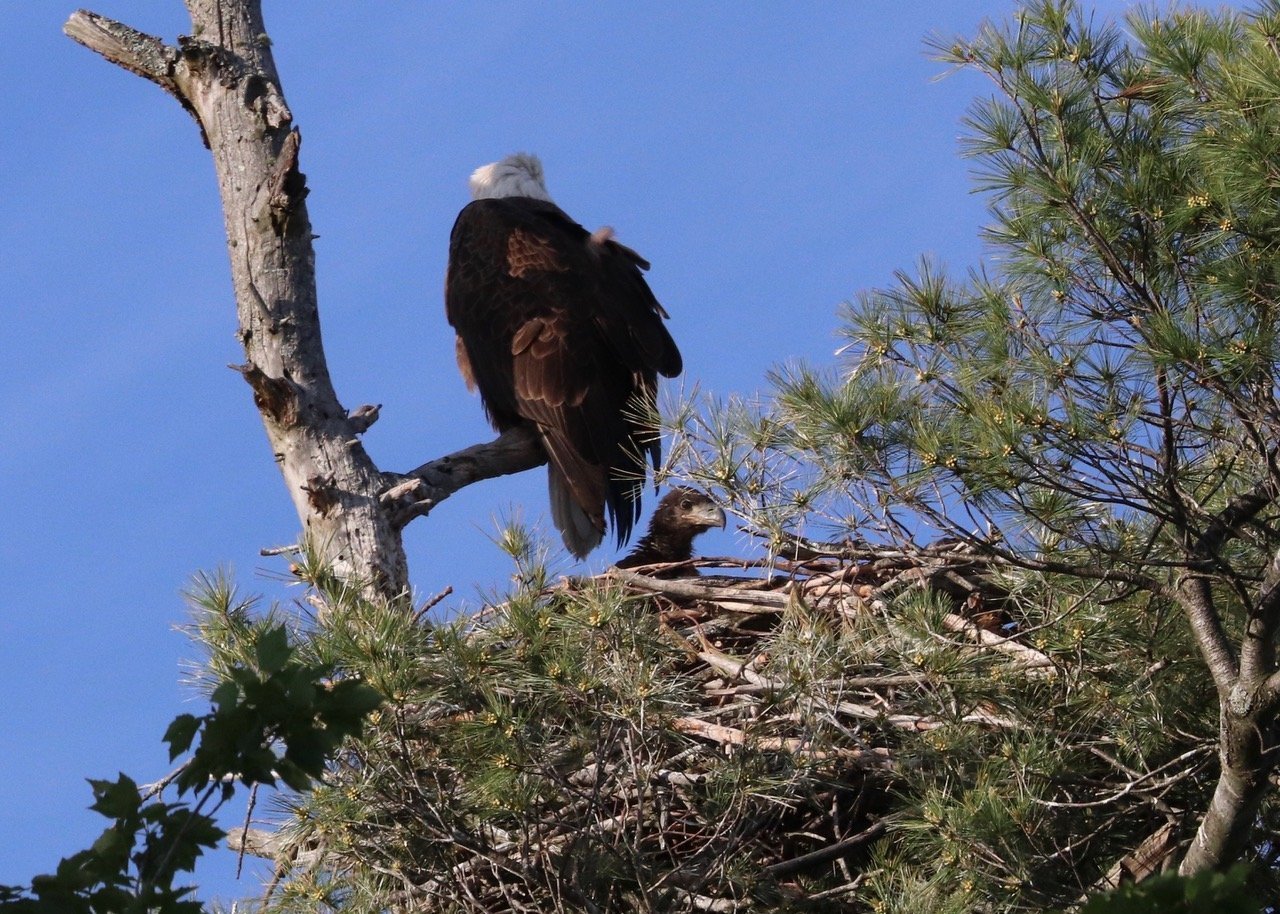 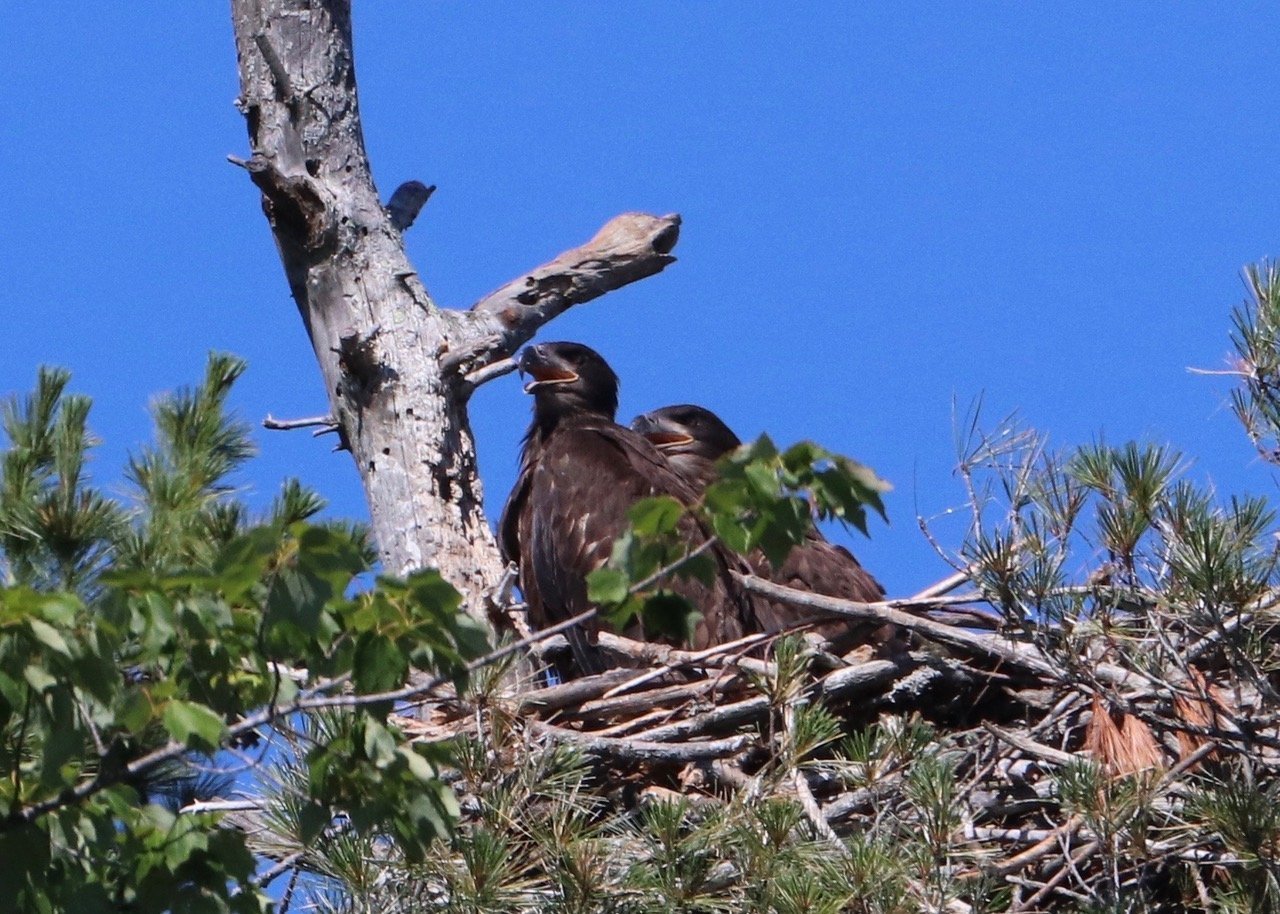 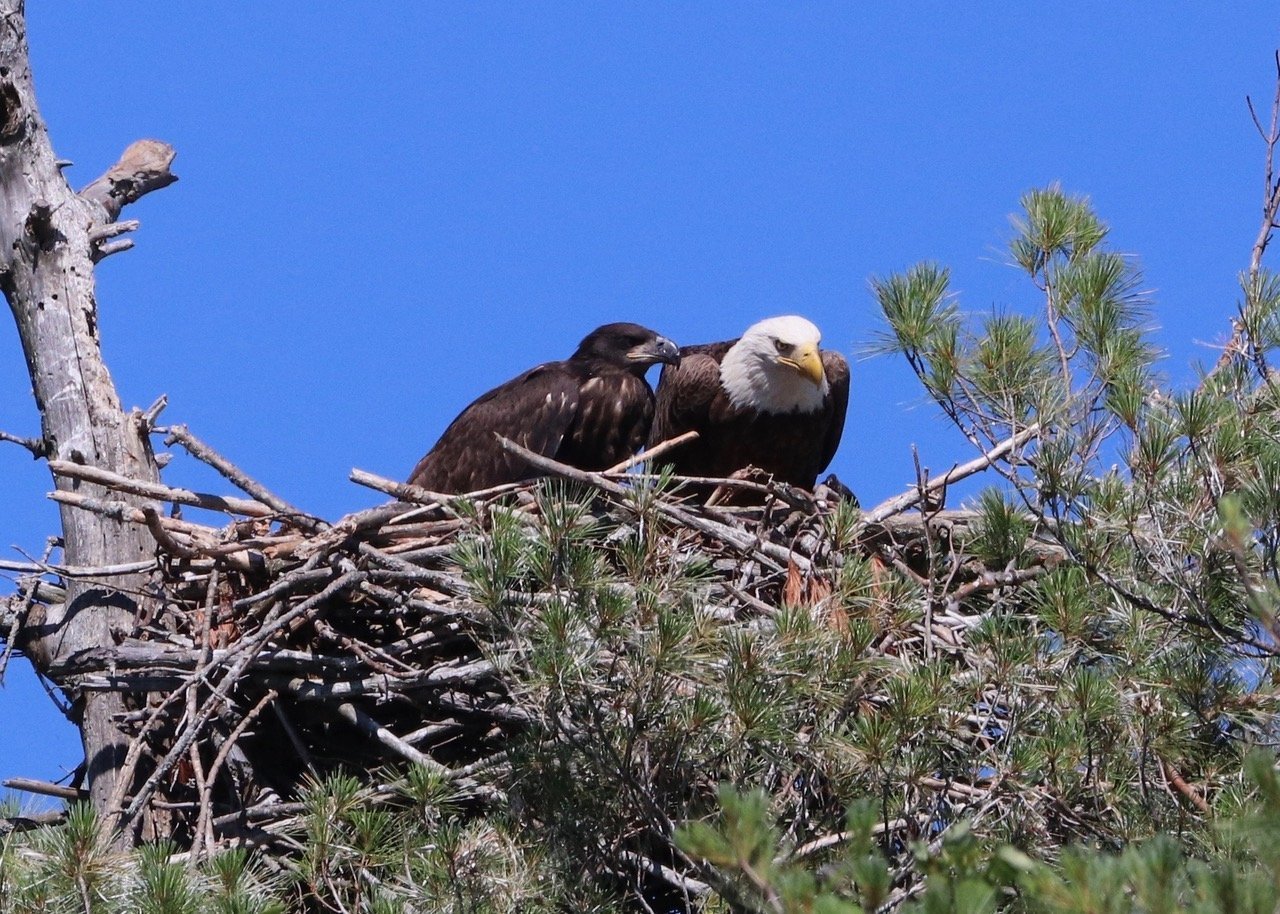