When I think of Nelson I think of dynamite women, beginning about 75 years ago when I was age 5. My mother inherited a little place on Granite Lake on the Stoddard side, but I always related to the Munsonville Store, which of course was in Nelson.

Later, when Joe Dobson, the former Red Sox pitcher, ran the store, his son, a big strapping divinity student, spent summers with his divorced dad at the lake.

When I was 19, Joe Junior started a Munsonville baseball team. At the time, I worked days as a telephone man all over New England, but weekends I’d come home, which in the summer was my parents’ place on Granite Lake. I ended up as a utility outfielder for the Munsonville team for one season, the summer of 1960 (educated guess).

I recall that we played a Francestown team on their field. We won thanks to our star pitcher and batsman, Joe Dobson Junior. Remember now this is not softball, but hardball, so we needed a much bigger field than the soft-ballers.

We practiced and played two games on our home field, a cow pasture somewhere on Murdough Hill Road. The field was a bit oddly shaped for baseball. The distances between bases was the legal 90 feet, but the angles necessary to fit the base paths on the field had to be fudged with the result that that our baseball diamond was cockeyed. Right field was wet and muddy. A batter might hit a line drive to right, but the ball wouldn’t bounce. It would hit with a thunk! and stop dead in the mud.

The most interesting and unique feature of the field was a long boulder or maybe it was ledge sticking out (the image is foggy in my memory). The two-foot high granite outcropping created a dilemma for the shortstop. If he played in front of the rock, he’d be too close to the batter’s box. If he played in back of the rock, he would not be able to field a ground ball. The only option was to play on one side of the rock or the other. I think that if a hit ball struck the rock and careened out of play, it was a ground-rule single.
*
I lost touch with Munsonville and Nelson after I left the phone company and enrolled at Keene State College, where I had the good fortune to meet the love of my life, Medora Lavoie. We married in March 1969, honeymooned in Quebec City for a few days, and upon our return moved to Nelson on Log Cabin Road into a barn renovated into a very charming apartment owned by Jan and Ruth Teppema, who we grew very fond of over the next few months. Medora and I stayed in the barn until September when we headed for California where I was enrolled in a graduate school.

During the period when we lived in Nelson and in the following decade, Nelson continued to play a strong role our lives. We made friends, attended contra dances, and I met two dynamite women who changed my literary life for the better. The first was poet and novelist May Sarton, who at the time was living near the town common. Medora and I got invited to events in Nelson, where inevitably I would be introduced to May as a young writer. She said on at least two occasions, “How perfectly lovely to meet you.”

May and I never became friends; indeed, I don’t remember that we even conversed; she remains, however, a deep influence on me, because of her writings. I was impressed by her versatility as a poet as well as a fiction writer and memoirist. One novel in particular, The Reckoning, had a profound effect on my developing philosophy of writing. After reading The Reckoning, I remember thinking, this is the kind of novel I want to write: character-based, true to life, in first rate prose with a touch of poetry in the language.

The second Nelson woman was the fabulous Lael Wertenbaker. The time was 1978. I was working as a reporter at The Keene Sentinel. For the last four years, in my spare time I had been writing a novel that I had just finished. I wrote the book on a standard Underwood office typewriter.

I never gave a single thought to publishing the novel while I was writing it, so when I finished it and wanted very much to publish it, I had no clue how to go about finding a publisher. The only thing I could think of doing was to ask somebody for help. I went to see James D. Ewing, my boss at the Sentinel. He said, “Ernie, I don’t know any publishers of novels, but I do know a writer.”

That writer was Lael Wertenbaker of Nelson. She read the manuscript, endorsed it and passed it on to her literary agent, Mavis McIntosh. I had no idea that Lael and Mavis were big deals in New York publishing. They got the book into the right hands, and I had a major publisher for my first novel within three weeks after it was submitted. The Dogs of March  was accepted for publication in early May in 1978. I remember the time period, because Medora gave birth to our first child May 9, 1978, the same week that “dogs” was accepted. We named our daughter Lael.
*
I met Newt Tolman when the Sentinel sent me to his place in Nelson to write a Monadnock profile. I knew I was going to like him when I asked him about his writing schedule, and he said he would start writing “about an hour before I wake up in the morning.”

A few years later he took me fly-fishing from the shores of Spoonwood Pond, which bordered his property. I had fished Spoonwood solo from my canoe and never got a bite. That day with Newt we caught and released dozens of trout. Newt was known as a satirist and humor writer. However, I think of him today as an environmental writer long before environmentalism became popular.

I also enjoyed a memorable lunch with Newt in old age only weeks before he went off the deep end. It was at the former Eskimo Restaurant on Route 101 in Marlborough. We were the only customers. I don’t remember what we ate, but I do remember that I drank two martinis and Newt drank three. What I remember most vividly is that Newt talked with affection and respect about his mother.
*
Which brings me back my theme of dynamite women of the Nelson. One of my favorite books by a Nelson author was Newt’s North of Monadnock, but a book I liked even more was More Spit Than Polish, written by Newt’s sister-in-law, Florence “Floppy” Tolman. More Spit Than Polish is a tribute to the author’s mother-in-law, Sarah “Ma” Tolman. The book tells the story how one woman through the force of her personality added to the cultural identity of a small New England hill town by converting a rambling farm house into a boarding house for down country visitors.

Years later, after Newt had passed away and Medora and I had moved back into the region and I was teaching a class on memoir writing at Keene State College, one of my students was Karen Tolman, Newt’s niece, and an accomplished writer. I counted her and her husband Barry as friends.

I’ll end by reporting a brief encounter in Hannaford’s grocery in Keene about a year ago. I happened to spot a woman around age 70. I was thinking, wow, what an attractive woman, when she made eye contact, and said, “Ernie?” Turns out she was the prettiest girl I ever dated before I met Medora. We chatted briefly. The last thing I asked her was where she was living these days. Her answer: Nelson. 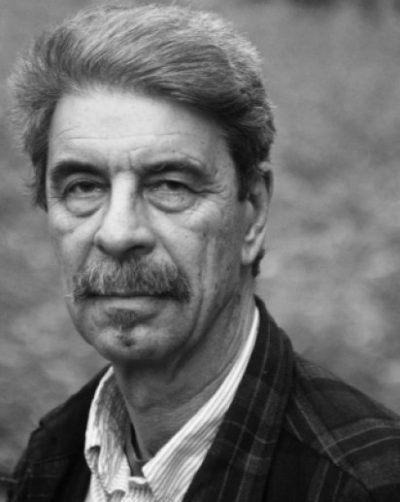 Ernie Hebert is best known for the Darby Chronicles Series, which is a series of seven novels written between 1979 and 2014 about modern life in a fictional New Hampshire town as it transitions from relative rural poverty to being more upscale, almost suburban.

Get books by Ernie and the various authors he mentions at the Olivia Rodham Memorial Library. 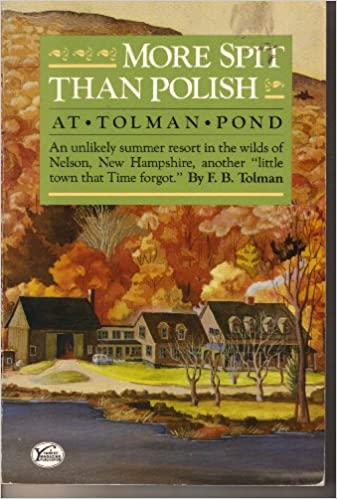 In 1992 Henry Putzel, who at the time edited the Nelson Grapevine (he had retired from his job as the thirteenth Reporter of Decisions of the United States Supreme Court, serving from 1964 to 1979) wrote a series of three articles about various writers connected with Nelson. These are published on the Nelson History Website.

Our Write Wing: The Authors of Nelson 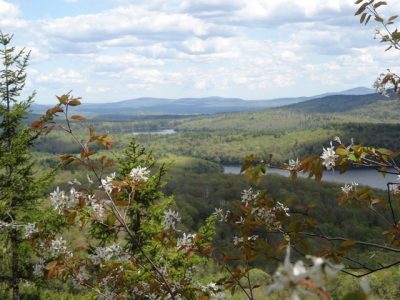