“I Like Running Machines”: A Profile of Barry Tolman

“I Like Running Machines”: A Profile of Barry Tolman 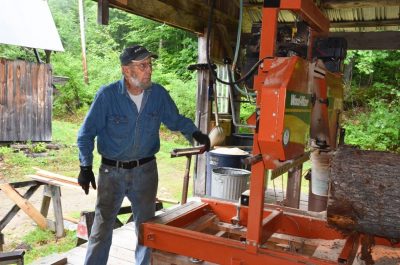 Can I make this work better? Barry Tolman has asked that question about WWII bombers, the ski hill rope tow, his sawmill, and cross-town sharing of equipment. It has been the persistent question of his long life.

Barry is father to four children, two of whom live in Nelson. He had a 50-year marriage with a beloved second wife. He was a Nelson Selectman and served on the Road Equipment Committee. He has a cannon he fires off at the annual 4th of July picnic. He has a big shop in the woods and a sawmill of his own design. He prefers Budweiser and eschews cell phones.

He has spent most of his life on the road and pond that bears the family name, a family that has been in Nelson since colonial times. His grandparents made their living running a four-season country escape on Tolman Pond for city folk from places like Boston and Princeton. Guests came to hunt with his older relatives, ski, play tennis on the clay court, fish, and spend summers with their families away from the sweltering city. His grandmother fed them all, cooking for up to 40 people at times.

Barry grew up in the house on the hill where his daughter Stacia now resides. His grandparents, Sade and Wayland Tolman, lived in the farmhouse by the pond. The farmhouse could house a slew of people in several bedrooms plus a dormitory upstairs, where, Barry recalls, “they were stacked like cordwood.” The Tolman Pond compound included nine camps scattered up the hill and around the pond. Four are still in active use today.

Barry and his cousin Renn were one year apart, both the only sons of their respective fathers, Fran and Newt Tolman. They were the young hangers-on, then the playmates, then the social leaders for the pack of young summer folk. Parental supervision was minimal. One of Barry’s chores was to fill the cookstove wood box for Sade. Over time he learned not to fill it more than half way – if he filled it, she just used more wood.

From an early age he interacted with a wide range of people from away – doctors, scientists, professors, musicians, as well as a rich cast of Nelson characters. As a result, he is at ease talking with anyone he meets.

During and after WWII, many soldiers made their way to Tolman Pond, on leave or newly married or with their families. They were Barry’s heroes and he peppered them with questions about airplanes, offering his ten-year-old’s perspective on practical ways to add more guns or engines or even wings so Allied planes could be more effective against the Germans and the Japanese.

He went to elementary school in the brick schoolhouse on the Nelson common, then to Dublin School. He was on the ski team; at that time every member competed in four events: slalom, downhill, jumping, and cross-country. At age 14, he rebuilt the Tolman Pond ski hill, clearing and creating skiable slopes using just an axe and a buck saw.

College was important to Barry’s mother, Floppy, and she made it clear he should set his sights on Dartmouth College, the apex school of their world. Barry, between his misadventures, was a good student and was accepted into Dartmouth on the basis of grades and, perhaps more importantly, his captaincy of the ski team. Dartmouth, however, was not a good fit. There were actual Olympians on the ski team. He felt out of place among his fellow students from the city and suburbs. In pursuit of a different approach to getting educated, Barry left Dartmouth and joined the Navy.

Romantic dreams of sailing the world failed to come to pass; instead he was stationed in Chicago for four years and trained as an airplane mechanic. Although he never got to sea, he found working on airplane engines interesting and rewarding.

After his service, Barry applied to forestry school at Paul Smith’s College in the Adirondacks. This time, college took and he graduated ready to work in the timber industry. He returned to Tolman Pond and was soon married to his first wife, Liz. Within a few years they had three children: Bee, Stacia, and Eb. However, the marriage did not last, and Barry headed out to Oregon.

He worked for the big timber companies, and spent winters at the Heavenly Valley ski resort overlooking Lake Tahoe in California, running the slope grooming machines. He loved the ski business. Actual skiing “was fine, but the real fun was the operation. How could you build a better lift? How do you get ‘em up and get ‘em down?” Ski hill maintenance was in its infancy and he liked shaping slopes for good skiing.

He wasn’t gone more than a couple years, because “I had three kids back there.” 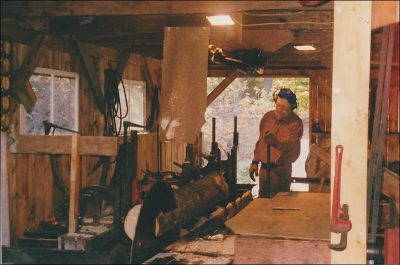 Once back at Tolman Pond he found work managing land and timber, working for Merle Davis in Claremont in the Upper Valley. On his very first day, Merle walked in with a bushel basket of deeds and maps for over 300 parcels, totaling 28,000 acres, that he either owned or had timber rights to, announced he was off to Florida, and told Barry to find all the parcels, inventory them, and manage them. Barry headed out each day with a pickup, a toolbox in the back, and a bunch of maps. It was “really fun.” He met a “bunch of good guys.” Barry had all kinds of street cred, being freshly back from the big operations in the West.

He boarded at the Moody Hotel in Claremont during the week and came home on weekends. At a square dance in Dublin, he met the lively Karen Hyman. For their first date he took her skiing. They were married in 1969 and moved into the farmhouse. 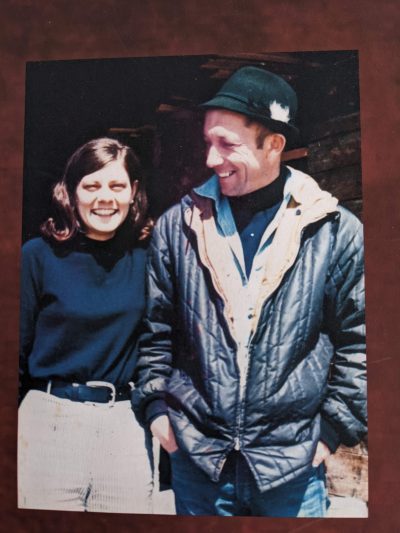 From the minute they were married, Karen “was the guy driving the locomotive.” She had the ideas and they worked together to make them happen. Barry still worked in Claremont but no longer boarded, racking up the miles on his truck. Karen took up the reins of managing the summer camps and rentals along with her fulltime job at Yankee magazine. They set up a bed and breakfast operation that ran about eight years. Karen cooked, served meals, met people, changed beds, kept the books. Barry’s job “was to be local color.” The three older children came for school and summer vacations from New York State. Barry’s fourth child, Tom, arrived on the scene. There was a succession of hired help that continues to this day.

After a few years, Barry’s commute got to be too much. He took a job as a woods boss for a couple years in Milford, much closer to home, then went out on his own. He never worked as an employee again.

He built a shop near the Nelson Road, built a sawmill, bought bulldozers and dump trucks, did site work and logging work. He was available for hire for any job that required big machines, a wealth of woods knowledge, and a solid work ethic. 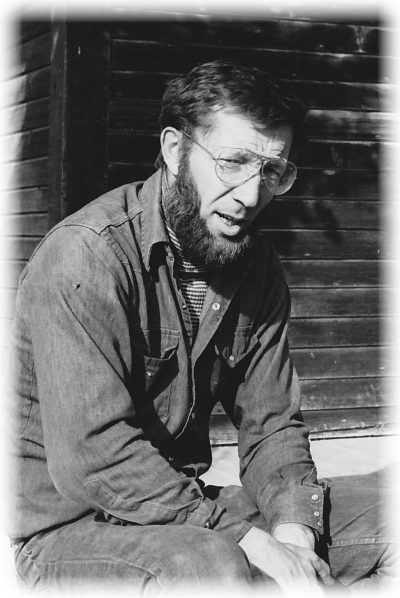 Life settled into a workable rhythm for the next few decades. Barry headed out to the shop every morning, came home for lunch if he was close by, came home each night. There wasn’t much downtime what with all the camps to maintain, mowing, plowing, and so on. The tennis court had to be rolled every day during the season. There were times when he dreamed of chucking it all and returning to the Pacific Northwest. Still, summers were good with genial host duties taking precedence over roof and foundation repairs. Families that came year after year became dear friends. Barry and Karen traveled for off-season vacations, skiing in Colorado, sailing on Long Island Sound, wandering New York City, investigating interesting mills wherever Barry could find one. Twenty years ago, they tore down a decrepit camp and built a cozy sun-filled home for themselves. Barry milled all the lumber from trees on the property.

Now 88, Barry leads a quieter life. Maintaining all the Tolman Pond camps and residences is an endless job. Most are rustic, with all the attendant charm and head-scratching aggravation that entails. They’re connected by byzantine water and sewer systems and Barry holds all that knowledge in his head. These days he provides the wisdom and Max Nunnemaker, his devoted employee and friend for the past decade, does much of the actual work under Barry’s watchful eye.

After Karen died in August 2020, Barry moved back to the farmhouse, next door to Tom and to Stacia. Bee and her family visit from New York State on school holidays, and Eb calls regularly from Boston. Friends stop by to share news and reminisce.  He takes pride in the family archives, boxes and boxes of letters and records and photographs that document a time and place as well as a family, all lovingly assembled by Karen.

These days, what’s important to Barry is family. He’s “looking down a pretty short barrel” and would like “to have it so his family can cope. I don’t want to leave them a mess.” The couple hundred acres of Tolman Pond can be a “pretty special gift. There’s a bunch of problems but there’s nothing better. It’s better than when I took over. I don’t owe a dime. It’s got a lot of possibilities.” 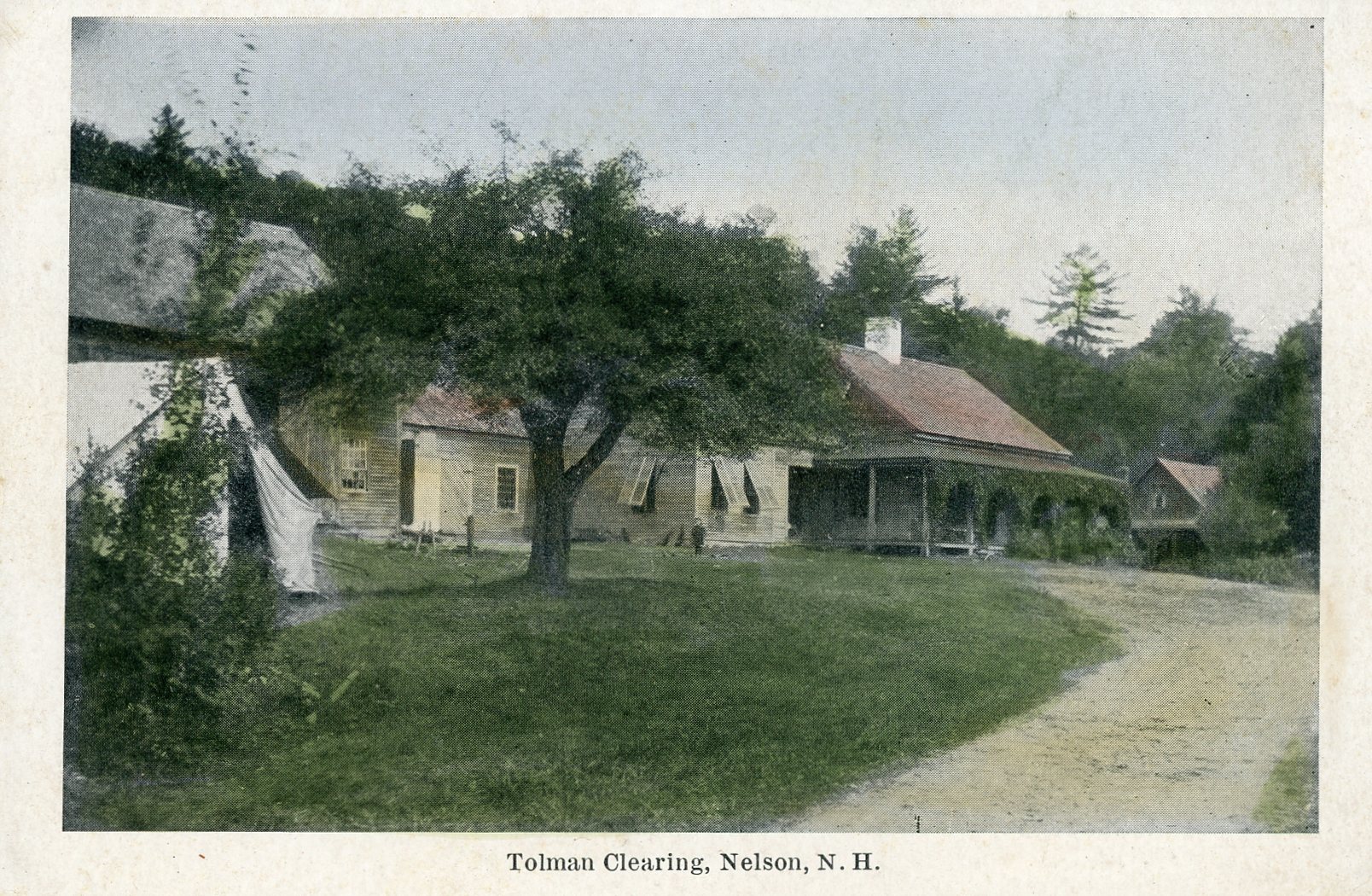 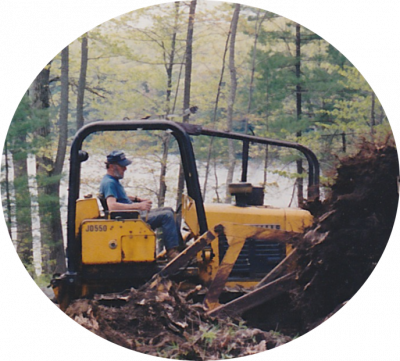 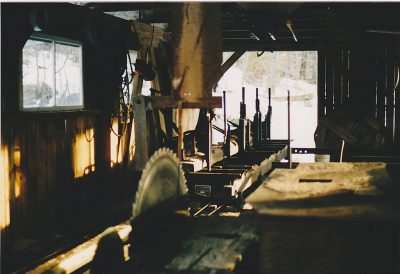 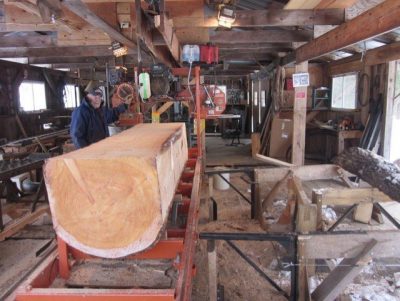 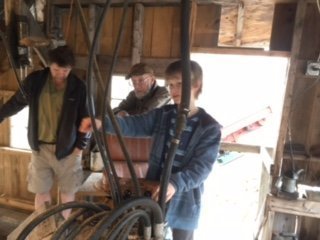 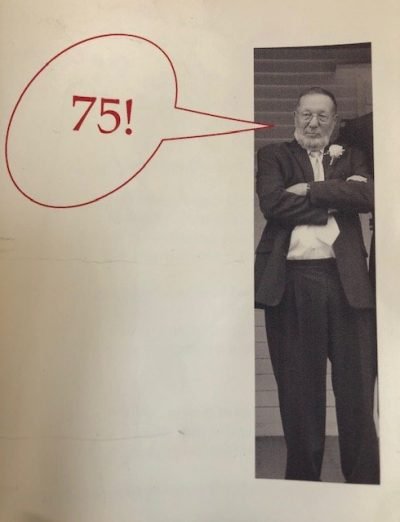