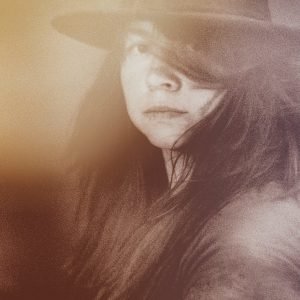 Woman of Many Muses

She was born with songs in her heart and in her head.
“You can’t sing” – she was told.
Ha! Of course she could.
It was in her soul code.

That’s a term she uses often when describing her life of nearly four decades, a life full of creative adventures.
Jess lives next door to the house she was brought up in – one of many Nelson “kids” of her generation who have decided to either stay or come back. She saw lots of creativity around her in her family, particularly her dad, “Junior” Hutchins, a woodworker. He also has a strong appreciation for music, and can render an enthusiastic version of “House of the Rising Sun.” While Jess was growing up, the popular songs of the 1980’s and 90’s were always playing.

She loved the Nelson Elementary School for the daily experience of learning and discovering new things (a passion which remains). She particularly remembers Melinda Belden as an influential teacher.Jess became good friends with Jessamyn Iselin, spending hours at her home, which held many contrasts to her own – an early awareness that people could have different ways of living. She found an emphasis on alternative energy and environmental concerns from Jessamyn’s dad, Michael, and got to hear the wonderful guitar and singing from Jessamyn’s mom, Alouette. She learned about making pancakes or waffles from scratch. Alouette says, now, that she didn’t really know what the girls (the “Jessies”) were doing, except that they appeared to have fun and probably managed to avoid getting into too much trouble. 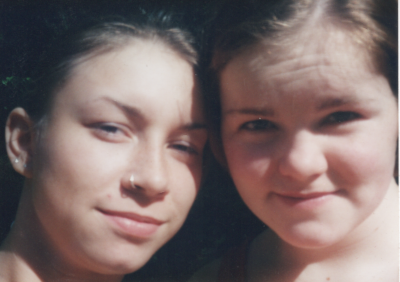 One of their activities involved the “Write your own story books” from the American Girl doll collections. She recalls staging photographs involving various scenarios, including horses (which were on the scene at the Iselins). This was a portent of things to come.

Jessamyn died suddenly in 2002, just before she would have graduated from high school. This was a shock to our community, and though many years have passed, Jessamyn remains a formative influence for Jess; she remembers Jessamyn as a spiritual and enlightened girl.

By the time of Jessamyn’s passing, Jess had embarked on a different trajectory. Learning was still important, but school was not. She dropped out of 10th grade, and spent several years working various jobs. At 17 she met her current partner, Mark Grover, who taught her how to play guitar, which helped address her frustration at feeling that she didn’t have a creative outlet.

By the time she was 22 she was motivated to get her GED, and then enrolled at Keene State College. She started with a major in biology but then realized that what she really wanted to do was write, so she switched to English. Graduating in 2009, she spent five years working at NGM insurance, about which she says, “Those were not my most creative years.”

In 2014 her daughter Jayna was born, which found her happily at home full time for a couple of years.
What hadn’t changed for Jess – the manifestations of her soul code – was her passion for learning, for having new experiences seeking to fulfill her creative drive (as well as patch together a livelihood from diverse means). 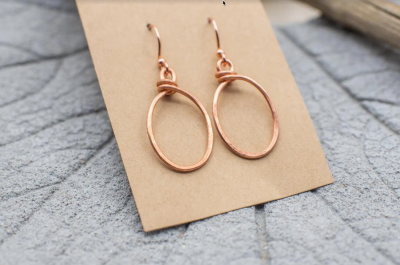 One year she got some beads to make a birthday present for her sister. That started her on the path of making jewelry, something that has become a viable business (selling mostly on Etsy). And while she had always taken photos, the need to photograph her work led her to advancing her photography skills significantly. Like many people getting into photography, she first made herself available for weddings, family portraits and such, but more recently this has evolved to putting together artistic portraits of women, designed to capture their creative essence. She joyfully describes spending an hour or two talking to her clients, getting to know them, and perhaps pulling out some things they were not even aware of, before the first click of the camera. As she puts it: “I don’t want to talk about their copper earrings – I want to talk about what they’re doing with their life! 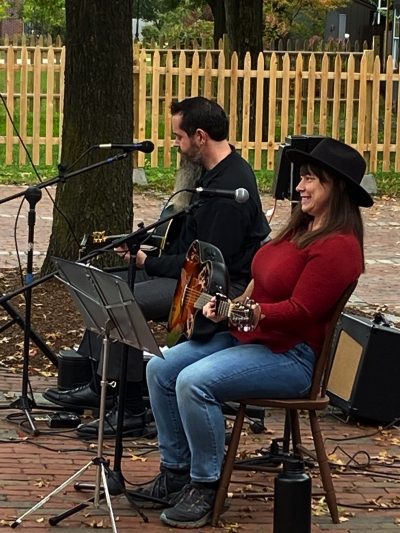 And though she has always thought of herself as a singer and a songwriter, her natural shyness kept her from sharing this in a significant way until recently, thanks in part to Geoff Williams. Another kid raised in Nelson who is still here, Geoff plays in a band with Jess’s partner Mark. She has actually known Geoff since childhood – he was the best friend of Jessamyn’s brother Owen – but they really weren’t well acquainted until he came in to add some harmonies to one of her songs. Geoff’s own passion for anything musical was infectious, and it gave her the inspiration and confidence to move forward in a more public way.

Jess had a couple of performances at events in Keene this fall (accompanied by Geoff and Mark), and some nice video is emerging on YouTube. It’s often hard to put genre labels on new original songs, but she cites her influences as blues, folk, and country. Looking back over time to prominent musicians who have inspired her, she names Tracy Chapman, Lauren Hill, and Gillian Welch, and she has a solid memory of an amazing concert that Joan Baez brought to Keene’s Colonial Theater.
Talking with Jess, one gets the feeling that there’s still a lot more in store. She notes that she has an entrepreneurial spirit – in part to put into action her creative impulses, but also, she admits, to avoid working for someone else

She is a highly motivated free spirit. We are excited for whatever the future may bring for her (and us, her friends and neighbors). 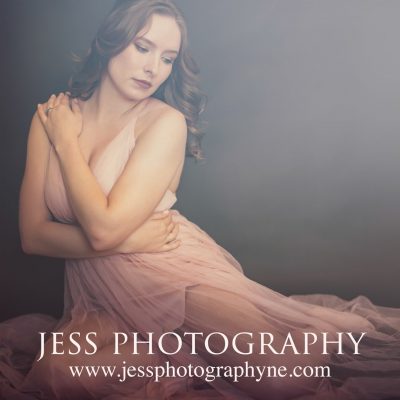 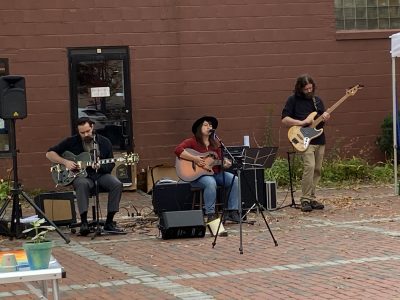