There is an invasion in New England.

Worms are not indigenous to North America. Earthworms accompanied  European settlers to New England starting in  1620, possibly in the soil of potted plants. Now a different worm is starting to settle in New England:  the Asian jumping worm. In the 1800’s it first appeared in Mississippi. A jumping worm probably hitched a ride in soil or an egg got stuck on the sole of a shoe. A study published in 1900 noted their presence, so the population must have been significant enough at that point in time. They became popular as fishing bait because of their habit of rapid wiggling. So what’s the big deal?

The Asian jumping worm, also known as snake worm or crazy worm, reproduces rapidly and is a voracious feeder. It lives on the soil surface under leaf litter while most other worms live in the soil. The jumping worm prefers the top layer, where organic material needed for plant growth is concentrated, and it eats our mulch. This makes it difficult for plants to grow and other soil animals to survive. The eating of the top layer protecting roots and keeping in moisture can make it difficult to keep garden plants alive. The Asian jumping worms are spreading from our gardens and lawns to our woods. Experts predict that they will change our forests by reducing the number of plants in the understory. Luckily the natural dispersal rate is 40 feet per year, but each worm can produce up to 60 offspring each year asexually. It doesn’t need to mate to reproduce. 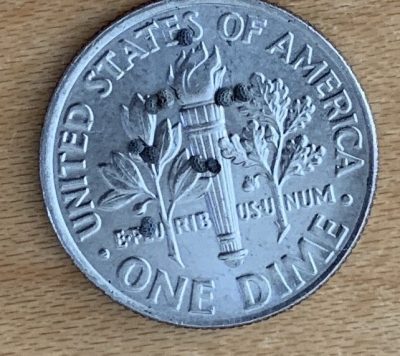 Poppy seeds, shown on a dime in the photo above are similar in size to worm cocoons.

There are actually three lineages of these worms, each a slightly different size. Their common identifying physical characteristic is the white or light colored band, known as the clitellum, encircling their body. Night crawlers have a clitellum that is more pink and flattens on one side; one website describes it as a “saddle.” You can also detect Asian jumping worms by their rapid wiggling and how quickly they move out of sight. The eggs are the size of poppy seeds, pretty impossible to detect!

If you see an area of your garden or yard where there was once leaf litter or mulch and is now covered with something that looks like coffee grounds, it’s a safe bet those are worm castings. You might have Asian jumping worms (yes, they have been found in Nelson). To find out, mix one gallon of water with 1/3 cup yellow mustard and pour it on the suspect area. This will inspire the jumping worms to come to the surface (regular earthworms tend to travel deeper and will be less likely to be roused by this). Be sure to have a container of soapy water ready to place the offending worms in. It is recommended you dispose of the worms in a trash bag.

There is no known predator or remedy for this “invasion.” Extension services recommend purchasing and selling bare-root plants and buying from reputable nurseries that advertise using sterilized potting soil. They also suggest cleaning your digging tools and shoes before going to a new location.

Is there an upside? Like all worm castings, these fecal pieces contain nutrients. However, they are drier than most worm castings. The one remedy I see for that is to add mulch once you notice it disappearing, to keep the soil moist and hopefully make these nutrient-rich castings available to plants.

Got Jumping Worms? Report them to

On the top side of soil in August and September my thoughts turn to future plants. Not necessarily plants I will be starting this calendar year, but over the next few years. We love eating fresh tomatoes, beans and if you don’t have the gene that allows you to taste the bitterness of cucumbers, then cucumbers. All these delicious fruits and vegetables have one thing in common, they have seeds within. The plant is enticing us to eat and disperse its seed. I can’t help but admire the ways plants lure pollinators in, then seed eaters. The easiest seeds to save are beans, peas, tomatoes and cucumbers.

VISIT THE NELSON AG COM PAGE FOR MORE INFORMATION ABOUT SEED SAVING, AND THE SEED CATALOG AT THE LIBRARY

Here are some seedy photographs. 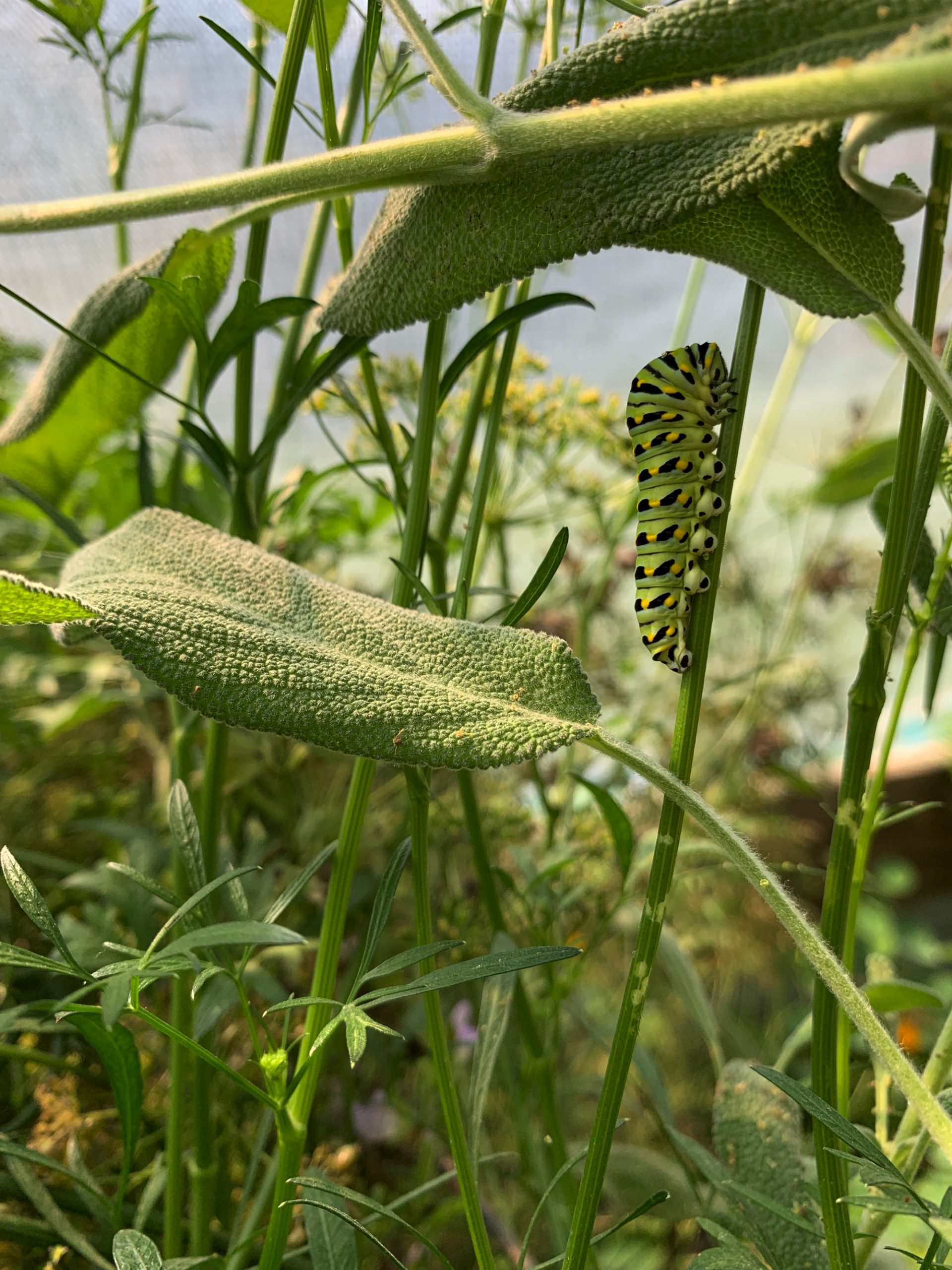 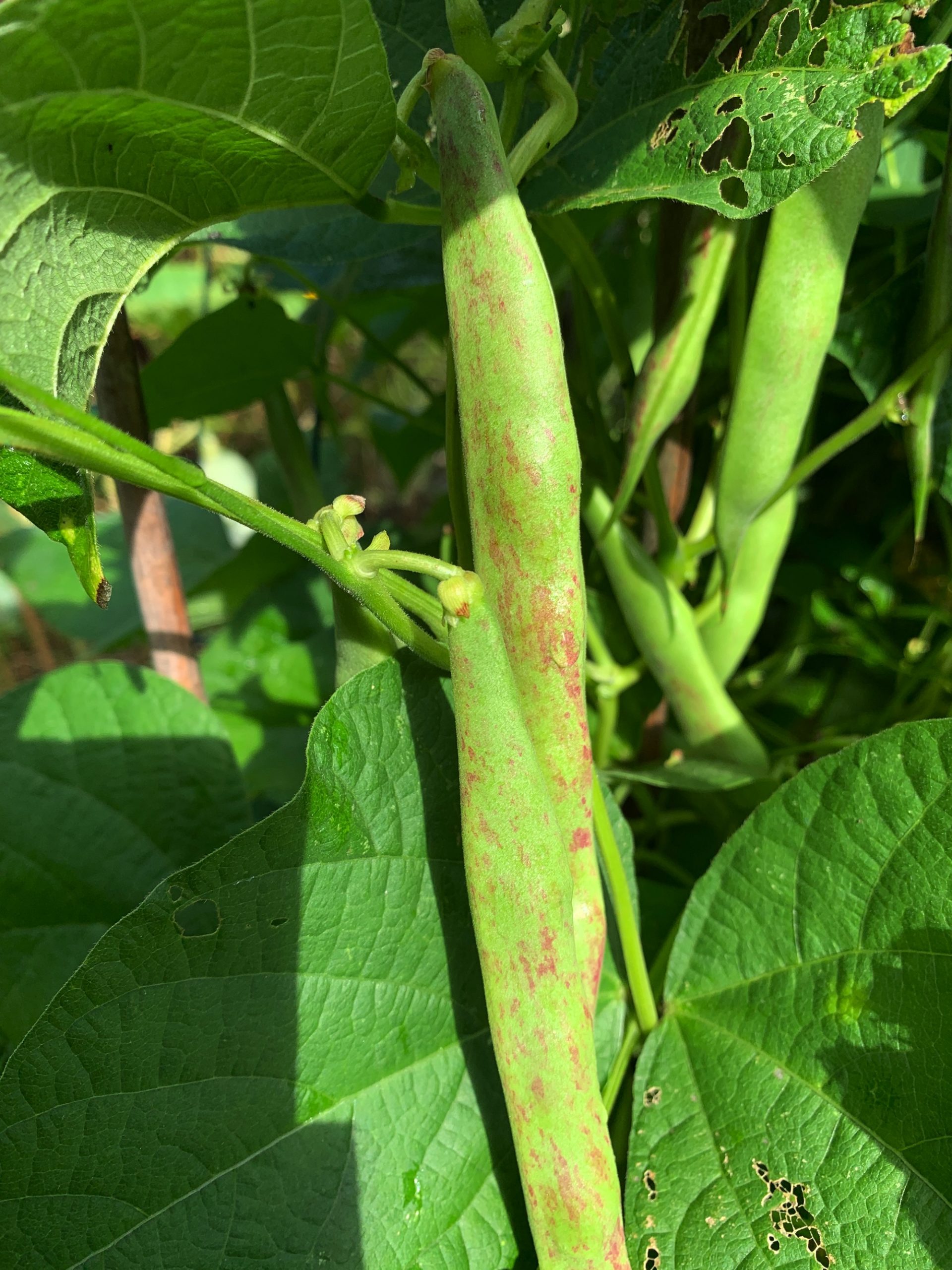 Cranberry beans maturing, this will be a dry bean 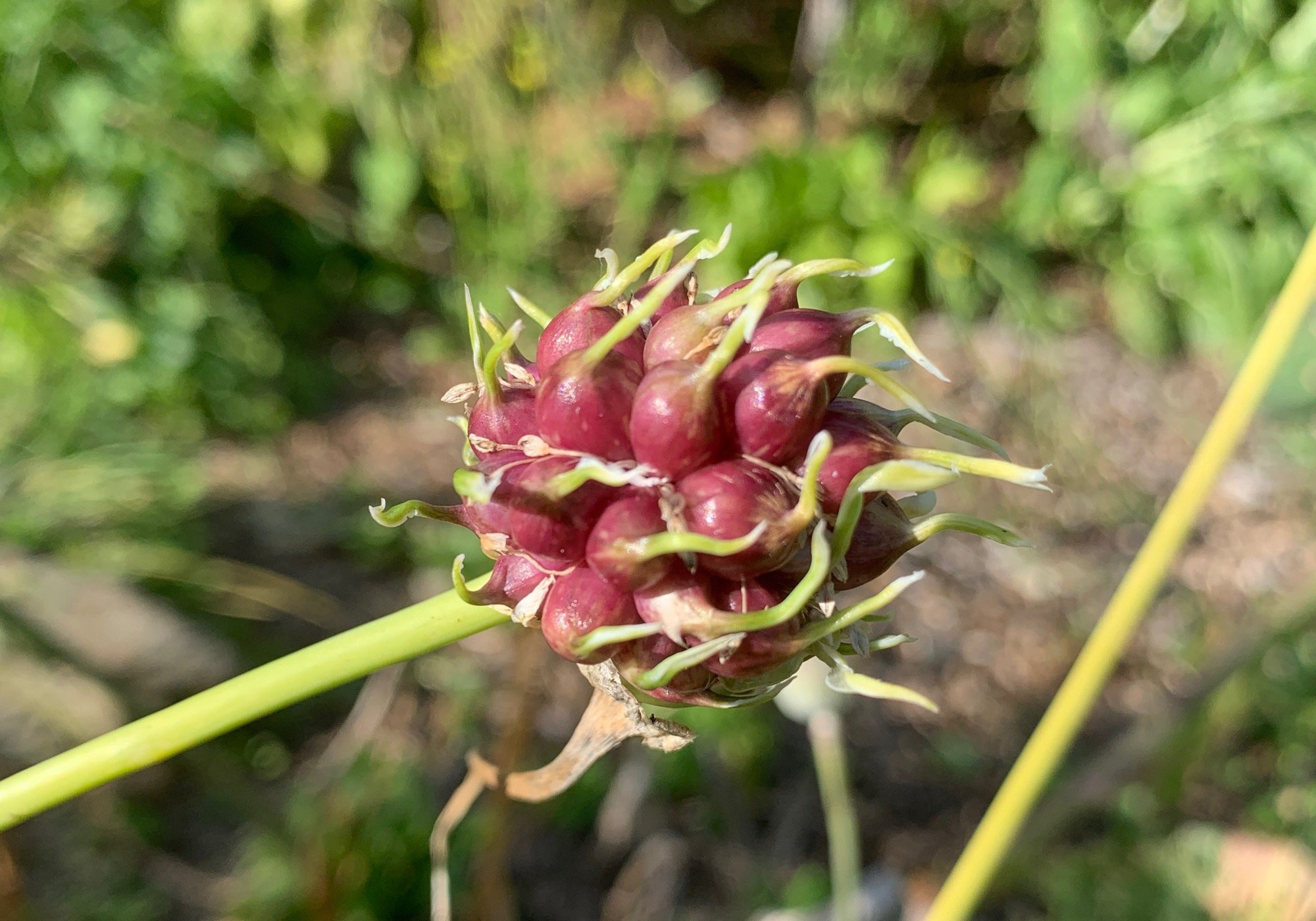 Garlic seed bulbils can be planted and grow to full size in 3 years. Patience pays off! 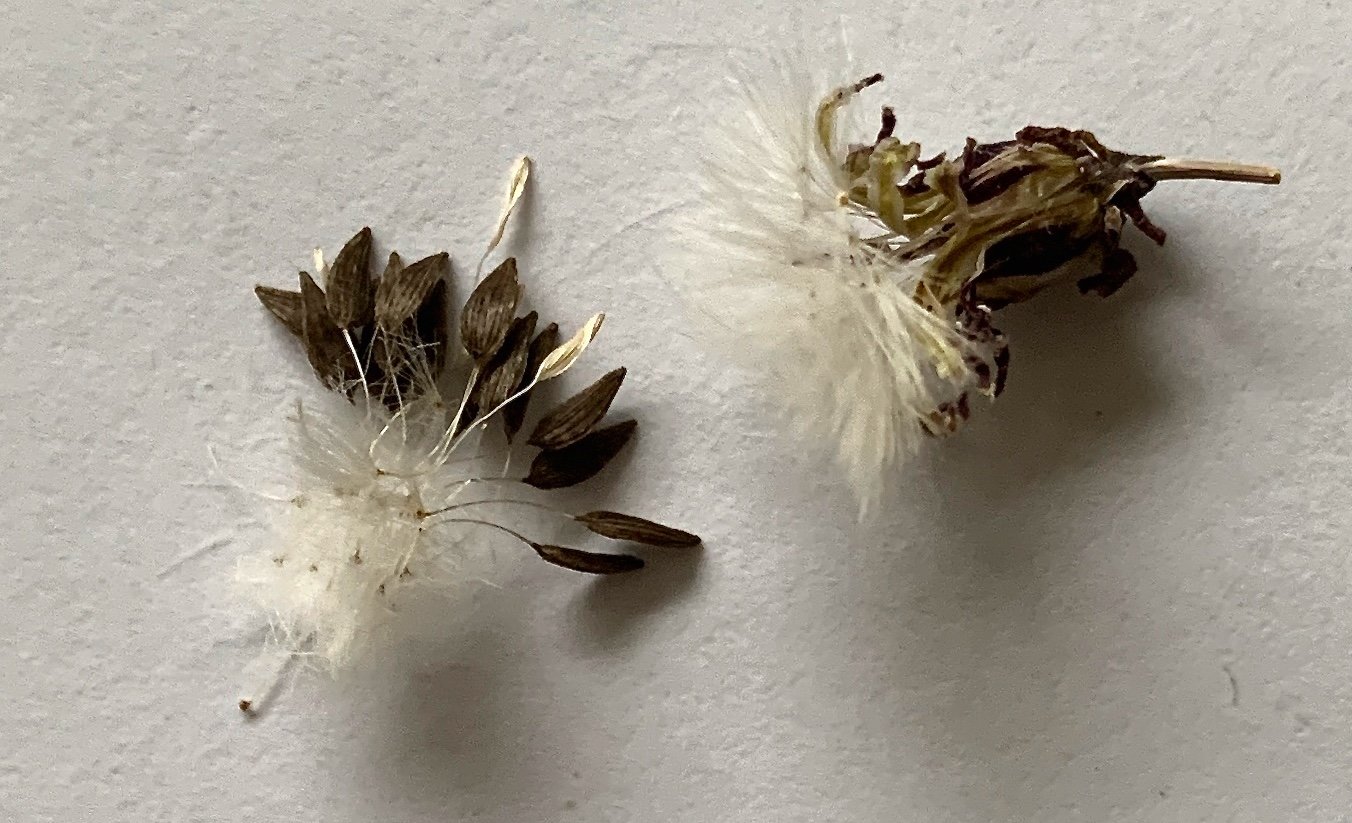 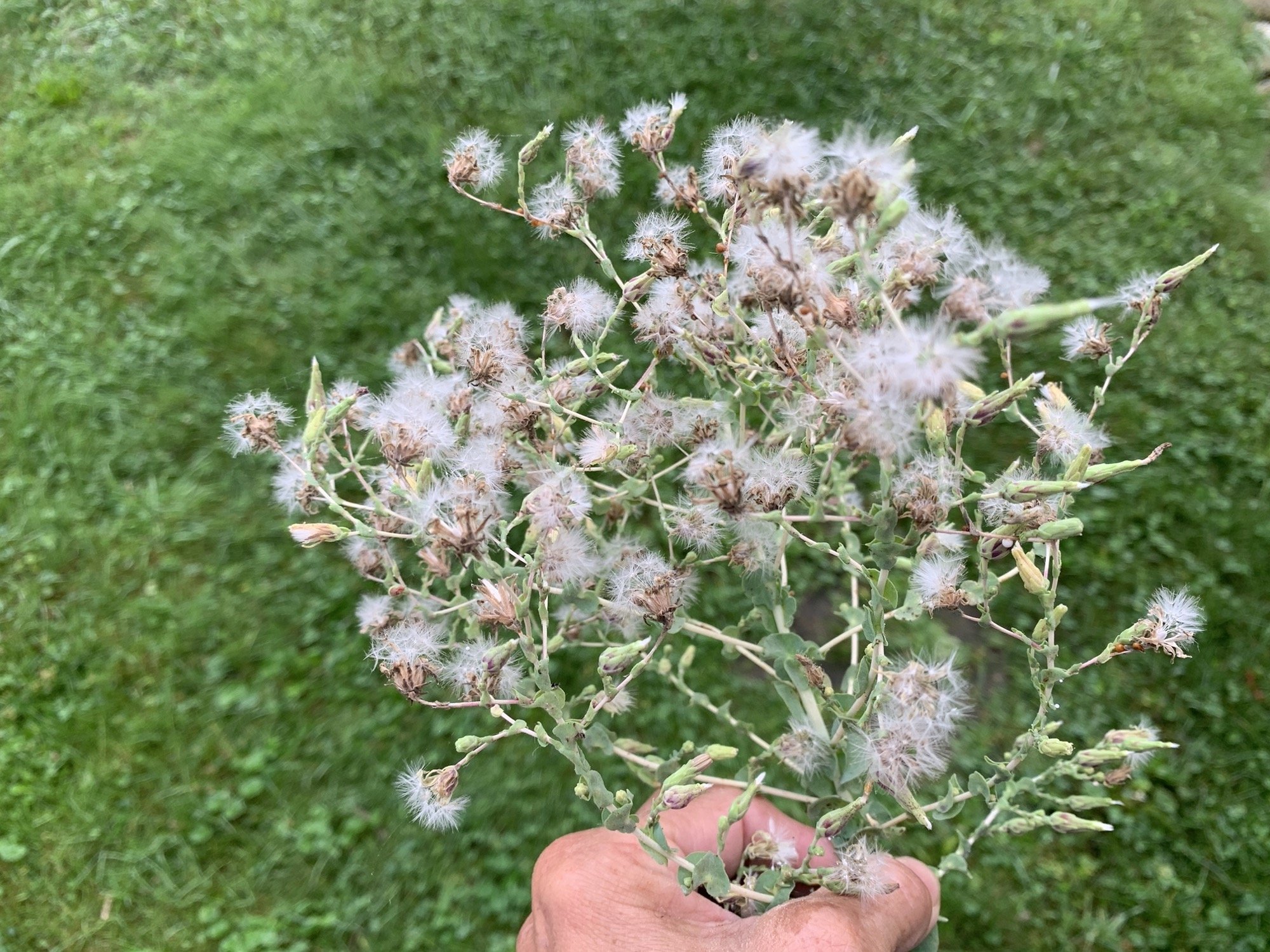 Lettuce seed on the plant 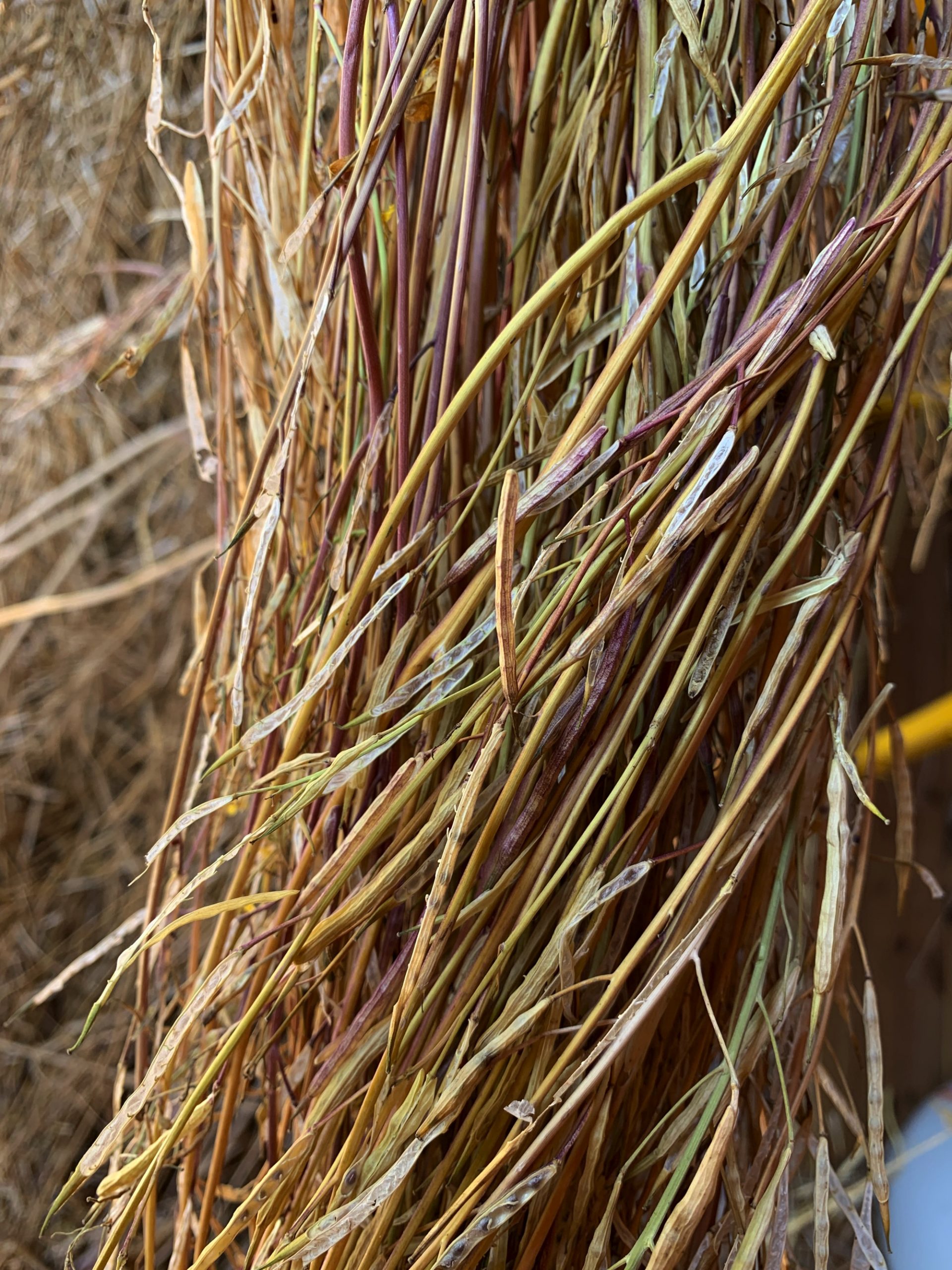 Mustard after twisting to open pods 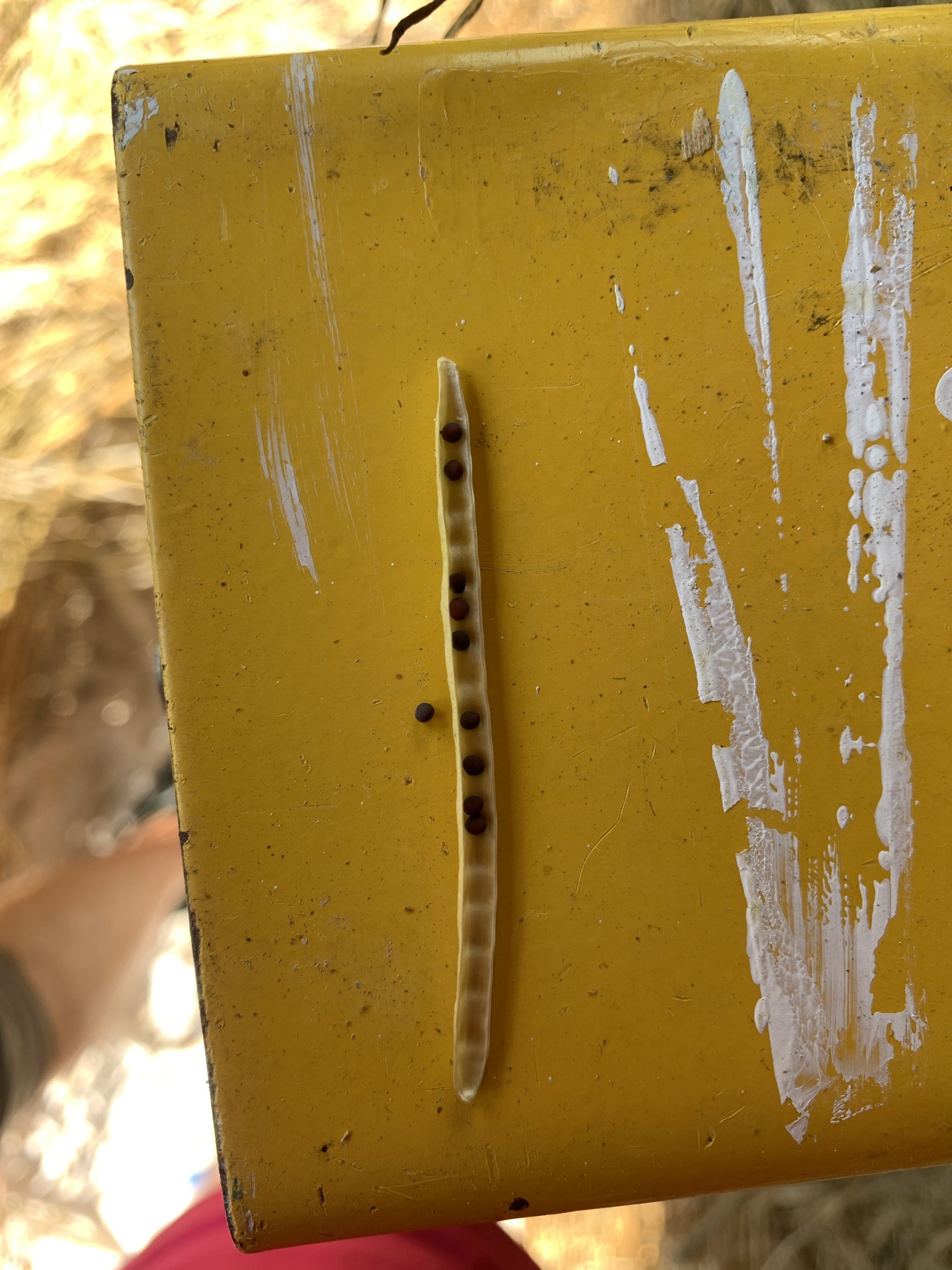 Mustard seed brings to mind a necklace I had as a child, a glass vial with mustard seeds in it. I didn’t understand that one seed grows into a plant that can generate hundreds of seeds! 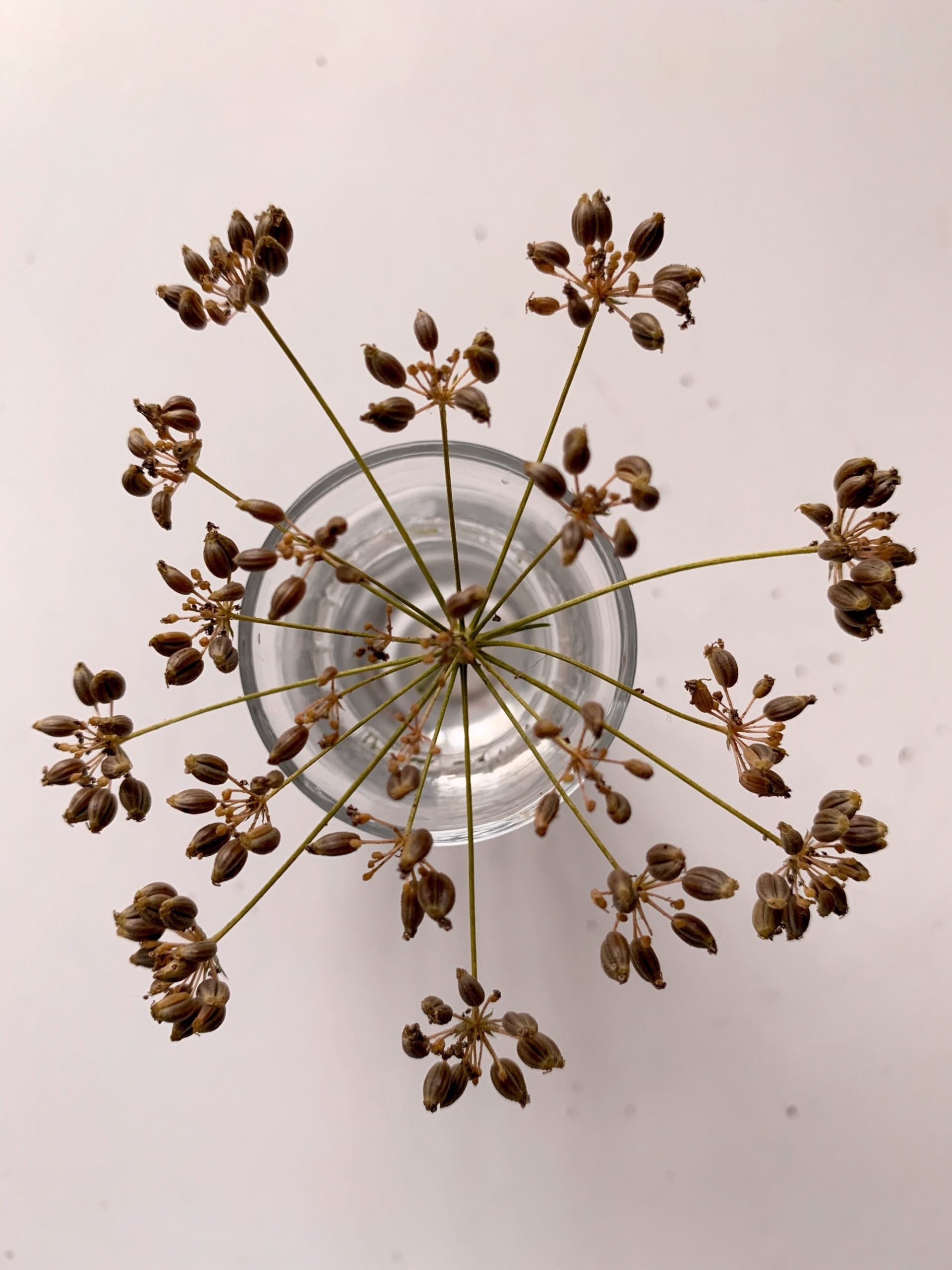 This parsley seed reminds me of fireworks.