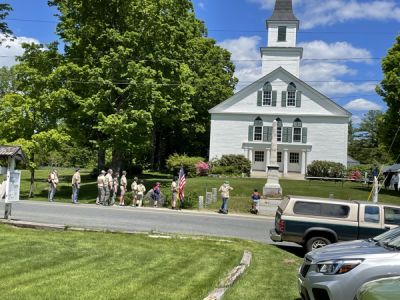 An absolutely gorgeous day accentuated the long-awaited return of Memorial Day ceremonies in Nelson after a two-year hiatus.  The Nelson Town Band entertained the crowd of 40 or so people who came to share in the occasion.

When the band was through playing, the Cub Scouts and Boy Scouts led a parade up to the cemetery, while first pausing at the Civil War Memorial Monument in front of the Nelson Congregational Church, where an American flag and geraniums were placed.  The Nelson Fire Department attended and used one of their trucks to follow the parade.  Once the procession arrived at the cemetery, geraniums were placed at the graves of war veterans. 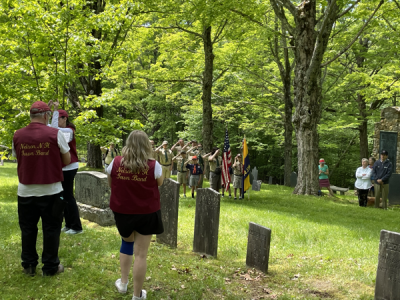 Rev. Eliot Fay of the Nelson Congregational Church gave a brief talk highlighted by the reading of a letter written by a Vietnam war soldier to his wife (see sidebar). He then ended with a prayer.  The band played a couple more tunes, including their stellar rendition of The Star-Spangled Banner. The program ended with a solemn Taps from the trumpets.

Being a relative newcomer to Nelson, and with the two-year absence of this program,  this was my first experience with the Memorial Day parade.  It was a poignant event filled with history and honor to the men and women who fought so bravely to defend the values we hold so dear.

Watch a short video below.

There are many times while I am out in the field that I really feel the need to talk to you, not so much about us but what I have on my mind. Being a good platoon leader is a lonely job. Writing like that doesn’t really do that much good because you aren’t here to answer me or discuss something. I guess it helps a little though because you are the only one I would say these things to. Maybe sometime I’ll even try to tell you how scared I have been or am now. … Sometimes I really wonder how I’ll make it. My luck is running way to good right now. I just hope it lasts.

Don’t worry about what I have said, these are just things I think about sometimes [….]

Sorry I haven’t written more but the weather is against me. You can’t write out here when it rains hour after hour.
I love you with all my heart.

All my love always, Dean

Four days later, Allen stepped on a land mine. He became one of the more than 58,000 Americans who died in Vietnam. 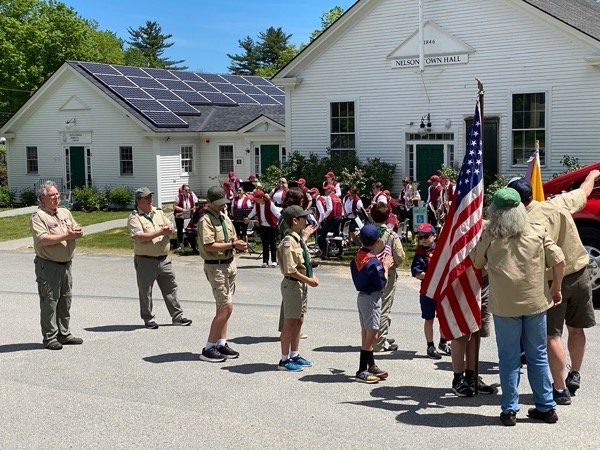 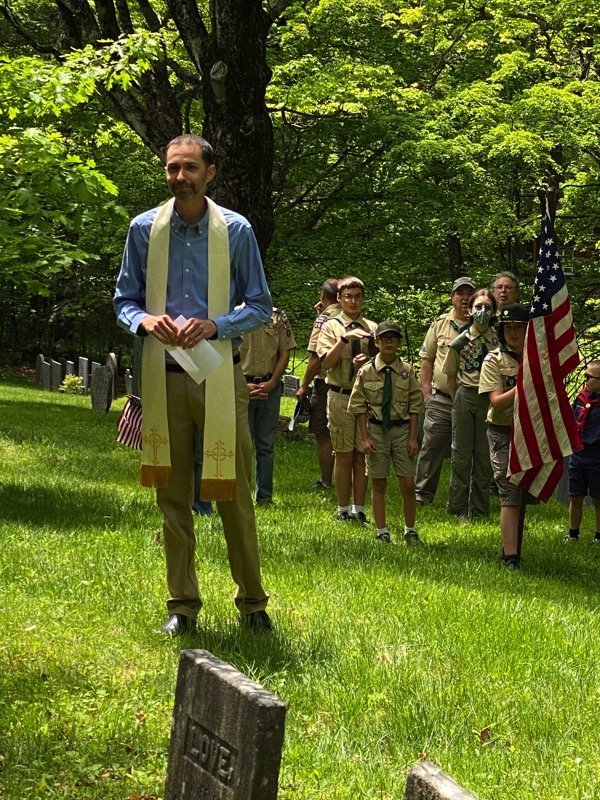