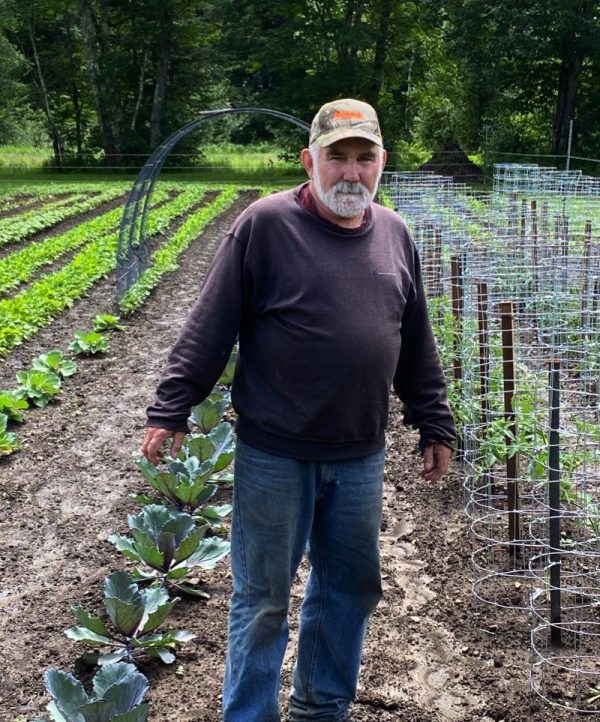 Nelson Hutchins: To the right – sturdy tomato cages hand fashioned from leftovers of a dog fence project. Behind, the arch hosts cucumber vines, and the cukes can then be picked from above and below.

Nelson Hutchins’ vegetable garden is an attention-getter as soon as one turns onto Nelson Road from Old Route 9 (Granite Lake Road). It is arguably the most pristine, well-ordered garden in Nelson, to the extent that even looking at it instills a certain peace — a satisfaction that someone would take the time and effort to create something so visually pleasing, and so obviously practical as well.

The garden has been there for several decades. Unlike many garden plots, this one seems almost new every year, an impression reinforced by the fact that in the fall it is thoroughly turned over, creating a clean slate for the coming year.

Nelson’s neighboring family helps with starting the tomato plants; most everything else is hand-sown into the garden. When we asked what kind of tomatoes he has this year, he said he’ll find out when they ripen.

This year’s garden shows an abundance of greens, beets, cabbage, squash, corn and tomatoes. Last year the deer took a fancy to the tomatoes, of all things, so this year the garden is protected by a solar-powered electric fence. It guards some of the corn; however, there is a separate unfenced section of more corn which, amazingly, has not tempted the raccoons.

The straight rows are wide enough to run a tiller through regularly, but space around the plants is also sparse of weeds. The secret to such a beautiful and weed-free garden? “Just get on your hands and knees and weed,” says Nelson. This is an activity he usually does in the evening, after a day in the woods.

Nelson was born in New London, the son of Clyde and Brenda (Newcomb) Hutchins, but grew up in Nelson. (He is frequently asked if he was named after his town, but it turns out that it is for a great-great-grandfather.) He has fond childhood memories of riding mini-bikes to the Munsonville Store, or collecting bottles and trading the deposit money for candy at the Store. Neither of these pastimes are an option today. 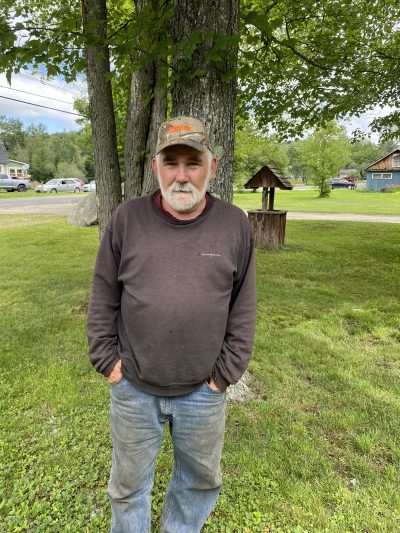 He has worked in the woods since the age of 10, and values the freedom of working for himself, usually alone. “The only time I’ve ever been hurt in the woods was when I was looking out for someone else,” he notes. He’s got a good firewood business, and though he is of age, the word “retirement” is not in his vocabulary.

During our visit he was generous with conversation — we could have continued for hours covering a multitude of topics. But of course there was work to do.

While Nelson’s gardening efforts are designed to keep him and his neighbors in good food (and less dependent on the grocery store), an unintended consequence is the joy that it brings to passers-by: what we might call Nelson’s welcome to Nelson. 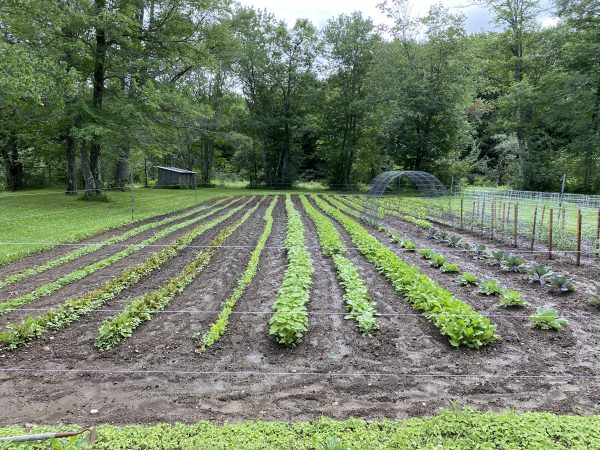