Memorial Day is not, at its core, a joyful holiday. The custom of decorating graves in the spring (when flowers bloomed) has long existed, but became more prevalent during the Civil War, particularly in the South, as a way to honor those killed in battle. It continued to evolve following that war, most frequently referred to as Decoration Day. Though the term “Memorial Day” first emerged in 1882, it did not become the official federal name for the holiday until 1971.

Like most holidays, it has been subject to increasing commercialization, and of course the burden of coordinating the logistics of Main Street parades, high school bands sweating it out for hours in hot uniforms for a relatively short musical presentation, can make it easy to become more focused on the moment and less reflective of the past. 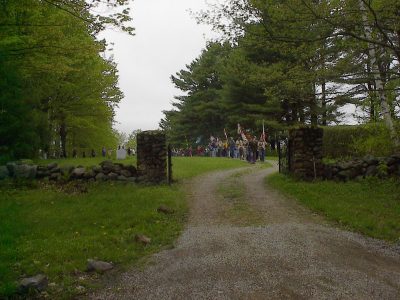 Memorial Day in Nelson, like many things in this town, is enriched by a slower pace. People gather on the common, greeting each other after a long winter, and most years (though we’re not quite there yet this year), listening to a short concert from the Nelson Town Band. Then, led by the Scouts, a steep (but short) procession up the hill, site of not only the Village Cemetery, but the original Meetinghouse and Village. Scouts and other kids scatter through the graveyard, setting geraniums on the graves of war veterans. A few words from the local clergy, the solemn sound of Taps, then what is often a quiet descent back down the hill. We can appreciate the reverence and sense of community that is less accessible in larger settings.

This year’s Memorial Day activities begin with people gathering in the village before noon. Expect Scouts and a Firetruck, but no band concert this year. Then at noon a procession up the hill. Once up at the cemetery, there will be just a bit of music from a small contingent of the band.

Last year there was no gathering, however a couple of band members did go up to play Taps, and that event was incorporated into a this video with clips from years past. 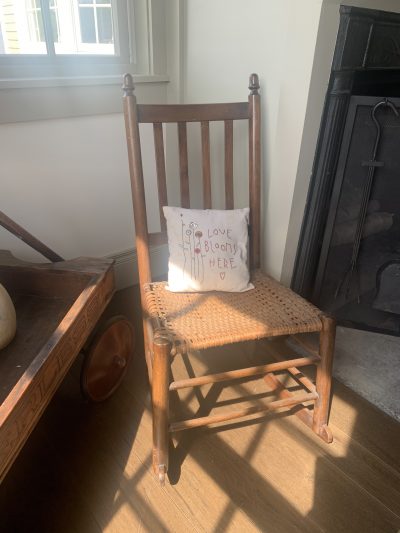 In an earlier update we noted the addition of two incoming Nelson In Common board members, Emily Tucker and Ethan McBrien, who will be formally voted in at the Nelson In Common Annual Meeting on August 21. We are very happy to add Jen Pepin to their number. Jen has already brought us a great story about the chair that has returned home. 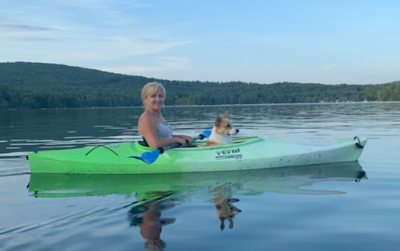 I first came to the Monadnock region in 1989 to begin my Actuarial career at NGM Insurance Company. My husband Victor and I built our first Cape style home in Westport Village in Swanzey. With the news of our third pregnancy and the need for more room, we found our second Cape in the village of Spofford where we raised our three daughters. I was active in their school, led Girl Scout troops for seven years and worked part time both at NGM and the local library. Eventually I left the Actuarial field and co-created the Cheshire Children’s Museum in Keene. We’ve now restored the Cape we bought a few years ago in Munsonville. I am very excited to become more involved in the community of this magical place. 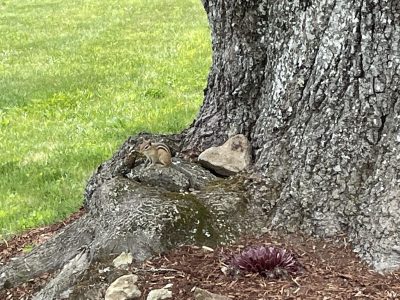 Chipmunk in the Trunk ~ Brenna Kucinski 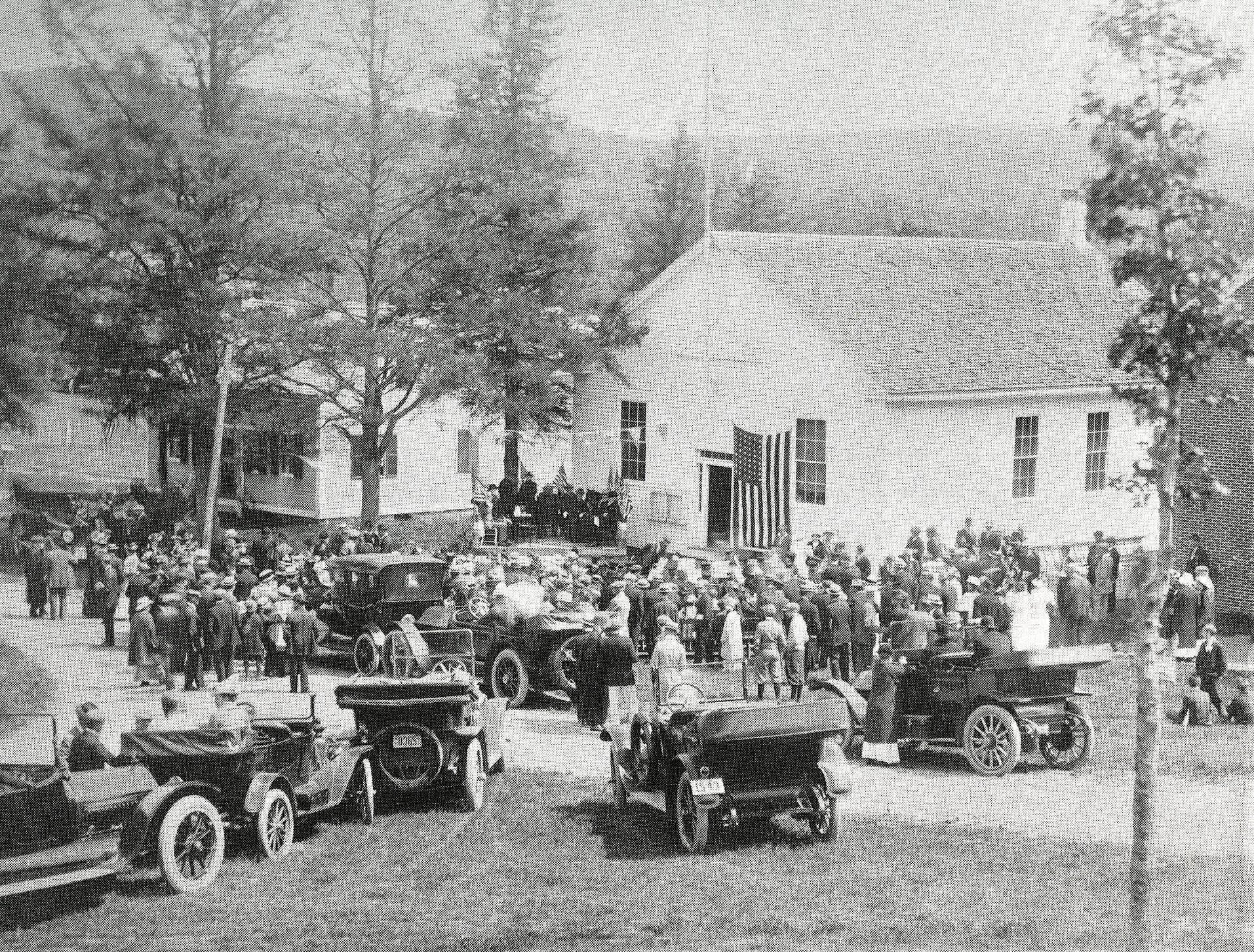 A considerable crowd gathered for the dedication of the Civil War tablet on the Town Hall, August 15, 1915. Edgar Seaver’s Band played. 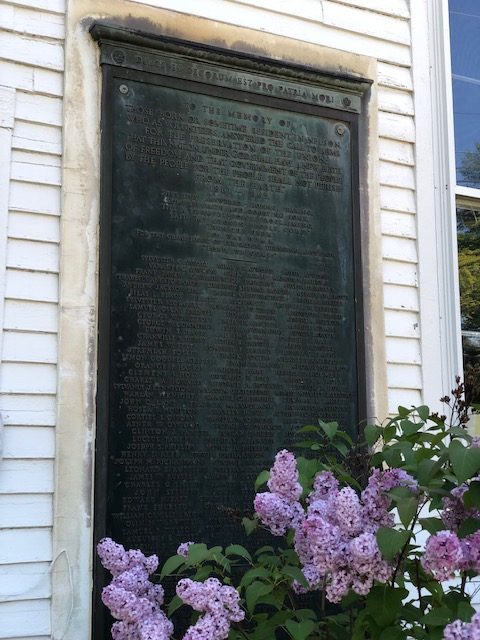 When lilacs last in the dooryard bloom’d,
And the great star early droop’d in the western sky in the night,
I mourn’d, and yet shall mourn with ever-returning spring.

Ever-returning spring, trinity sure to me you bring,
Lilac blooming perennial and drooping star in the west,
And thought of him I love.