Our forebears who wrestled with rocks and winter, many of whom eventually departed for more hospitable farmland, might be surprised, and possibly pleased, at how much agricultural passion there is here 200 years later.

After the booming sheep years (first few decades of the 19th century) Nelson’s population declined significantly. During the depression many certainly took more seriously the need to farm. In 1932 Parke Struthers bought property just a bit northwest of Tolman Pond. It became known as Merriconn. Parke’s daughter, Lindy Black, recalls:  “The farm added to our income by sale of blueberries, potatoes, carrots, hay, cord wood, and wool. It added to our supper table by supplying us with chicken, milk, cheese, eggs, butter and other vegetables we did not sell.” Merriconn lives on in legend only, but the spirit of self-sufficiency is alive and well. 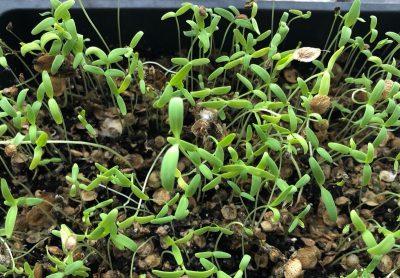 One manifestation of that is the work of the Nelson Agricultural Commission, and representing that, the monthly articles provided by Val Van Meier. Those who think December (and the ensuing winter months) are absent of food-growing potential will find this month’s column on microgreens to be entertaining and informative. The story starts with a visit to Linda Singer, who writes Musings of a Nelson Gardener. We are so fortunate to have two such articulate authors (who both happen to be great photographers) providing regular content to Nelson In Common. 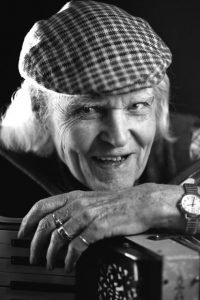 In the spirit of keeping things going: it was twenty years ago that Bob McQuillen (contra dance piano player and mentor to dancers and musicians all over the country) provided an initial endowment to the Nelson-based Monadnock Folklore Society to provide scholarships to young aspiring musicians who would like to study traditional New England contra dance music. The Johnny Trombly Memorial Scholarship (named in honor of Bob’s mentor) is now awarding scholarships on a quarterly basis, with the next deadline for application being January 1. For more information about this wonderful program, visit the Monadnock Folklore Society website.

Speaking of traditional music, we have a new story from Rick Church about Pompey Russell, who lived in what became Munsonville, from 1789 until 1805, when he moved to Maine. The sparse records indicate that he played the fiddle, and while there is not any known information about the tunes he played, or if he played for “kitchen junkets” (dances held in kitchens in the absence of a social hall), it’s not unreasonable to assume that he did.

Pompey had moved here with his wife Peggy. They had two sons born here.  They joined the church (the Second Meetinghouse), and their sons were baptized there.

More intriguing, the Russells (who may have been the first settlers in this part of town) were Black. Rick’s article provides some information about what later became of the Russells, but little is known about their life here, and really nothing is known about the kind of engagement they might have had with the community. Perhaps this article will lead to some yet-to-be discovered information.

READ about Pompey Russell (on the Nelson History website) .  .  .

When Rev. Dawn Garrett-Larsen concluded her ministry in Nelson in 2019, the Garrett-Larsen Social Justice Fund was created to honor her and carry forward the desire to help the cause of social justice in the world. This year’s awards have gone to three recipients: the Monadnock Quaker Meeting, the Monadnock Area Transitional Shelter (MATS) and the Sacred Ally Quilt Ministry. 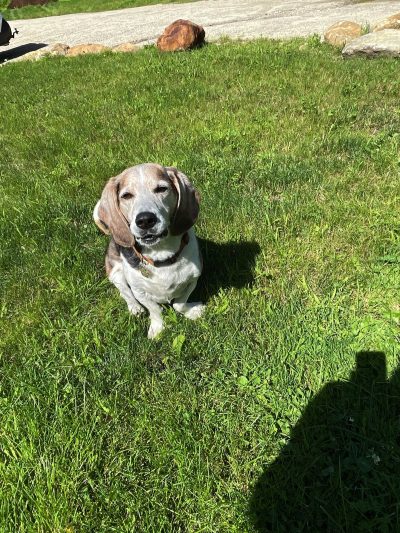 We had been aware of some change in the village this fall, but couldn’t quite place the disturbance in the force. It turns out, Emmett (occasionally known as the Mayor of Nelson) passed away at the end of the summer. A member of the Mackenzie’s household (the May Sarton house to the west of the church), Emmett, a beagle-bassett blend, was a frequent presence in the Village, and in fact in the road, where he seemed oblivious to oncoming cars. He was probably the most effective deterrent to cars speeding through town (no offense, Chief Pratt), and even an encounter with a vehicle, resulting in his trademark limp, did not change his habits. He occasionally dropped in on the church service on summer Sundays when the doors were open. But by far the most legendary part of his reputation were his field trips.  [READ MORE]

Candyce Fulford shares with us a lovely story about the unusual welcome she and her family received when they first moved to Nelson during the 2004 holiday season. It’s a warm tale of neighborliness, and one that we can all hold as an inspiration as we come into a time of holiday joy taxed by worldly concerns. May kindness prevail.

This is from a Zoom program by Lindy Black about her family’s farm in Nelson, New Hampshire. It was presented on January 23, 2021, for the Olivia Rodham Memorial Library.