Above, one of the photos included in Linda Singer’s musical photo essay. 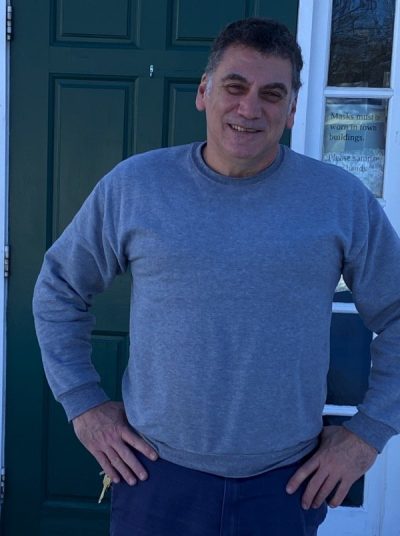 Rich is the new sexton for our fair city (such as it is), in charge of building and grounds maintenance. Rich was the fourth of nine kids, growing up in West Newton, MA. His family ran a restaurant, which meant that he learned the value of hard work early on. After a stint in the army, he spent some additional time at the restaurant, did some house painting, and got his pilot’s license. Eventually he gravitated towards custodial work, which led to various positions with the Town of Bedford, MA, becoming head of maintenance at John Glenn Middle School, and receiving gas and oil boiler certification from the Peterson School of Engineering.

He and his wife moved to Rindge 22 years ago, having been introduced to that town through a friend. This created a bit of a commute, but well worth while for living in such a nice place. Two years ago Rich retired, but found sitting still was not that satisfying. The opportunity came up to spend a few hours a week in Nelson, looking after things, and here he is.

Throughout his career Rich has had a passion for sports, working as a lacrosse coach, and being a 20-year season ticket holder for the Boston Bruins. He’s also a history buff, and is excited to be involved in a town where we take our history seriously! 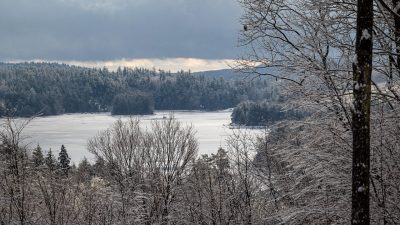 Readers of Linda Singer’s monthly column are used to her articles being enhanced by stunning photographs. For January, Linda has added another element: a slideshow of some of her photos with a musical accompaniment of her playing the Chopin’s Etude Opus 25, Number 7. As she puts it, “Chopin’s use of the minor key speaks of great loss. The occasional foray into major keys creates equally poignant moments that remind me of the hopefulness and beauty around us.”

This is an extraordinary experience, well worth reading, watching, and listening – and you can come back to it as often as you’d like.   See New Beginnings .  .  . 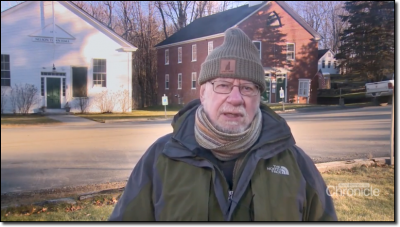 New Hampshire Chronicle’s Fritz Wetherbee was in town recently telling the story of the Nelson Tory, Breed Batchelder – one of our town’s first settlers who, unlike most of his local peers, remained an ardent supporter of the King. See the three-minute video from the WMUR website. 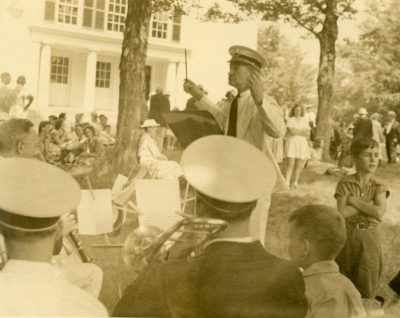 Back in the day – Edgar Seaver conducts the Chesham Band.

We’ve compiled the results of the survey about Old Home Day / Week that we’ve promoted on this website for the last three weeks. The results will be helpful in planning, though we note that the participation, at less than 100, makes it less than representative of the entire community. But, more to the point, ideas are circulating and ready to be the recipient of your energy as a volunteer for the overall occasion, or perhaps leading a project of special interest to you.

Item of most popularity – the Nelson Town Band Concert! See the complete results .  .  . 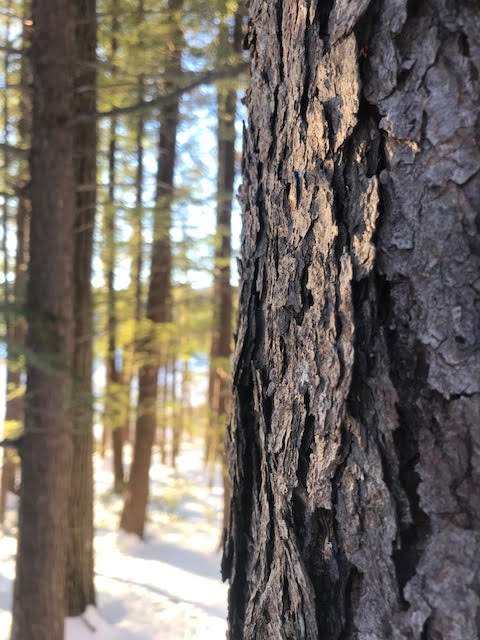 Read About the Otter Project