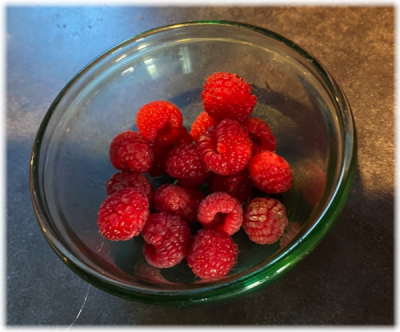 Imagine harvesting raspberries on November 1st!. Granted, the quantity was modest, but still – they were awfully good. This is one of many horticultural anomalies this year which provide both delight and concern even among seasoned horticulturalists.

For those not quite caught up with fall chores – rejoice! We gain an extra hour of time when we move back to standard time. No point in wasting that time getting extra sleep – there’s still stuff to be done. 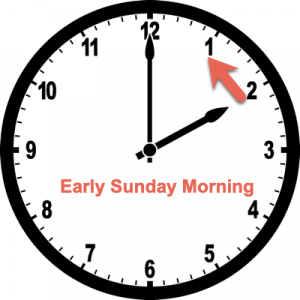 There was some talk between neighbors recently about Nelson actually not participating in the whole daylight savings time thing. After all, we can be a contrary town (hence the popularity of “contra” dances) – it is tempting to think about defying this convention. We suspect that including such a warrant article for Town Meeting would guarantee lively debate, but there’s usually not much shortage of that anyway, and the odds of it passing seem modest.

For those that do want to keep abreast of what’s actually happening at the Town Office level, we’ve introduced a new section on this website which will provide regular updates from the Select Board and any other town officials who have information to share.  This is regularly accessible from the home page, and when new content is provided it will also be noted in this update. [READ THE TOWN OFFICE NEWS]. 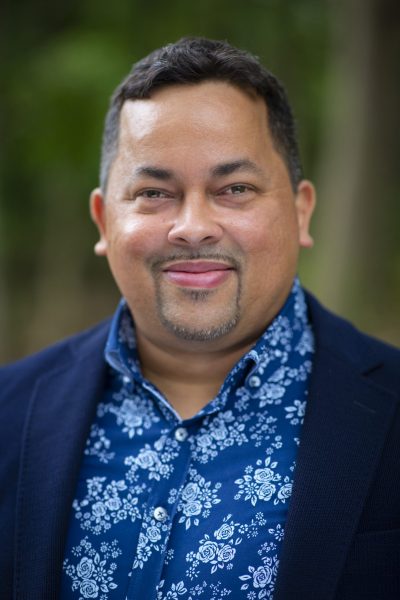 The Apple Hill Board of Trustees has  announced that Javier Caballero will be the next Director of the  Apple Hill Center for Chamber Music.  Javier has been involved with Apple Hill for over 20 years as a student, faculty member, concert-goer, and more.

READ AN INTERVIEW WITH JAVIER PROVIDED BY APPLE HILL 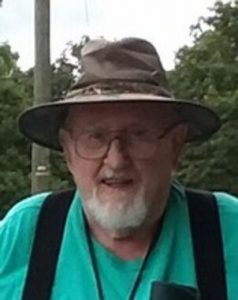 We received the sad news that Ron McCormick died on October 30th, in Bedford, VA. Ron and his wife Vangie were residents of Munsonville and dynamic members of the community for many many years. They are sure to be remembered by many people in town, and we are providing Vangie’s address for those who would like to send condolences.

When we first launched the Nelson In Common website in April, many people suggested we offer some type of bulletin board for people to sell things, buy things, etc. It’s been a little bit of a chicken and egg situation – the site needs to have enough stuff listed to entice people to visit it regularly. For everyone who is embarking on fall cleaning and purging attics, or seeking stuff for new projects, we encourage you to check this out by clicking the image below. 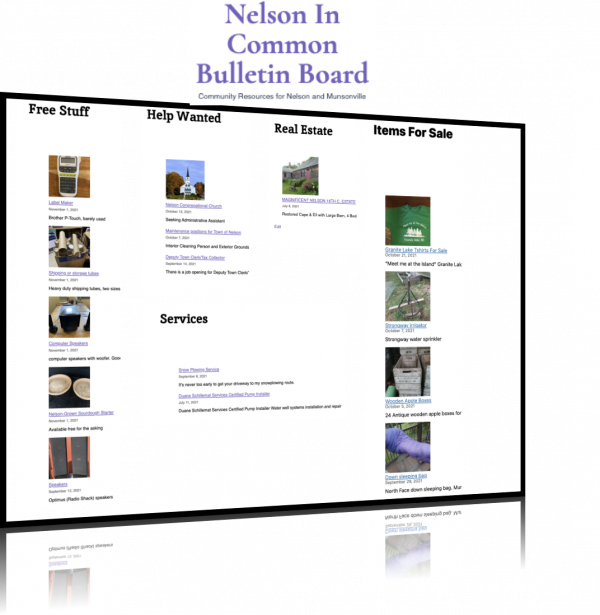 
When I was in college, and later in graduate school at MIT, in the City and Regional Planning Program, I had many opportunities to come across references to Olmsted, often called the founder of landscape design in this country. Just down the road from where I now sit is an “Olmsted” landscape design, sort of, which is unchanged over the years.  This is the story.

I have a starter from cherries that has been going for more than two years now. I truly don’t need three sourdough starters. The whole reason to start the highbush cranberry and raspberry starters was to share with the Nelson community.

It’s been a good fall for my old apple trees. I have been able to make many jars of apple sauce and also bake my favorite apple cake several times. The basic recipe comes from my Mother, Ella. 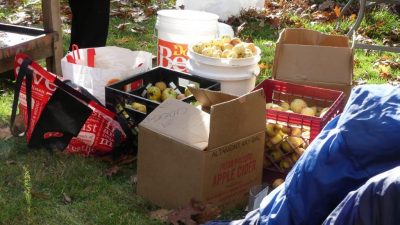 A bunch of apples 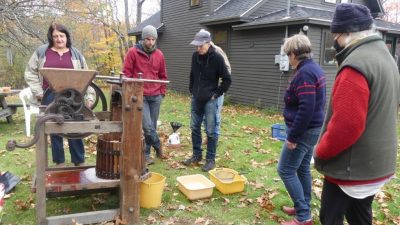 People standing around looking at a cider press. 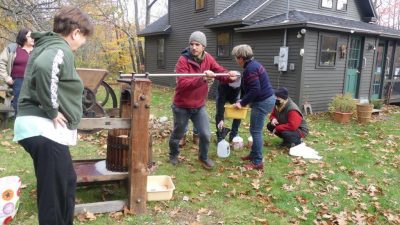 Scouts from Nelson Cub Scout Pack and Troop 530 will be accepting food donations on Saturday, November 6, 9 a.m. to 3 p.m. in front of Hannaford in Keene.

If you wish to make a food donation for a few days after November 6, please contact Elaine Giacomo (elainegiacomo@nullyahoo.com) and we will arrange to pick up your food bag. Food collected by the Nelson Scouts will be donated to food pantries in Nelson and Stoddard.
Thank you in advance for your generosity.