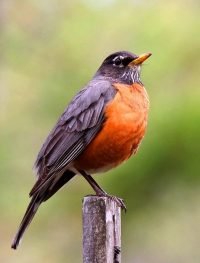 When we launched this website, back in April, spring was just starting to nudge its way into the year. As soon as winter lets go, the day begins with a dawn or even predawn cup of coffee on the deck. Over the next few weeks the avian serenade intensified, as it always does. There’s a very interesting transition that occurs when the first chirpers, the opening act, as it seems, leave the stage at around 4:30, and make way for the headliner, an orchestra whose members seem to come from diverse musical backgrounds, as if you had a Beethoven symphony, an Indian raga, West African polyrhythms, and New England fiddle tunes all playing at once. At first it seems quite cacophonous, but over time, if you can resist analyzing it too much, it begins to make sonic sense.

Now the mornings feature a more modest program, as the bird demographic (and their reasons for singing) begins to change. Yesterday one of the last remaining humming birds was energetically hovering so close I instinctively covered my coffee cup. This morning it was significantly cooler, and the writing could be seen on the grey sky: autumn. An occasional bird, but mostly crickets now.

On Saturday I attended a memorial gathering for Karen Tolman, held outside the farmhouse at Tolman Pond. As I looked around at the individuals gathered, some of whom I have known for over forty years, I could see that the variety of characters was as varied as the orchestra of an early spring morning, seen all together as an entity at once cacophonous and harmonious. Later, when individuals were talking, I could appreciate the distinct quality of a single message. Both are good, and each gives us an appreciation for the qualities of our community. 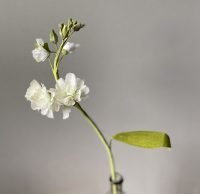 The goal of Nelson in Common is simply to provide a platform for illuminating and sharing what makes our town unique. Over the next two weekends, the Old Library is sponsoring art shows. It is not the artists themselves that will make this experience unique; they can show their work anywhere. It is the added ingredients of an unusual venue – the Old Library, and whatever combinations of characters are there at any given moment, interacting with the artists, and each other. It is the experience of climbing the granite steps, in anticipation of seeing the manifestation of artists’ creativity, engaging with that, then stepping back out, taking in the Common, the mailboxes, the village buildings. Feels like home.

Those early mornings will get darker and colder. Sometime in November or December I’ll have to dust the snow off of the deck chair. It’s ever changing, but always feels like home. 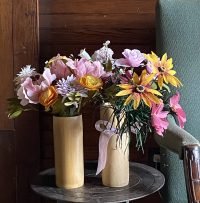 Lynn Francis will show her latest collection of paper flowers

Above: A pretty scene that also happens to be this week’s mystery photo.

Check out the Bulletin Board