The Keene Sentinel and Arts Alive have announced the winners of Ruth and James Ewing Arts Awards. Of the sixteen recipients, four have a special Nelson connection. 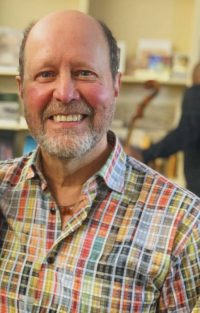 Lenny Matczynski first came to work with the Apple Hill Center for Chamber Music in 2007. Though he resides in Harrisville, his role as the director for Apple Hill gives him strong Nelson credentials. Lenny remembers a community forum in 2009 which was held at Apple Hill. There was a power outage, but that didn’t slow things down much – people went home and returned with generators, and things carried on. He remembers that as a good indicator of Nelson spirit.

His favorite Nelson experience is his commute. Formerly a resident of Boston, he just loves the idea that he drives through the woods to get to work. Indeed, the drive down Lead Mine Road to Apple Hill is unsurpassed for a beautiful journey. Instead of dodging commuters, one must be mindful and accommodating of turkeys and other creatures that make themselves at home on the road.

Apple Hill on the Web 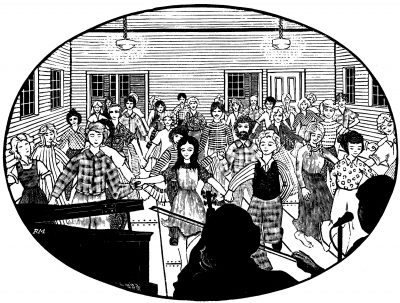 Wood engraving by Randy Miller, from A Time to Dance by Richard Nevell, Bauhan Publishing

Randy Miller lives in E. Alstead (a kindred town to be sure). He came to Nelson specifically for the dance, and certainly the rich legacy already established by Ralph Page, Newt Tolman, and others influenced his own direction. He is the author / compiler of several collections of tunes and has numerous recordings to his credit. He has been a major figure on the dance scene, starting as a piano player, now more commonly on fiddle or accordion. It would take too long to describe all the renaissance person characteristics he possesses, but it’s worth noting that his Ewing citation is for being an Arts Advocate, reflecting, among other things, his role as an inspiration and mentor. But it’s not just tunes: Randy has long had prominence as a wood-engraver. Here we are pleased to present his rendering of the Nelson Town Hall, from the perspective of the piano player.

Randy on the Web

I’m always happy to play music for the Nelson dances not only for the enthusiastic dancers and welcoming spirit, but for the honor of being a small part in the long line of contra dance musicians for which Nelson is so gloriously known.

Without the example and influence of Newt and Kay Gilbert I would have missed out on a lot of contra style tunes, especially their take on 19th century fiddle music. It was Kay who very kindly and graciously one night invited me to take her place at the piano for a set. 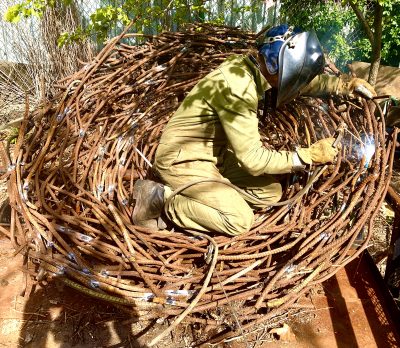 I grew up spending summers with my brother Paul and sister Joyce in Nelson, in the vacation house that my paternal grandparents, based in NYC, had purchased in 1940. Our parents would come up for the weekends.

I moved from the Boston area to New York City in 1980 to go to art school at Pratt Institute in Brooklyn and for about a decade spent little time in NH.

Though I loved New York and embraced the downtown art scene, there were a lot of challenges. Waitressing to earn a living and hot Brooklyn summers in the city were hard to take eventually. After a residency at MacDowell Colony in 1986 in Peterborough it occurred to me I had a built-in opportunity to escape the city and make my artwork. For the next 30 years I spent July-October in Nelson, and gradually, with local builders, developed a wonderful sculpture studio here. Over the years I reconnected with childhood summer friends, and met many more people, discovering a rich and supportive community. Though my New York world has educated and driven me all these years, Nelson provides refuge and renewal, acceptance and continuity. Immersing myself in nature and riding horses with a local friend touched something very deep within me. My artwork found support and blossomed here in a way that reinvigorated me to keep on in New York where recognition was hard won and life was often challenging day to day.

Wendy on the Web

Ernie Hebert responded to our request for a short piece, but says he couldn’t help himself when he started writing, so click on the link at the end to read his long version. 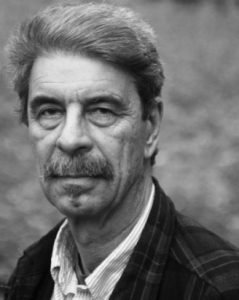 My folks had a place on Granite Lake, and in 1960 when I was 19 I played for the Munsonville town team organized by Joe Dobson Jr., the son of store owner Joe Dobson, a former Red Sox pitcher. Our home field was on Murdough Hill Road.

My memories of Nelson go back decades and consist most vividly of dynamite women, starting with my wife Medora. We spent the first three months of our marriage in a perfect honeymoon cottage in 1969, a renovated barn owned by Jan and Ruth Teppema on Log Cabin Road.

A decade later, Lael Wertenbaker helped find me a publisher for my first novel, The Dogs of March. Also two of my most favorite books were written by Nelson residents, The Reckoning by May Sarton and More Spit Than Polish by F.B. (a.k.a. “Floppy”) Tolman. I also fondly recall my friend and fellow writer, Karen Tolman.

“This year we’re celebrating leaders, visionaries and folks living among us who are transforming the arts locally and across our country and the world. Art doesn’t have to be held within the four walls of a museum or on a formal stage – these artists’ work jumps out of formal contexts and just grabs you. These artists demonstrate what it is to be driven and to love the process of making art, music, stories, theatre and dances.

In 2oo4 Lisa Sieverts facilitated an interview with several Nelson Old Timers (all of whom except Dudley Laufman are now gone).

In this short segment Barney Quigley is talking about his father, Albert (Quig) Quigley, who lived next to the town hall, and was an artist, a framemaker and a fiddler for dances. Then Frank Upton tells the story of Raph Page giving some unwelcomed advice to Quig. No one could tell a story like Frank!

Read about Mike and Nick’s passion for hard work. 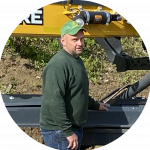 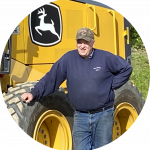 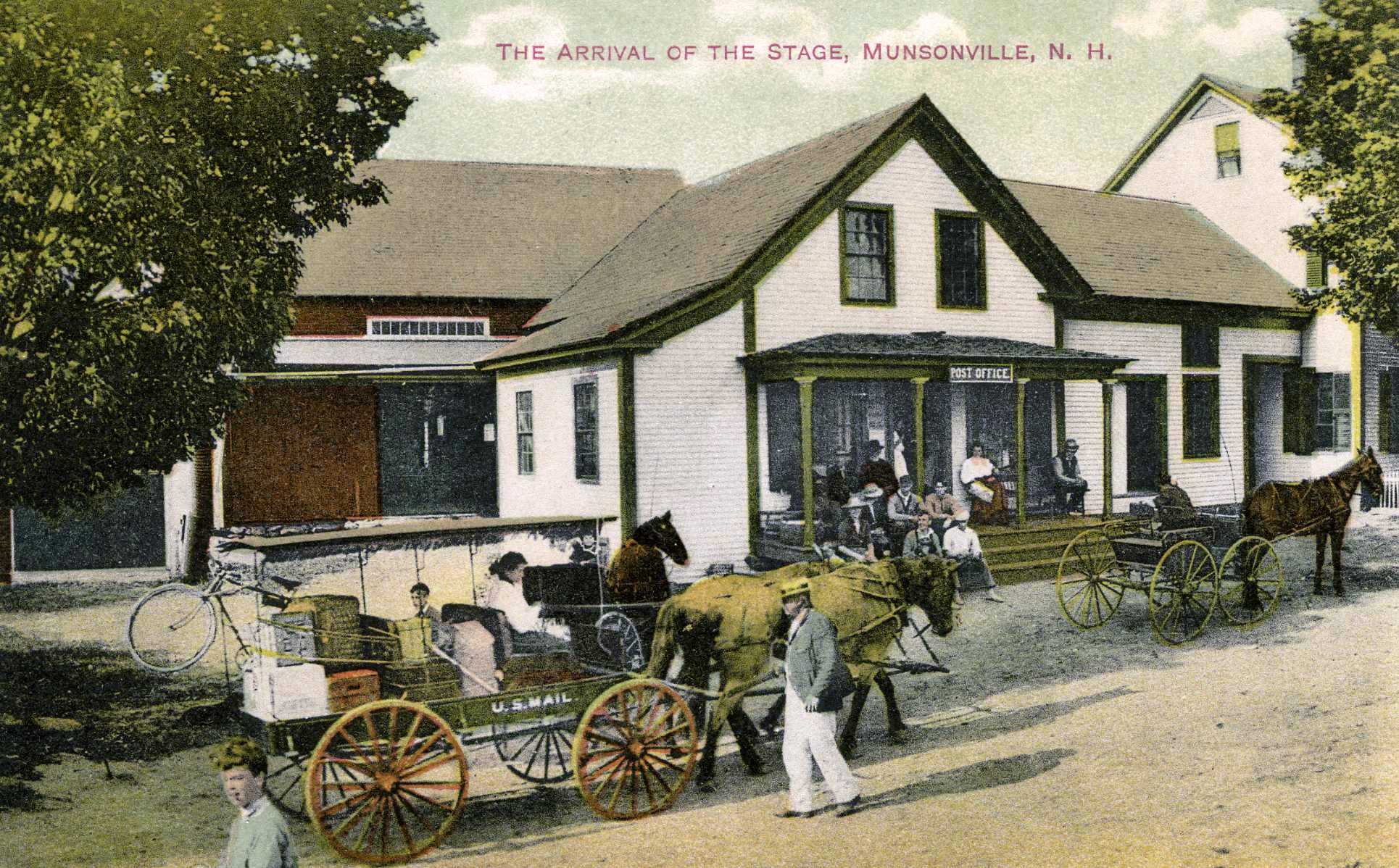