Editor’s Note: We came across this article on the website of the Keene Sentinel. It was written in May of 2001 by Hannah Tewksbury (now Hannah Blair) when she was a junior in the honors-level American studies class at Keene High School. She wrote this paper in a class taught by Ted Miller and Tony Dubois. Fast forward twenty years: Hannah lives in Antrim, and she is a second-grade teacher at the Fuller School in Keene. This is published with the permission of the author and the  Sentinel.

Lake Nubanusit, which wends its way through Nelson and Hancock, is a dazzling place that warms the soul in any season. In warm weather, fishermen are drawn to its trout and small mouth bass; in winter, they walk on the lake and drop their lines through the ice.

On many occasions, my father and I have traveled on snowmobile through the bumpy trails of Nelson. Invariably when we hit the ice of Nubanusit my breath is taken away. The snow sweeps across the ice in the bitter wind, making a dance of ghost-like figures. The snow drifts over the surface of the ice, stirring thoughts of scourging hot sand on faraway deserts.

Birches weave in and out of the evergreens on the shores. The 700-acre lake seems large and wide, and as my father and I travel the edge of the shore we interrupt the lake’s haunting silence.It is a winding shore, as the lake bends and turns here and there. For much of the 19th century, its shape, which followed the path of a brook, caused it to be known as Long Pond, but about 120 years ago its original Abenaki name was restored. By some accounts, the word means “where there is summer land” and is interpreted in a recent book by Francelia Clark and Dave Robinson to designate the southern boundary of the Abenaki lands.

The land and lake were fruitful, according to many accounts — but not always so. In 1851, an apparently frustrated fisherman John Humphrey observed “(I) became quite intimately acquainted with the shores and waters of Long Pond by boating, bathing and (making) occasional attempts to lure the wary pickerel that would lie complacently under the lily pads and cast suspicious glances at the angler’s bait, seldom responding to his most tempting offerings.”

Although Nubanusit has long been known for its outstanding beauty, it also served as an industrial resource. In the 1850’s the water level was raised about 14 feet.

The step provided the Cheshire Mills downstream in Harrisville with water power.

One writer described the water system as an industrial marvel: “By various (means), and particularly by the more recent quite complete improvements and better management that has been had since the Cheshire Mills Co., have become sole owners of the stream there has been developed, perhaps the best and most reliable water power of its size, to be found in New England or elsewhere.”

In more recent times, Nubanusit’s story is more that of recreation and aesthetic appreciation. For years, Nubanusit and its surrounding towns were considered a modest recreational suburb that supported a tight circle of families.

After the railroad was built, the higher classes, coming from Boston or other cities, used Nubanusit as a summer getaway. And there they mixed with people whose lifestyles were far different and less pretentious.

Eventually the lake opened up to more social classes, and people began to move in and live on the lake year-round. The economy changed, fewer and fewer summer homes were built while the number of four-season homes increased.

Nelson’s Ethan Tolman reflects on the evolution: “Each generation uses it differently, most without noticing the change.”

While traveling around the lake, I can see the new homes, modern homes being built, opening the lake to another generation of people. Amidst this new world remain the old summer houses that portray the past life of Nubanusit and much of the natural setting, which is increasingly being protected from development.

Some photos of Nubanusit, courtesy of Judi Lang.

Click on each photo to see an enlarged view 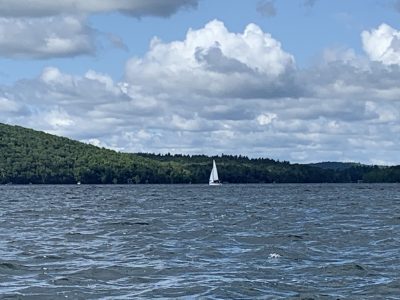 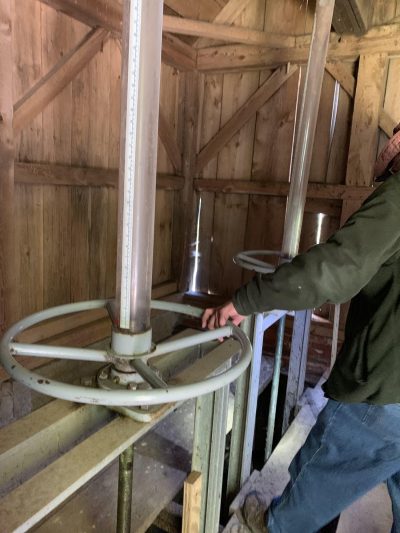 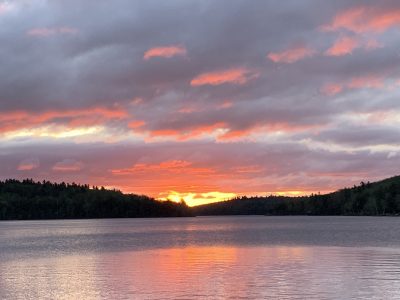