The Nelson Scouting program has a long, proud history that dates back more than 50 years. However, its current status has been in existence since the mid-1980’s, when the late Jim Jarvela formed Cub Scout Pack 530. Boy Scout Troop 530 followed when Jim’s older son, Jacob, aged out of Cub Scouting. Both units are still active today, and are chartered to the Nelson Congregational Church. 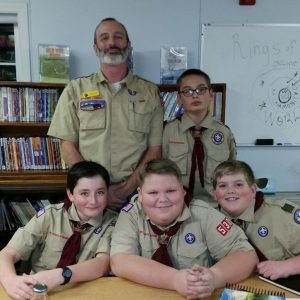 Throughout the last decade of the 20th century, virtually every boy who attended the Munsonville/Nelson School was a Cub Scout at one time or another. Together they learned outdoor skills, community service, and cooperation, built Pinewood derby cars, camped out, and established a reputation throughout the area as a group who worked as a team. Boys who remained in Scouting moved into the Boy Scout troop at age 11. Here they honed the skills that they learned as Cub Scouts, gained leadership skills by running meetings and organizing trips, and earned merit badges that taught them new skills and helped them advance in rank.

The top rank in Scouting is Eagle, and Troop 530 has produced so many Eagle Scouts over its 30-year existence that other units called Troop 530 the “Eagle Troop.” Look around the Nelson area and you see Eagle projects everywhere. The Nelson Bambino ball field, the wooden Nelson road signs, our voting booths, and the mailbox holder in the town common – all Eagle projects. In all, more than 20 young men from Troop 530 have earned the Eagle badge – a truly praiseworthy accomplishment.

Where is Scouting today? Over the years boys from neighboring towns have joined Pack 530, and recent years have seen more boys from Stoddard, so both the troop and pack have been meeting at Faulkner Elementary School in Stoddard. As with all activities, the COVID pandemic severely restricted the ability of the troop and pack to meet regularly, but activities have once
more resumed.

What’s new in Scouting? One word – girls. About five years ago, the national office of the Boy Scouts of America ran a yearlong trial program to see if girls were interested in joining Boy Scouting – their efforts to merge with Girl Scouts were unsuccessful. The program results showed that many girls wanted to be part of the outdoor skills training and adventures offered by Boy Scouts, and girls joined the pilot program in large numbers. 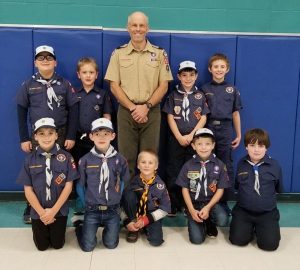 Today, if a Cub Scout pack’s sponsoring organization approves, girls as well as boys are welcome to join. The girls can participate in all the same activities as the boys, but their den must have at least one female leader. At the troop level, girls form their own troops, but they have the same program as the boy troops and participate in all Scouting district group events. One final new thing: Boy Scout troops are now called Scouts BSA troops.

Who can join? All boys and girls from kindergarten through fifth grade are welcome to join Pack 530. Boys ages 11 through 18 may join Troop 530; Nelson does not currently have a girl troop, but there are girl troops in Keene and Jaffrey that would love to have more members.

For more information about becoming involved in Scouting, you have a number of options.

If you want to learn more about Scouting, either contact the above people or visit the Daniel Webster Council website at nhscouting.org.

Please note that schedules may change due to unexpected circumstances. . If you are attending a meeting for the first time, please check in with the Troop organizers to make sure it is happening. 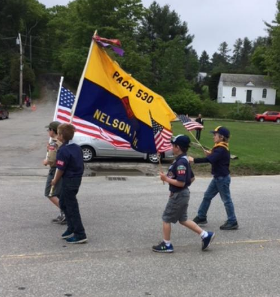