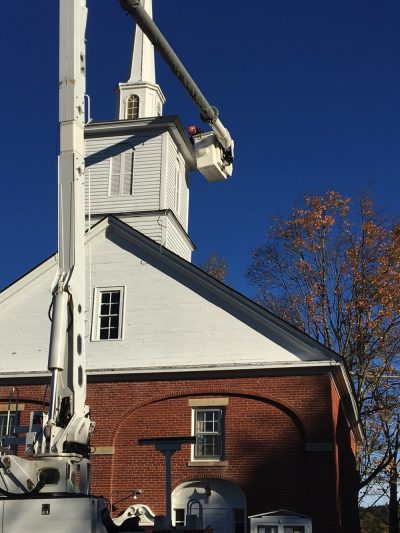 It was the third week of July and it was still raining. The nonstop precipitation made it difficult to distinguish one storm from another, at least until the lightning strike that firmly planted this tempest into memory. The brilliant electric blue light filled the sky at precisely the same time as the deafening crash. There was no time to start counting, which (based on the childhood adage) proved Munsonville, NH was ground zero of this savage storm. Reports of ruined appliances and fried phones circulated, along with news that Chapel by the Lake had been plunged into darkness. A GFI circuit had been blown, causing a voltage spike that blew all of the lightbulbs. An easy enough fix inside the church, but how would the floodlights on the steeple be addressed? As local residents may have noticed, Michel’s Power has been rumbling by with outsized equipment, easily capable of reaching the top of the steeple and beyond. A quick inquiry was met with enthusiasm, and on a bright and sunny October morning, an enormous cherry picker was backed into place in front of the Chapel. The first three bulbs slid easily into place, but the fourth socket will need additional repair. For now, admirers can once again see the gleaming white steeple reaching into the dark skies over Granite Lake – at least three sides, anyway! 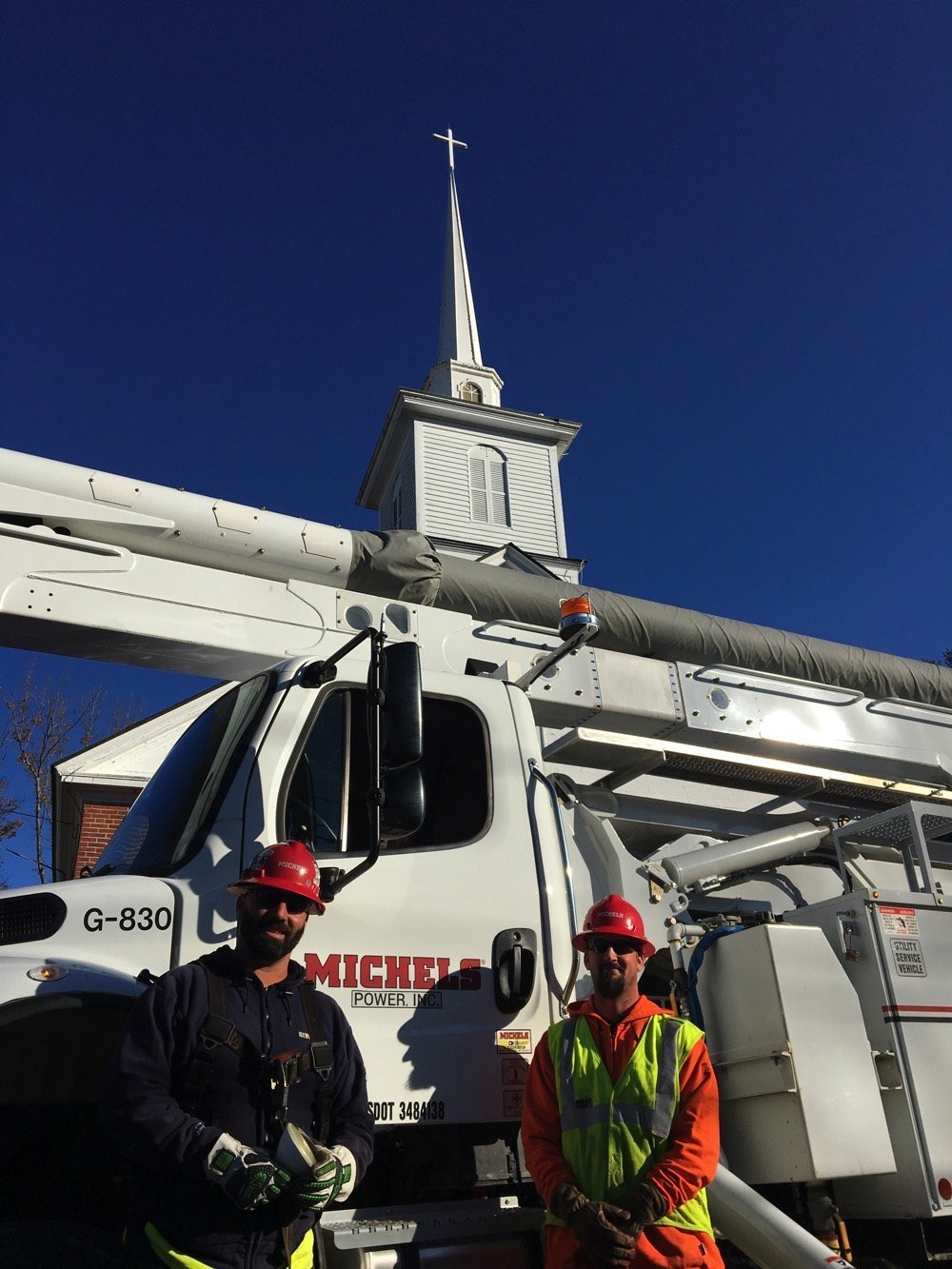