200 words or less about a memorable Nelson experience

Got a longer story to tell? We look forward to having an assortment of essays about Nelson. Let us know what you’re thinking about.

Barry Tolman dropped in for a quick visit a few days ago. I usually have some history question for a person who remembers a lot of Nelson’s past. We got talking about houses on Old Stoddard Road that had been lost to fire. 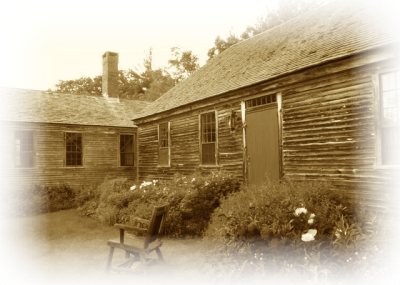 In the late 1970s the old Josiah Whitney home, owned by Peter Flint, caught fire. Peter’s Aunt Kate was home at the time. Aunt Kate was a small, wiry, and strong-willed woman. The Harrisville Fire Department’s truck was the first to arrive and found the place was seriously involved. A big burly fireman named Bryan Trudelle entered the burning building and found Aunt Kate.

“We gotta get you out of here, this thing’s going to go,” said Bryan.

“I’m not going without my dog,” said Aunt Kate.

Bryan said she had to get out now and that he’d come back for the dog. Aunt Kate replied with a punch in the big man’s nose. “That got my attention,” he said later, and he called repeatedly and pleadingly for the dog. The dog, like its owner, was small and feisty. With the dog under one arm and Aunt Kate under the other, Bryan got out just in time. The building was a total loss, Bryan’s nose healed, and the story lives on.

In the late 1970s the old Josiah Whitney home, owned by Peter Flint, caught fire. Peter’s Aunt Kate was home at the time.

A Parking Meter in Nelson

One day I spotted a parking meter. I loaded it into my truck, and by the time I got home I had contrived a plan.

One Christmas, we gave a couple of our children walkie talkies. Suddenly a deep voice cut in, saying, “This is Santa. It’s time to go to bed!”

On the evening of November 28, 1989 the Munsonville store burned due to a faulty ballast in one of the fluorescent lights.

Our First Day in Nelson

In 1977, Sam and I saw an ad in the Harvard Crimson (thank you Karen Tolman) for a camp for rent in Nelson, near a place called Tolman Pond. We had some friends in Peterborough and Hancock, so we decided to rent the cabin to get out of Cambridge in the summer.

Every year at Christmastime I am reminded of the very first Christmas we had here in Nelson. I don’t remember the exact date, but on one particular day in mid-ish December near suppertime there came a knock at the front door.