Store for a Day Celebration

Store for a Day Celebration 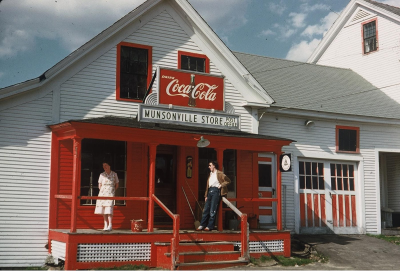 Many in the area fondly remember the Granite Lake Store in the heart of Munsonville, New Hampshire. For some, the store’s proximity to the bus stop allowed it to serve as before and after school care for their children. For others, it provided a convenient place to pick up milk or bread on their way home. Most importantly, it served as a community hub to meet and discuss local, state, and national events. The store operated continuously from 1816 until 1989, when it met its final demise in a devastating fire that changed the fabric of the village. To commemorate the many years the store stood proudly in the village center, a “store-for-a-day” celebration is being planned for this summer where people can once again gather to recall days of yore.

First opened by Oliver Stone in 1816, the store served the chair and cotton mill laborers who had settled in the small town and did not have farms of their own to provide food. Twenty years later, a Post Office was introduced and increased the foot traffic into the store. Located on the increasingly busy route between Keene and Concord, the store was a useful stopping point, especially, in the 20th  century, with the introduction of gas pumps. Eventually, as the waters of the lake moved from powering sawmills to cooling vacationers, the store became a place for summer renters to buy groceries, fishing supplies, or ice cream. The iconic store went through various face lifts and color palettes as it passed from owner to owner; most notably as a baseball museum of sorts, under Red Sox pitcher Joe Dobson in the 1950s. Through all the years, penny candy and town news were always top memories, until a destructive fire in 1989 ended the store’s long run. The following is an excerpt from an article written by Thomas Jarvela in 2001 about the store. It highlights memories of locals Ray Huber and postmistress Dot Hackett and the night the store burned down.

Dot Hackett, who worked in the store building for more than 11 years, sat out back in her little window next to all the post boxes every day. Hackett, a “pleasant conversationalist,” as described by Huber, was the last in a long line of postmasters and postmistresses who had run the post office during the 137 years it had been located in the store. Dotty said of the location, “It was the center of Munsonville. People would stop in after work to get a little of this and a little of that. It was a good place to say hello.” The store was also, at one time, home to a little restaurant, which was next to the post office in the back.

On the blistering cold night of November 29, 1989, Ray stated, “I can remember watching all the memories and history that had gathered in the walls of the small town store go up in flames, literally. It was a weird one.” Huber recalled it was an “awful night.” He had just walked in the door of his home when he got the call that the store was ablaze. Firefighters from Nelson, Sullivan, Stoddard, Harrisville, and Keene came to squelch the flames, and eventually did. The fire had taken its toll, and much of the store was damaged. It was later discovered that an overheated ballast in a fluorescent light had started the fire. The fire then spread to some kerosene containers stored in the attic.

After the devastating fire, John and Anne Cucchi purchased the remaining centuries-old home that remained standing and have worked tirelessly to collect and preserve any store history. John intends to use Thomas’s article plus other writings, memorabilia, photos, and interviews to eventually create a film about the Granite Lake Store, as a way to bring it back to life for those that never had a chance to visit.

In the meantime, a “Store-for-a-Day Celebration” is being planned for summer 2022. The celebration will be held in the Chapel-by-the-Lake, with an old country store feel, and will feature local vendors of crafts, produce, and Nelson products, plus a coffee shop area to gather and reminisce. A “pop-up museum” area with an Antique Roadshow format will allow locals to get appraisals or inquire about the history of antiques and artifacts they may have in their families or would like to know more about.

This is going to be really fun!

If you are interested in being a vendor, have questions, or would like to help with the celebration, please email Jen Pepin at jlpep3@nullgmail.com. 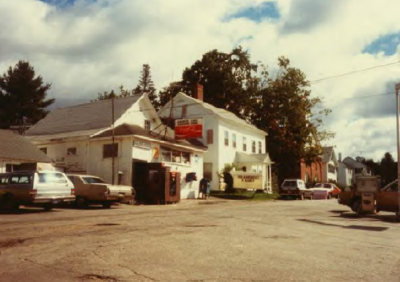 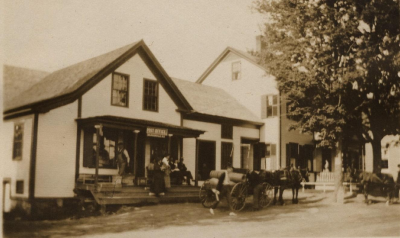 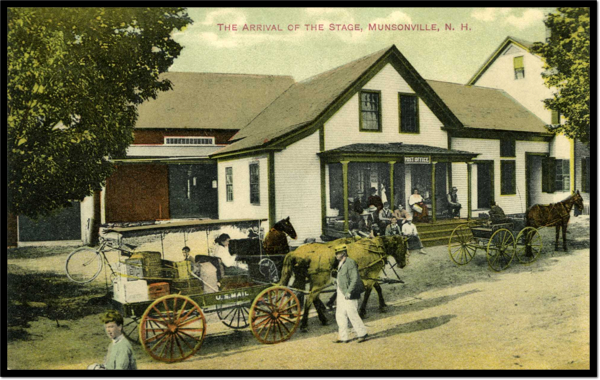 Read More About the Store