A scholarship in the name of Albert Duvall Quigley, an artist, musician, and frame-maker from Nelson, New Hampshire, was established in 2017 at the New Hampshire Charitable Foundation.  This article  serves as a reminder for those who know about it, or new information for those who don’t.  The scholarship provides assistance to students from the Monadnock region who are pursuing post-secondary education in the visual arts. Recipients will be selected based upon creativity, passion for and commitment to the arts, and financial need. 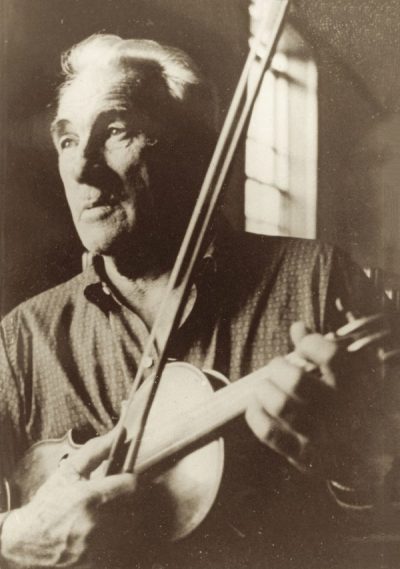 Albert D. Quigley grew up in Frankfort, Maine, and came to Nelson after his service in World War I. “Quig,” as he was known, quickly became an integral part of the fabric of the town and its rich history of artists and musicians as he played for contra dances, painted the region’s towns and people, and made frames to hold regional artists’ paintings. He died in 1961.

This scholarship is the result of a community effort to remember Quig’s life and honor his legacy.

The scholarship was launched by a group of people who joined together to mount an exhibit of Quigley’s work at the Historical Society of Cheshire County in Keene, and to compose a comprehensive 184-page full-color catalogue of his work. The Albert D. Quigley Exhibit Committee consisted of artists, writers, and educators from Nelson and beyond. Generous people and businesses made donations to support the committee’s work and the scholarship fund.

Quig was not a wealthy man. His only formal artistic training was made available to him through scholarships: an Expeditionary Forces scholarship to study painting at the Isadora Duncan Pavilion outside Paris just after World War I, and a Bartol Scholar award to attend classes at the School of the Museum of Fine Arts in Boston when he was living in Nelson.

For much of his life, Quig bartered his paintings: for legal services to purchase his home in Nelson, and in exchange for medical and dental services. Many of the paintings in the catalogue had been created as part of this exchange system. 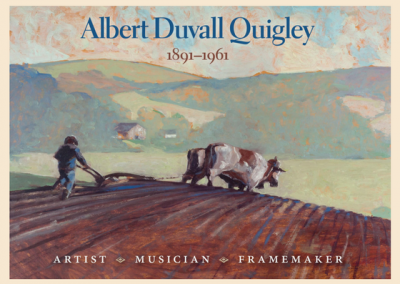 Sales of the Quigley catalogue continue to support the scholarship fund and ensure its success in helping young artists in the Monadnock Region long into the future.

The book can be purchased directly from the the Historical Society of Cheshire County in Keene, and at local bookstores.

Applications for scholarship can be made directly with the New Hampshire Charitable Foundation.

Albert Quigley’s Nelson: An Artist’s Vision was a PowerPoint presentation prepared and presented by Lance Tucker for the Nelson, NH Summer Library Forum Series on July 13, 2017. This youtube was made by merging the live recording from that presentation with accompanying photographs to help tell the story of the life and work of Albert Quigley. 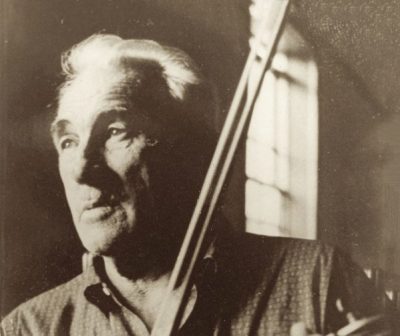 This biographical essay about Albert “Quig” Quigley was written by his son Barney. It reflects on his life as an artist and a musician – in both capacities he made significant contributions to Nelson’ cultural legacy.