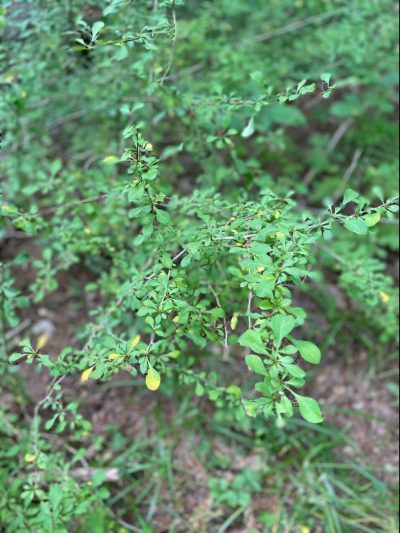 On Monday, August 30, a barberry-pulling “festivity” took place at the Bailey Brook Trail on Old Stoddard Road in Nelson. It was organized by the Harris Center in conjunction with the Nelson Conservation Commission. The robust pulling party consisted of Brett Thelen, director of citizen science programming for the Harris Center; Kathy Schillemat, Janet Yardley, Sarah Wilson, and myself from the Conservation Commission; and three willing volunteers – Al Stoops, Iva Wood, and Susan Turner (and her dog). We met at the Kulish Ledge parking area and began our work just past the trailhead.

The barberry plant, which has sharp leaves and is extremely thorny, is an invasive species that spreads readily and dominates other native plants. Although it is credited with some medicinal uses, it does not provide food or habitat for wildlife. It was a good day for pulling, since it has been so wet that we were able to pull out most of the plants by the roots. We piled the pulled plants roots up. (Although the piles are not the most attractive, it is the best way to deal with the discarded plants and may actually provide cover for some wildlife.)

A few humorous incidents occurred. Iva lost her balance and fell backwards when a particularly embedded plant finally gave way, and I landed in a heap when a log jumped out in front of me! Luckily no one was injured. Some tools made the job much easier. Sarah Wilson brought along a “root slayer,” and Al Stoops brought a tool that acted as a winch. A good old-fashioned shovel also helped. I recommend the “root slayer” to anyone who has a difficult plant to remove! Thick gloves were also a must.

The difference in the areas where we were able to successfully get rid of the barberries was incredible. Much more light came in, giving more desirable plants a chance to grow. Trillium, for example, should now have a better chance to thrive. We were pleased with the amount we were able to pull, although we will have to address another area next year.

An earlier excursion by volunteers shepherded by the Harris Center cleared out one area, counted every plant they pulled, and clearly marked where they had worked. Next year they will return to see how many plants have come back. We are hopeful this will show success! Anyone interested in participating next year (and happy to get dirty and scratched up) may contact Kathy Schillemat and be put on a list for future workers. All joking aside, it was a rewarding experience and satisfying! 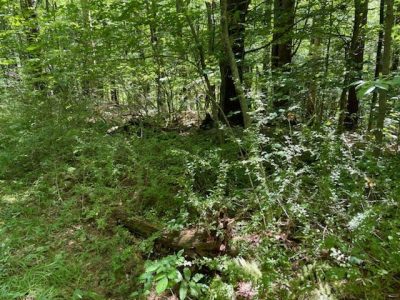 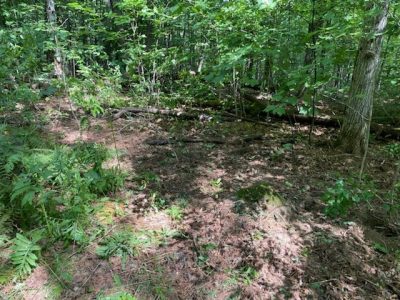 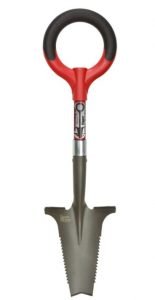