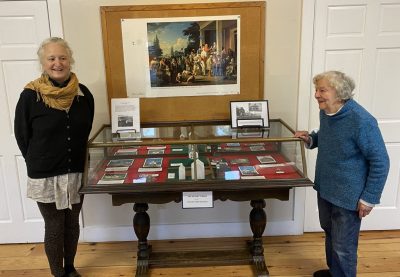 Visitors to the Library and the Town Hall are now greeted with a nice display from the Town Archives. After years of being hosted in the Town Office (where people were distracted by the business at hand) these displays, curated by Town Archivist Bert Wingerson, will now be featured in this more prominent location.

The current exhibit is “Nelson Village Center in the 1840s.” It is a diorama of the streets and buildings that were constructed within a few short years in the 1840s. When District 1 built the new brick schoolhouse on the “Nelson Plain” (as it was referred to in 1838) there were no other public buildings there, but it was the beginning of a pop-up village. The following year Ruel Nims built the store and hotel, his house (the current yellow house), and the center building that lay between them. They were followed by the Nelson Congregational Church and the Town Hall in 1846.

It remains much the same, except for the loss of the two Nims buildings from a fire in 1894, and the addition of the Old Library (above the Common) and the new Library and structure that joins it to the Nelson Town Hall. 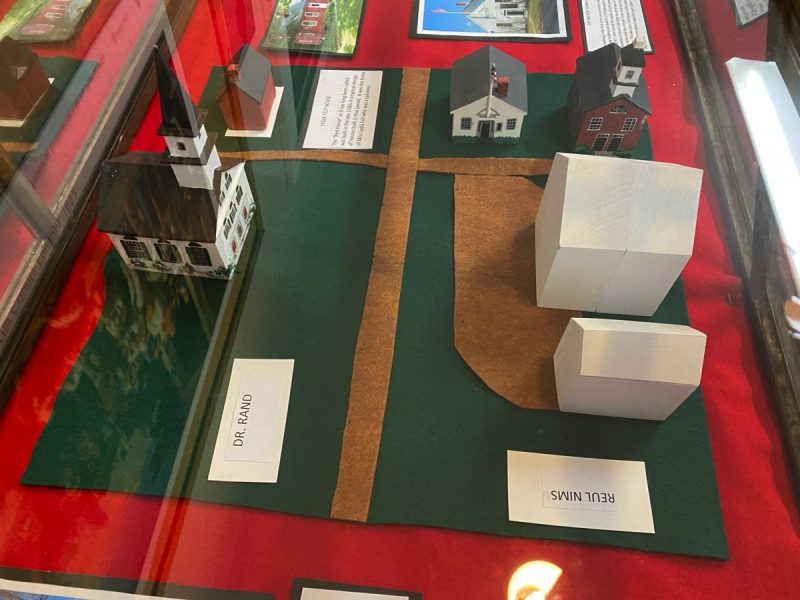 The buildings of this diorama were created by George Kershaw and painted by his wife Susan, who was pastor of the Nelson Congregational Church many years ago. The two “ghost buildings” of the Store and Center building were fashioned by Gary Robinson.

The foyer where this is displayed is open during library hours. Please remember that as of this posting (December, 2021) masks are still required in town buildings. 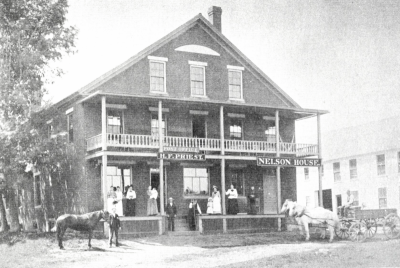 Read more about the Village at this time, on the Nelson History Website.