The Story of the Old Library

The Story of the Old Library 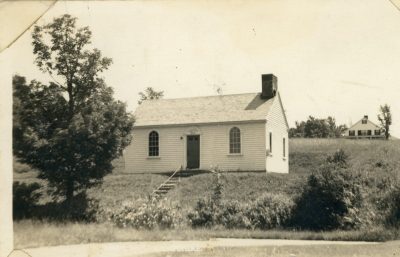 The original Olivia Rodham Memorial Library was the inspiration of Mary Edwards Elliot, my maternal great-grandmother. She convinced Henry Melville to donate the small parcel of land, arranged for architect Alexander F. Law (my grandfather), to design the building, and it was she who raised the funds to pay for its construction. In 1924, it was dedicated in memory of her good friend and summertime neighbor, Olivia Rodham, a botanist and teacher at Swarthmore College. 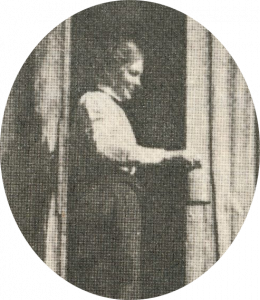 The charming building was a library until the present day library was built (1997). The Old Library was then used for a time as an art and gallery cooperative; my mother, Mamie Francis, was a member of this co-op. But the Old Library also stood empty for long periods. The building proved difficult for the Town to use as it was not designed with ADA requirements in mind and retrofitting it would be both expensive and destructive to the architectural integrity.

My father, Wally Francis, and I took over ownership of the building from the town in 2007, with the intent of saving it from being torn down, resolving to maintain it and use it for civic functions benefiting Nelson. We had the chimney repointed, mitigated the moisture build-up in the basement, painted the interior and exterior, and re-installed the original light fixtures, which had been miraculously kept safely tucked away in a hayloft. Nelson residents might well remember my father cutting the grass of the sloped lawn with a weed-whacker. We invited organizations to use the Old Library as a meeting space, had guest speakers give presentations on land conservation and forestry, and hosted Old Home Day exhibits. 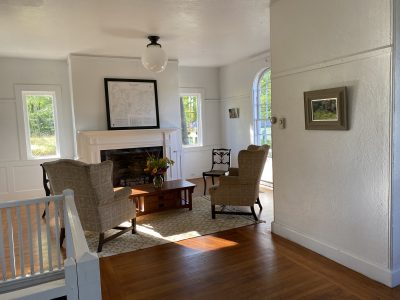 To further secure the future of the building, a small number of Nelson residents – Sandy Mackenzie, Sally Coughlin, Wendy Klemperer, Bud and Kelly French – joined us in forming a Board of Trustees, to create a set of by-laws and apply for NH nonprofit status, which we were granted in 2016. In 2019, my father and I transferred ownership of the building to this nonprofit. Others have since joined the Board, which has been active in promoting the arts as well as land conservation in Nelson. We were deeply touched by the outpouring of support from the community when we created the Wally Francis Memorial Fund in 2019. It is my hope the Old Library continues on as a vibrant community meeting place in the heart of Nelson.

Olivia Rodham, a Quaker, was born in 1845 near Belaire, Hurford County, Maryland, daughter of William and Rachel Rodham. There she grew up, and when her mother and sister died shortly after the Civil War, she assumed the responsibility of looking after her father. At the age of thirty-five, a growing estrangement led her to leave the farm. Abruptly, at night, penniless, she walked to a neighbors.

Excerpts from: A History of Nelson by Parke Hardy Struthers and Olivia Rodham by Robbins Milbank, as originally published in the Nelson / Harrisville Newsletter, February, 1982 – republished on the Nelson History website. 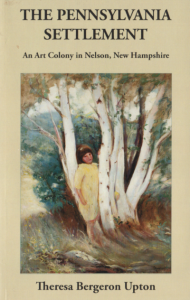 A group of kindred spirits from Pennsylvania followed Olivia Rodham to Nelson. The remarkable story is told by Teri Upton in her book, which is available at the Library, as well as the Historical Society of Cheshire County. It has also been published, in full, with extensive illustrations, on the Nelson History website. 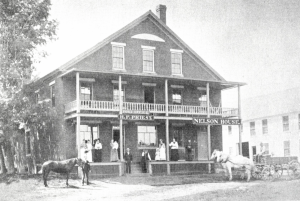 The first library in Nelson was housed in the store on the present day common, which also served as a hotel and post office. This was destroyed in a fire on February 6, 1894.