2004: The situation was precarious! For years the wooden structure which held the mailboxes in the Village had been leaning, more and more every year, engaged in a losing battle with gravity. Those mailboxes, perhaps the most prominent icon of our quiet little town, were inclining closer and closer to the Common. Soon people would need to stoop over to pull up their mail. For the postal carriers, this could give new meaning to the term “ground delivery.”

This collection of boxes hold mail for residents of Old Stoddard Road, Log Cabin Road, Lead Mine Road, and Center Pond Rd, and of course residents living right “downtown” as it were. No one we’ve spoken with remembers when the mailboxes were first installed on the common, but we can all agree that the Village would seem quite naked without them. The question was not that they might disappear, but who would step up to do something about the impending crisis.

Enter Chris Giacomo, born and raised in Nelson, and at age 16, looking for a community project to earn his Eagle Scout status – the highest rank for a Boy Scout.

Chris put together a proposal to replace the decrepit structure with a new one – which would be of similar character and function. What was remarkable about his proposal, and the resulting operation, was not just the amount of work that he put into it, but his apparent skill at managing the project – coordinating logistics and enticing several community members (peers and adults).

We hope that this story is an inspiration for others who might want to achieve the sense of satisfaction of such a job, well done.

The Challenge was apparent. Not that Nelson people have ever wanted things to be too fancy, but this was getting to be a bit too rustic. Plus, the Post Office was beginning to grumble. 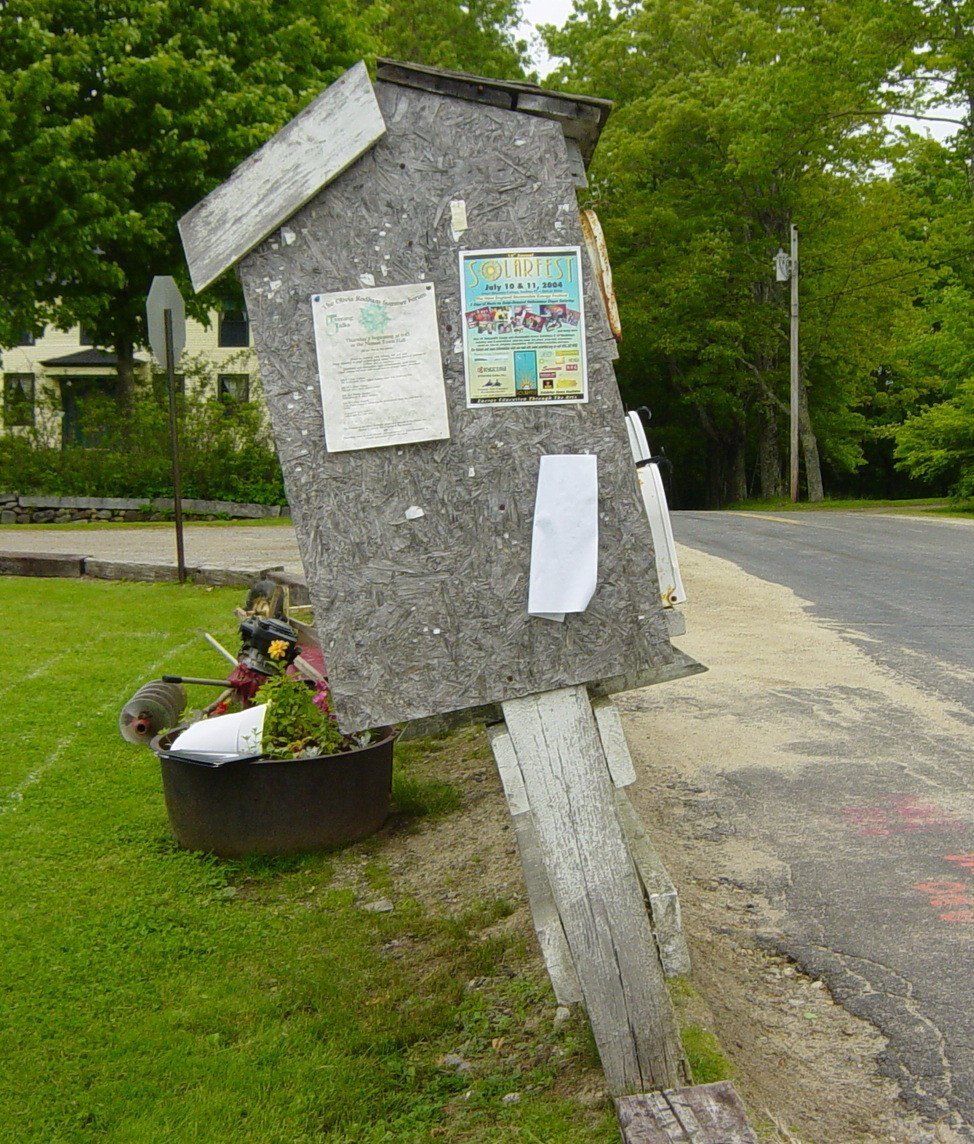 Read the proposal and the letter to boxholders (below) to see the scope of the planning on this project.

Read the Proposal
Letter to Boxholders 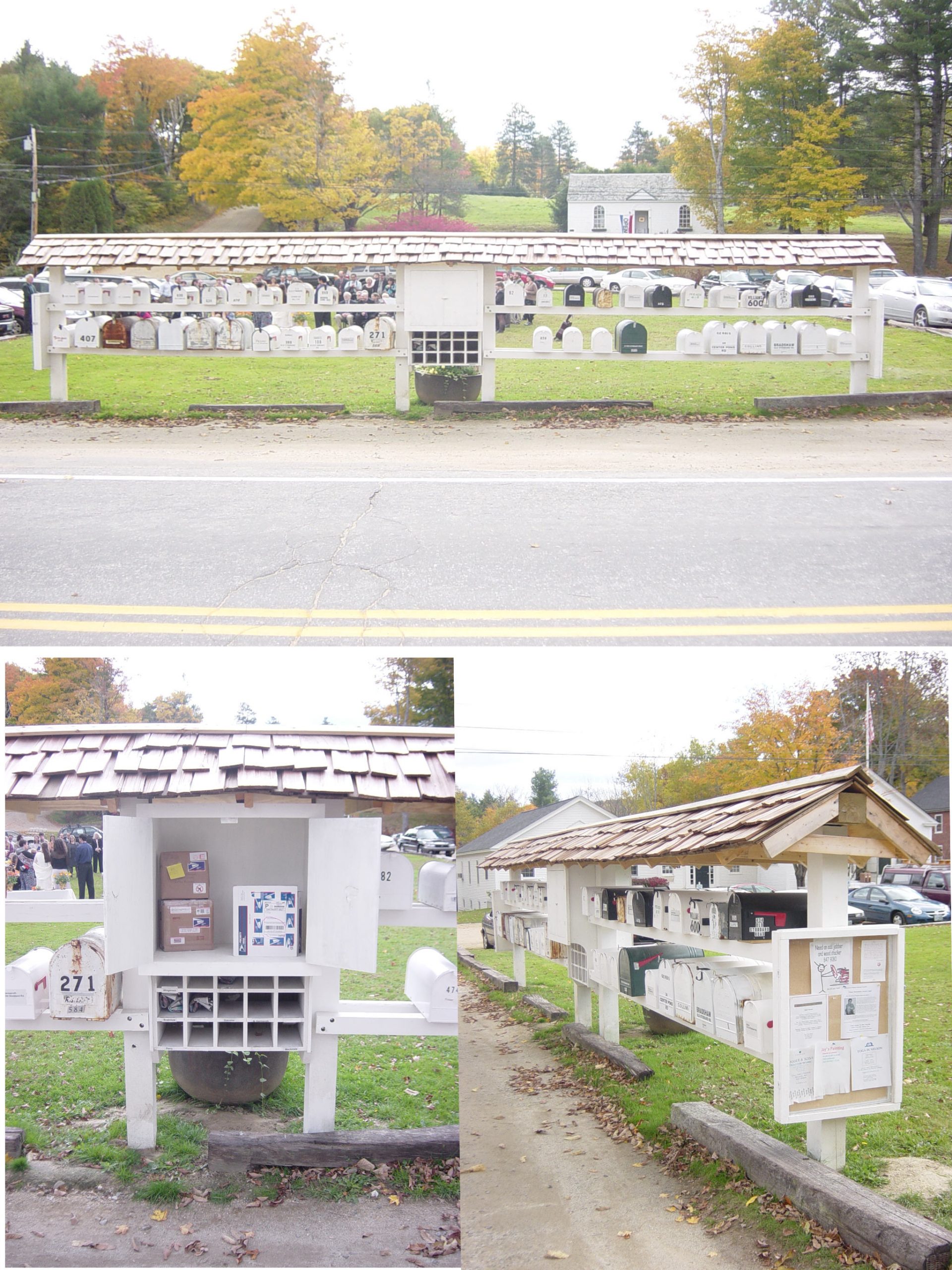 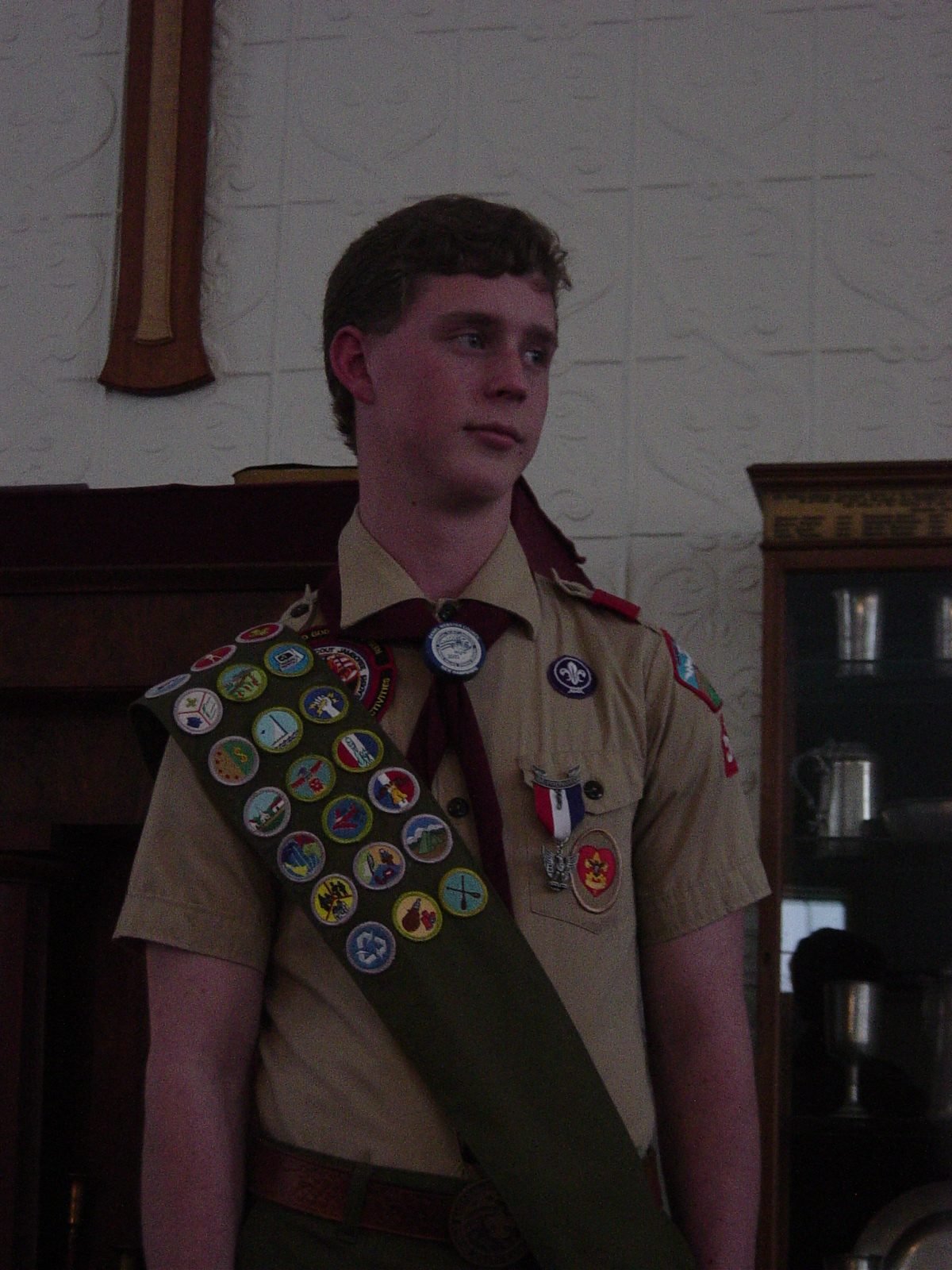 The project was completed over three consecutive Saturdays in June of 2004. The dedication ceremony was on October 4, 2004 and Chris’s Eagle ceremony was in  June, 2005 at the Nelson Congregational Church.

Chris is still sparring with gravity. He was recently promoted to Major in the U.S. Air Force. Here he is flying his glider.

Scenes from the project

Besides troop leaders and family members, other community people who helped out a lot were Russ Thomas, Jeff Walter, Maury Collins and Rick Church. Nelson Scouts included Garrett and Tyler Brnger, Alex Mednick and Ian Frederick, as well as brothers Michael and Gabriel, and of course parents Paul and Elaine. Selectwoman Jane Kirk was a strong supporter of the project.

One of the significant improvements to the structure was the incorporation of a large “closet” in the middle, where packages could be left, and below that, slots for the Keene Sentinel. Above the door of this is a plaque of dedication:

Built in memory of Harold “Dutch” Gerbis by Chris Giacomo and BSA Troop 530.

Dutch Gerbis was Chris’s lacrosse coach when he was younger and they became good friends – Chris considered Dutch a mentor.