For those who are used to expecting the unexpected, last weekend’s snow storm was more entertainment than anything else. It made for a good couch day – catching up on reading, etc (unless you were the road agent!). It also creates an opportunity for boasting: a trip to the tropics of Keene revealed they had no such phenomenon. And of course fresh snow is always photogenic. 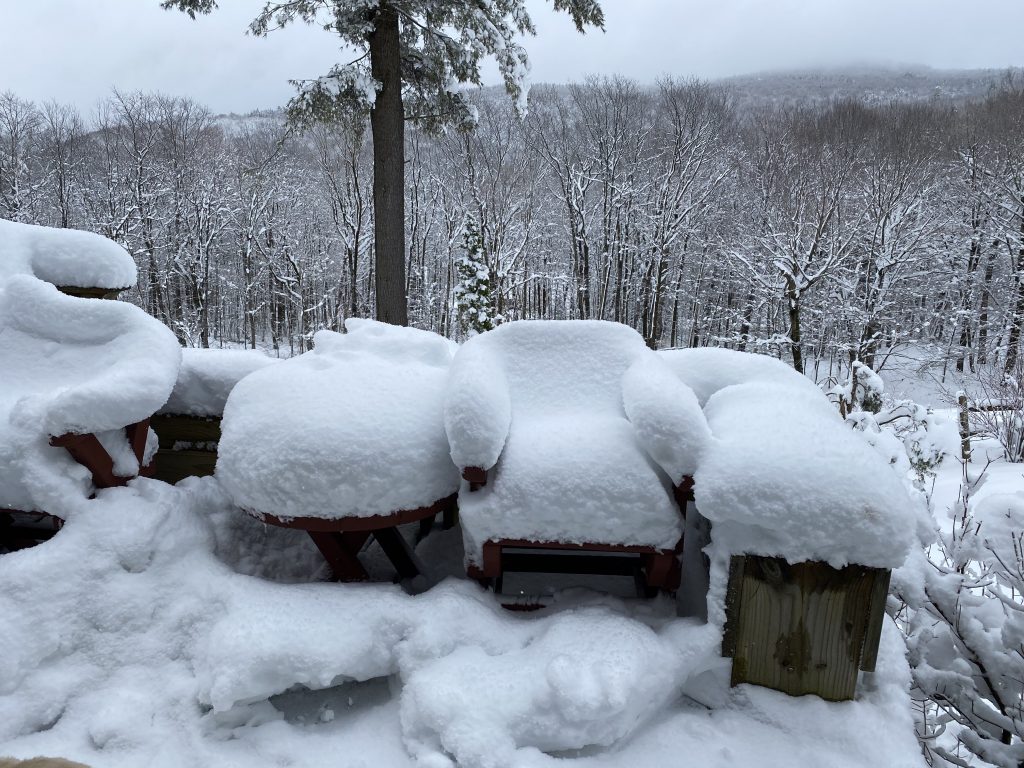 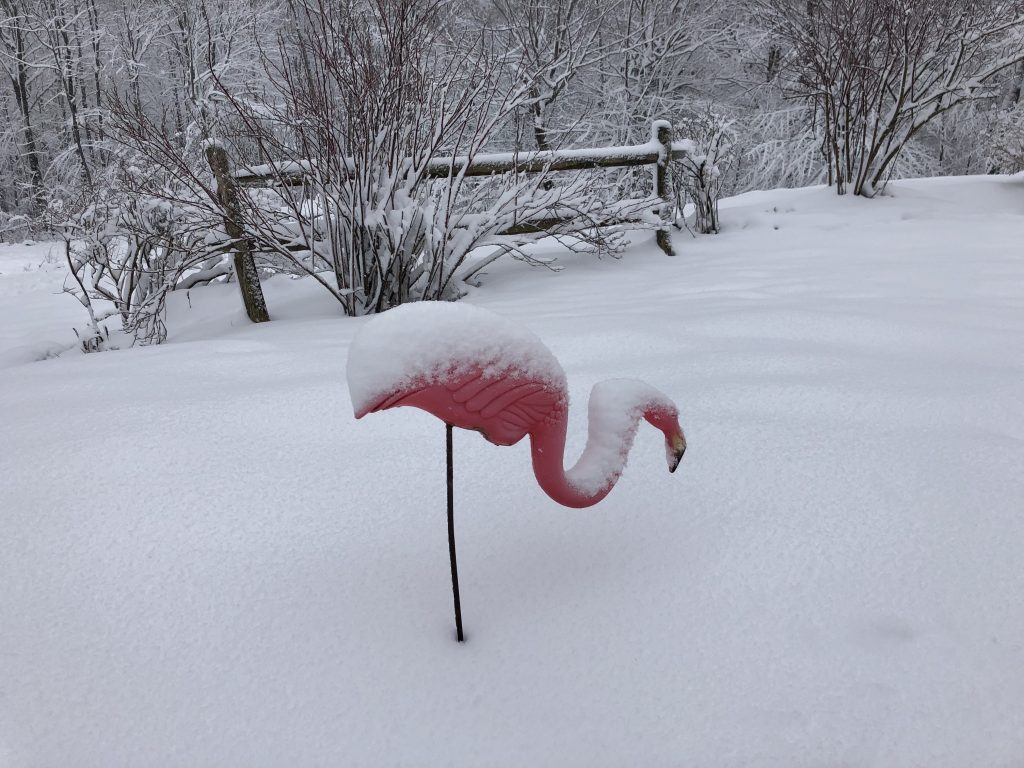 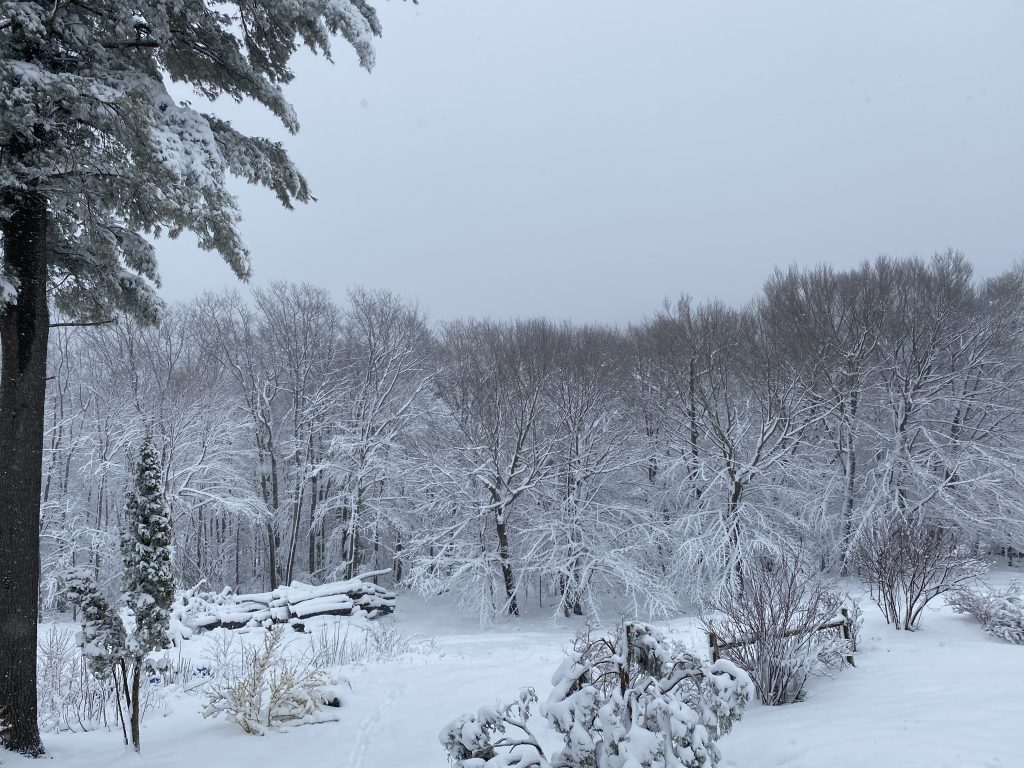 In 1989 Louise Dierker and her husband Dave Patek, playing drum and flute respectively, marched up the hill from the Nelson Common to the cemetery (a steep 1/4 mile), on Memorial Day. This marked the first time (as far as we know) where there was a musical component of Memorial Day commemoration, and indeed it marked the beginning of what became the Nelson Town Band. Since then the ever-growing band has opened the activities with a short concert in the Village, followed by a procession up the hill to the cemetery, where the band plays a couple of patriotic numbers. Local kids circulate through the graveyard placing geraniums on graves of veterans. After remarks from clergy, and some quiet moments in appreciation of this peaceful place, the sound of Taps fills the air, and then people disperse.

While last year the Memorial day activities were cancelled, a few members of the Nelson Town Band found a way to still honor the occasion, going up to the cemetery to play Taps, which was worked into a video with scenes from previous years.

Since the unexpected is still going on, this year the Memorial Day commemoration is still limited: there will be no band concert.  However, led by the Scouts, people will gather in the Village and walk up the hill at noon on Sunday, May 30. Nelson Congregational Church pastor Chris Owen will preside, and a few members of the band will play. Gather in front of the Town Hall at 11:45.

The term Village is used for both Munsonville and Nelson, and it seems to fit quite nicely, though in earlier times each had other elements of a village, such as stores, gas station, tavern, post office. Behind the physical villages there is a community structure, often unseen, which brings people together in various ways, often quite informally. A celebration of friends and neighbors, and a focal point for community projects (such as the road side clean up this Saturday, which launches in the Village of Nelson). 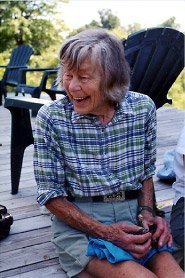 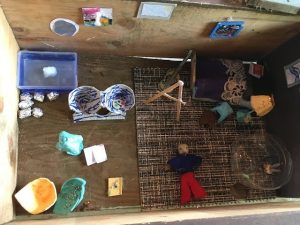 Village was the name chosen by Cia Iselin, back in 1971, when she started a camp for kids which involved creating communities in miniature. 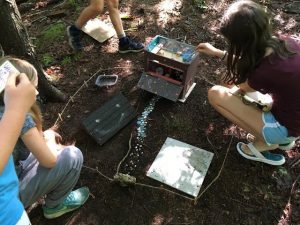 In the course of this day-camp kids create a village in miniature, and through various processes of discovery, they come to understand, in a playful way, the kinds of challenges (physical, logistical, and social) that confront any community – and sure to include the unexpected!. It is thrilling that this year The Game of Village celebrates its fiftieth anniversary with a four week program starting June 28th.

One of the best ways to prepare for the unexpected (as well as fulfill the expected) is to get a robust team in place. As Nelson In Common seeks to expand its Board of Directors, we are interested in adding not only diversity of experience, but a demographic that will lower the average age (currently quite north of 60). We’re delighted to announce two new incoming board members (they will be formally elected at our Annual Meeting on August 21) who will help to move us in this direction.

While Nelson In Common board members are expected to be dedicated, the job does not demand a huge amount of time (4 meetings per year, keeping up with a modest flow of email, and having the option to lead or participate in special projects). There are additional seats available, and we welcome inquiries from anyone who is interested in becoming involved. 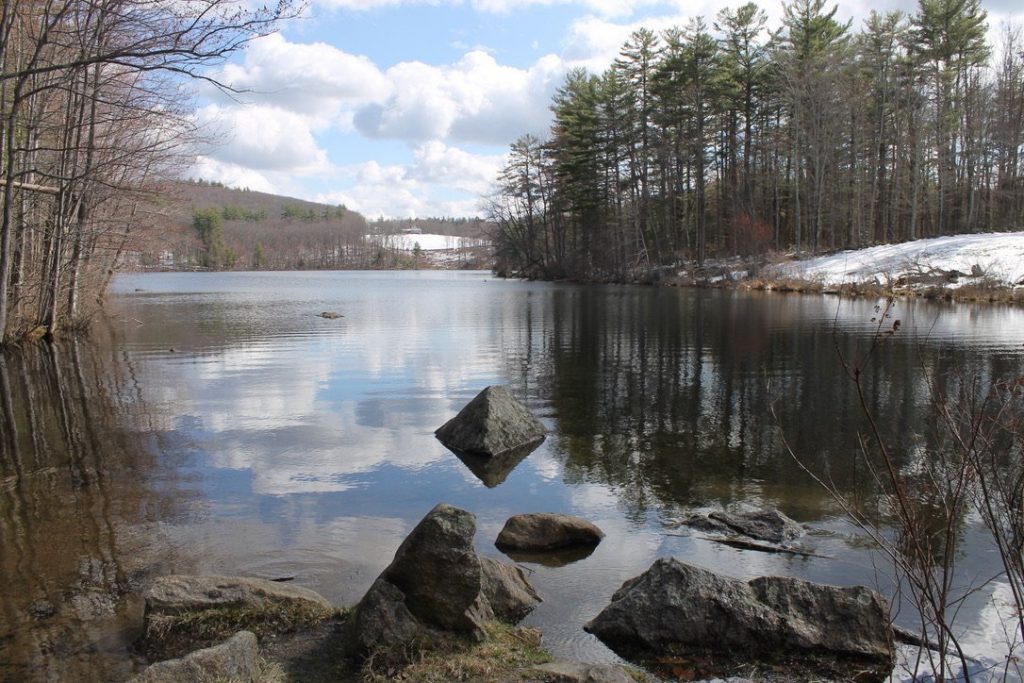 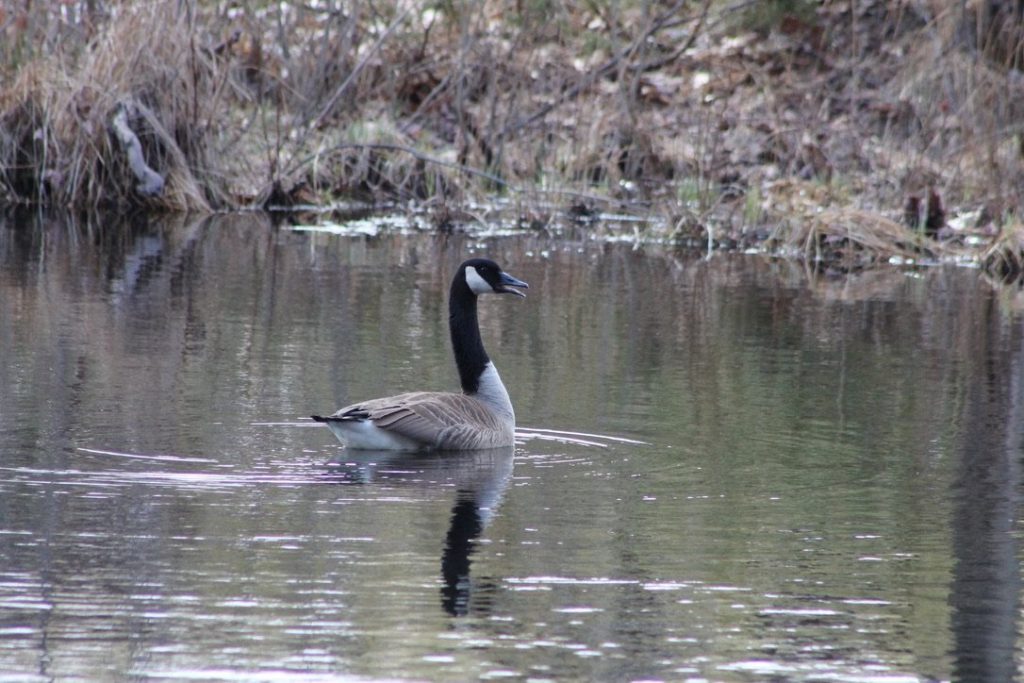 Join your friends and neighbors this Saturday, April 24, for roadside cleanup, harvesting the fallen foliage of the Anheuser bush and other litterati. Or pick up bags outside the Library and cleanup at your leisure over the next week.

Get the details here. 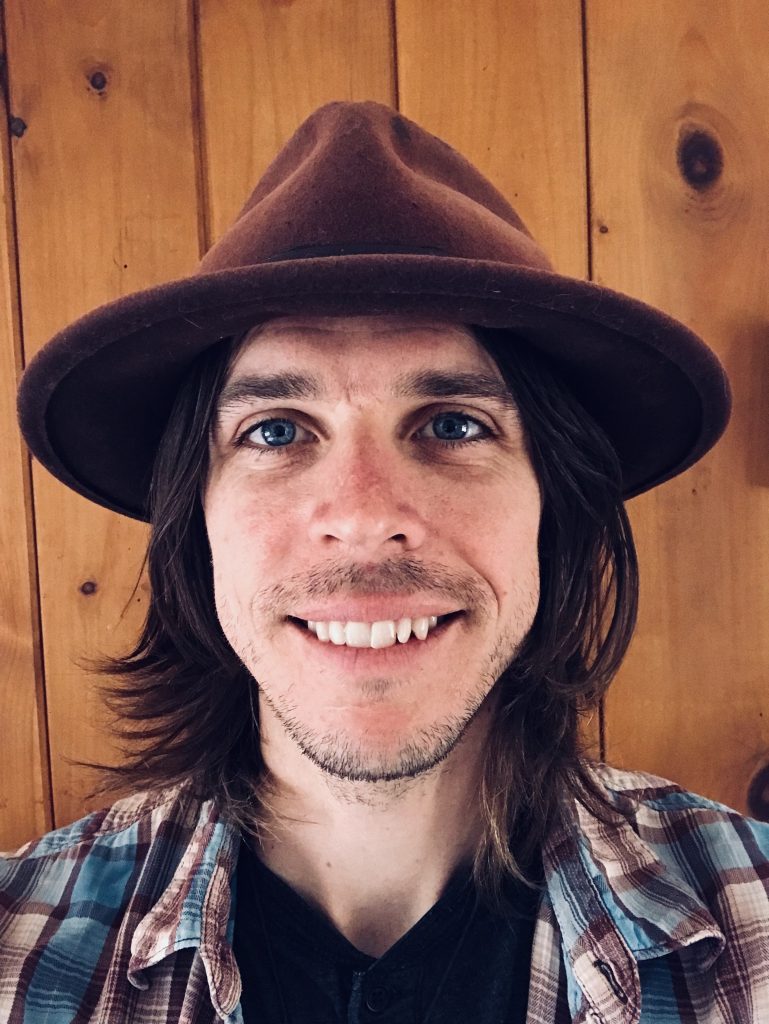 I live on Brickyard Road with my wife Rachel and our son Ryder. We moved here from Marlborough in 2017 after purchasing our house and land from Paul Gibbons.  We plan to spend our life here. I graduated from the University of Vermont in 2013 with a degree in English.

I am a songwriter and recording artist for the folk band Party of the Sun and like most “Nelsoners,” an aspiring homesteader. We keep chickens and grow as much of our food as possible.

I am interested in joining the Nelson In Common board to help our community grow stronger and more connected. Providing space to tell shorties and share ideas allows relationships to deepen and communities to thrive. 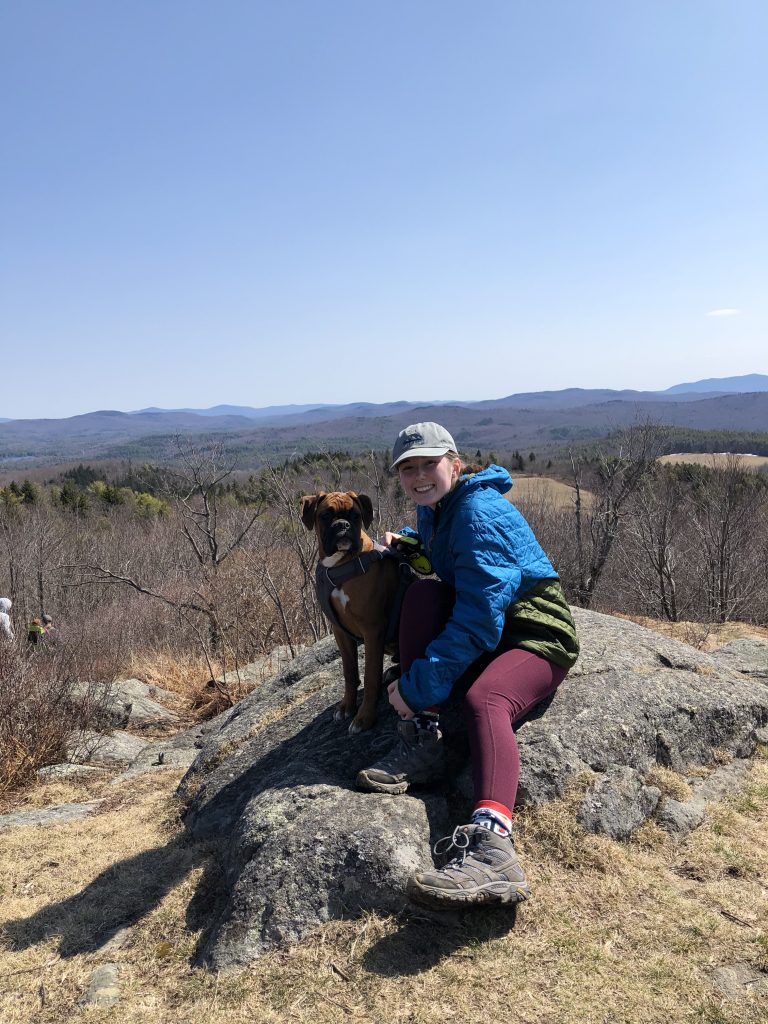 I have always wanted to be more involved with the town and this is a great opportunity for me to meet new people. I believe that this website is just what we need to stay connected, and I would be honored to be a part of it.