Woodstoves Over the Years

Woodstoves Over the Years 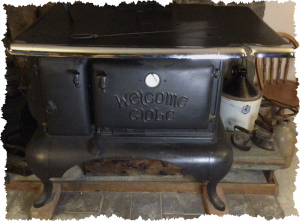 Back in the winter of 1974, Seth Kallman and I were renting a modest house on Zephyr Lake in Greenfield. We had acquired a rusty wood cookstove that we hauled out of an abandoned cabin in the woods. In retrospect, it probably did not belong to the person who sold it to us. That stove led to me coming to live in Nelson, as follows: Seth had met Michael Iselin from selling a truck through the Market Bulletin, and though we didn’t really know him, we ended up inviting him (and by extension, Alouette) to a Sunday dinner. We had bought a turkey for the occasion, and late morning popped it into the leaky oven. We hadn’t done much cooking with it, and realized, shortly after our guests arrived, that our dinner planned for 1 p.m. was going to be delayed – by several hours. We utilized that time by working on several bottles of wine and engaging in the kind of enlightened conversation that can only come from those circumstances. By evening after we’d finally had dinner, we had somehow earned a reciprocal invitation, and some weeks later I came to Nelson for the first time. As we drove into the Village I thought, “This is the town where I want to live.” 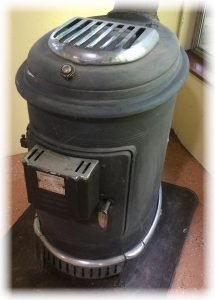 By the next winter (with Seth still in tow) I had moved to a huge run-down farmhouse in Sullivan, but almost in Nelson – right off Route 9, where there is currently a Toyota Land Cruiser business. The house (14 rooms, I believe) was a stranger to insulation, and we being strangers to solvency, had quickly foregone buying propane for the furnace, and settled into hauling water, as the pipes had no deterrent from freezing. By then we’d acquired an Ashley stove. That brand of stove was known for being able to burn green wood, albeit without producing many BTUs. We were working over at Onset Ski area in Bennington, and for a while on our daily commute on Route 123 we were able to pick up wood that the State was cutting. When that ran out, we took to going out into the yard, felling a tree, and cutting a couple of days worth of logs. The living room, where the wood stove was located, was the only room in the house where a glass of water wouldn’t freeze. Some years later the place burned down. I suspect it was the only time the house ever got warm. As an aside, one fond memory I have of living there was frequenting Lester’s Store, which, like the Munsonville Store, also housed the post office. Frank Lester, always puffing on his pipe, was a friendly character and I suspect some people reading this will remember him. 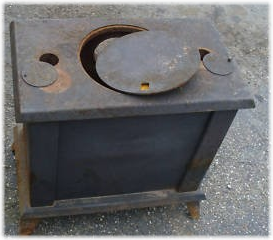 The next stove I remember (and there are several that I don’t) was a Tempwood, which utilized a downdraft system. Most people I know who experienced Tempwoods either loved or hated them. I was in the former category, and one particular feature I liked was being able to take off the top lid and set in a wok, which would achieve the intense temperature required for good wok cooking. 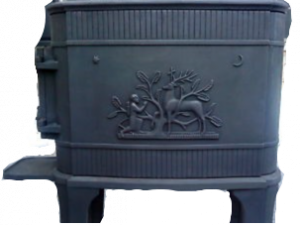 When I met my wife, Susan, she was already established in the house where we still live. She had built it in the winter of 1979-80 and had acquired a new Lange stove. We had it rebuilt a couple of times, and it gave us many years of service before we replaced it about three years ago with a Jotul, which we don’t like nearly as well (the Lange, a Danish stove, is no longer being made). One charming feature of that stove was a relief image on the side (see photo). At one point, when he was a young boy, our son Spencer carried part of that image as a brand, a result of trying to warm himself after a bath (we’ll spare further details, but you can ask him).

Perhaps one reason wood stoves are so associated with deep memories is that our involvement with them usually commences with a chainsaw, and continues with hauling, splitting, and stacking logs, then the final act of getting the wood from the shed into the stove. It’s a labor-intensive process that, at some point, we will let go of.

Meanwhile, we are not the only ones to find comfort from the heat. 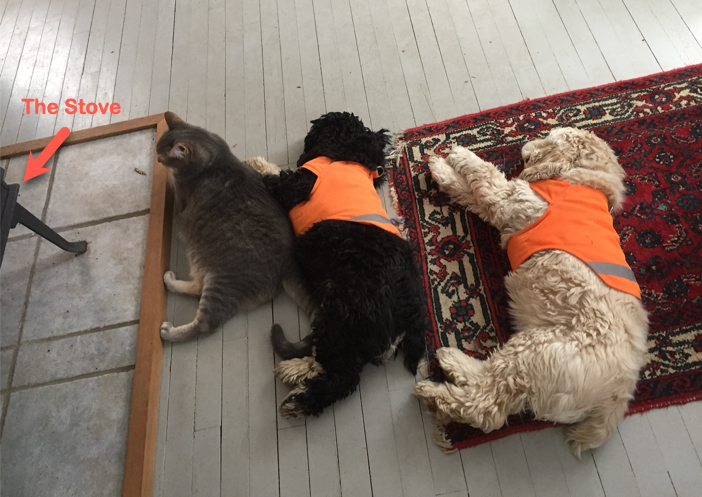 Send in a submission for Nelson Small Talk (200 words or less, can include photos)

Or send a longer story for consideration.

We’ll be stoked to get your story!